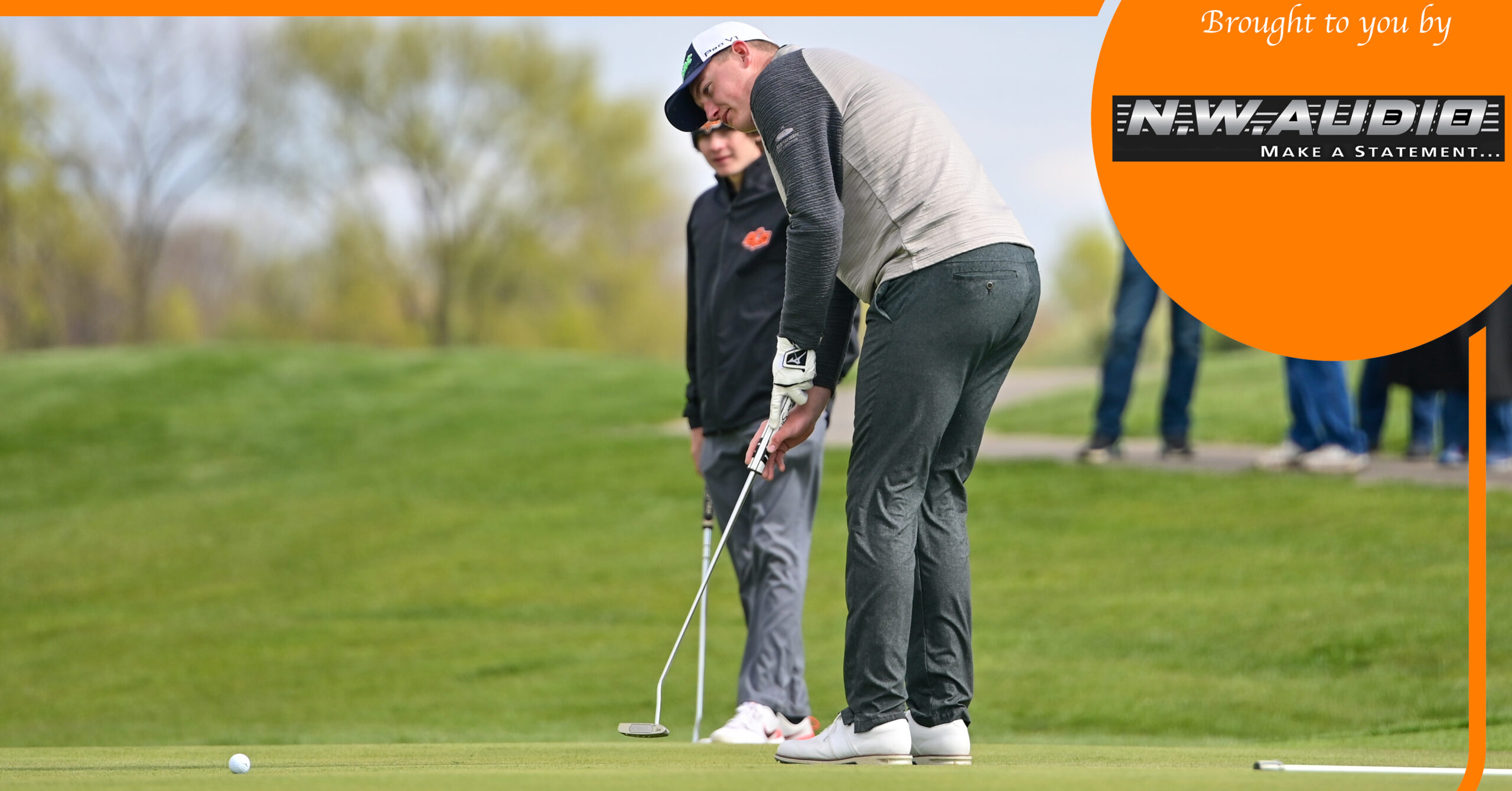 Guffey gives Platte County another option in the lineup

A newcomer to the lineup provided a big boost for Platte County in a tough Liberty Invitational field.

Colby Guffey, one of six seniors on Platte County’s roster, made his tournament debut and third varsity appearance of the season Thursday at Hodge Park Golf Course in Kansas City. On a day when the Pirates weren’t at their best, Guffey carded a 13-over 85 to post the second best individual score for the team.

Platte County came in as the only Class 4 team in the field, which consisted of mostly Suburban Conference Gold and Red Division teams plus Rockhurst. The Pirates came in eighth with a 346, and Guffey finished in a tie for 29th.

“It felt good,” Guffey said of moving up to varsity. “It is a lot different atmosphere. It felt good to be playing with the big boys.”

Platte County sophomore Parker Amos continued his play as the No. 1, carding a 9-over 81 and placing in a tie for 21st. He posted a 39 on the front nine, and he and Guffey shot identical 42s on the back side.

Guffey admitted to nerves on his first hole after play was delayed for an hour due to frost on the course but settled down after a bogey. He didn’t have any birdies on his round but recorded seven pars overall — four in the first six holes.

The final two pars came on Guffey’s last two holes at Nos. 6 and 7.

“I was really happy with how it turned out,” said Guffey, who played in the six-man varsity lineup at the Pirate Scramble Invitational before making his top-five debut in a dual with Oak Park.

Guffey worked his way from 13th on the lineup when the season started to the top six, following a similar trajectory to first-year senior teammate Lakin Talley to earn a shot. Guffey, who stands 6-foot-5, noted the key behind the move up the ladder involved reading to adjust his mental approach.

Park Hill’s Baker Fredal claimed medalist honors, while Amos led Platte County with a 43. In a bunched finish for the Pirates, Gomel (46), Talley (47) and Handke (49) rounded out the team total.

“This was not quite our best round of golf, but it was good enough to get the job done,” Platte County coach Trevor Short said. “We struggled a bit all over and need to get a few things fixed as we head into the final weeks of our regular season.”

This was the first win in the series Platte County since the matchup started in 2018 with Park Hill taking the honors in 2018 and 2019.

The match also featured a highlight down the lineup.

Platte County freshman Sal Avalo-Bradley played as an extra player and recorded his first hole-in-one. He has only been playing golf for two months but achieved one of the most coveted individual accomplishments in golf when he aced No. 12 with a 3-hybrid club on a 189-yard layout.

Amos earned medalist honors with a 41 on the par-36 setup, while Gomel shot a 44. Handke and Talley rounded out the team score with a pair of 48s, while Guffey played in the No. 5 position.

Originally scheduled as a match-play format, Platte County adjusted to get another round in with the postseason approaching.

Platte County plays again Tuesday in the Highway 92 Showdown vs. Kearney and Smithville at Paradise Pointe Golf Complex in Smithville, and those three teams will be the favorites next Monday in the Suburban Conference Blue Division Championships at Shiloh Springs.