Platte County closed out the Winnetonka Holiday Invitational with a comeback victory in the 400-yard freestyle relay, seemingly making up for an earlier disappointment. The team of senior Meredith Ballou, junior Drew DeLay, sophomore Brooklynn Hays and freshman Madeleine Stone ended up disqualified from the 200 medley relay to start the day, but the big […]

Platte County fired off a barrage of shots late, but the deficit in place could not be overcome. Fourth-seeded and upset-minded Guadalupe Centers continued an impressive postseason run with a 3-1 victory Wednesday night at Pirate Stadium in the Class 3 District 8 championship game. The Aztecs knocked off No. 1 seed Pembroke Hill in […]

LEE’S SUMMIT, Mo. — Platte County still didn’t have the optimal lineup and never ran a senior in the top seven this season. No matter. A second-place team finish in Saturday’s Class 4 District 4 race at Lee’s Summit North sends the Pirates the Pirates back to the Class 4 Missouri State Championships for a […]

Platte County loss 10-0 in the Class 4 state semifinals Friday but came back to beat Incarnate Word Academy in the third-place game. Both games were played in Springfield.

NEW BLOOMFIELD, Mo. — Platte County’s goal of bringing home a team trophy from the Class 3 Missouri State Golf Championships were essentially dashed after Day 1 of the tournament. However, the players showed a familiar rallying spirit in the second round Tuesday at Meadow Lakes Acres Country Club, making a small push to post […]

EXCELSIOR SPRINGS, Mo. — Abby Reynolds picked a convenient time for her first career home run. Platte County’s junior centerfielder launched a three-run shot in the bottom of the fourth inning against Excelsior Springs in the Class 4 District 8 championship game to spark the Pirates to a 9-4 victory Saturday at Excelsior Springs High […]

BELTON, Mo. — The worst playing conditions Platte County faced all year provided an extra degree of difficulty from the start of the Class 3 District 4 Tournament on Monday. Teams were forced to wait around until noon for rain to clear up enough to allow for a shotgun start. The Pirates then navigated the […] 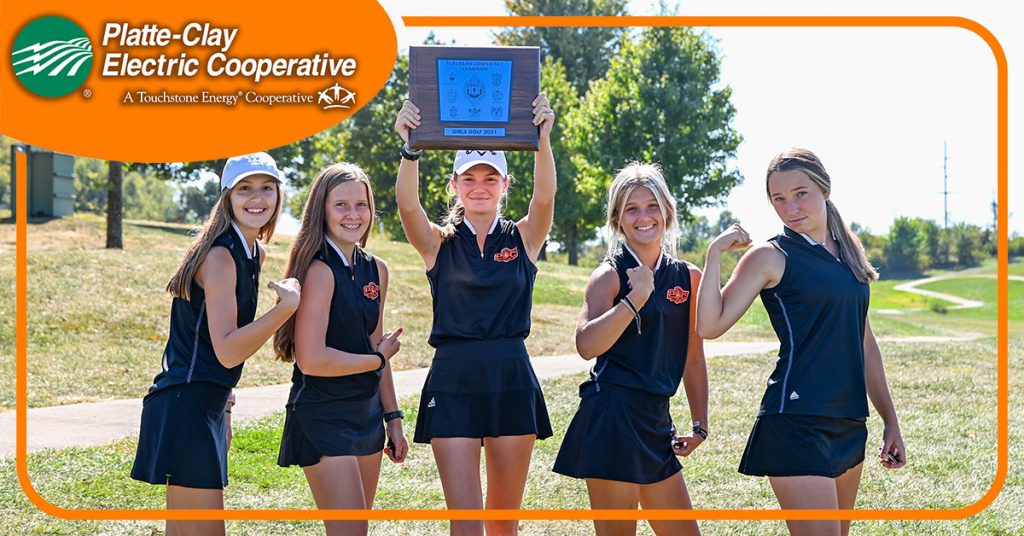 Eden Shipp came into Platte County’s lineup with built-in expectations — lofty ones. The younger sister of twins Jessalyn and Kasydie Shipp, both four-year standouts, might leave as the most decorated of the trio. Eden Shipp took part in her fourth and final Suburban Conference Blue Division Championships on Monday at Shiloh Springs Golf Course […]

Platte County traveled to the Gans Creek Classic on Saturday in Columbia, Missouri.