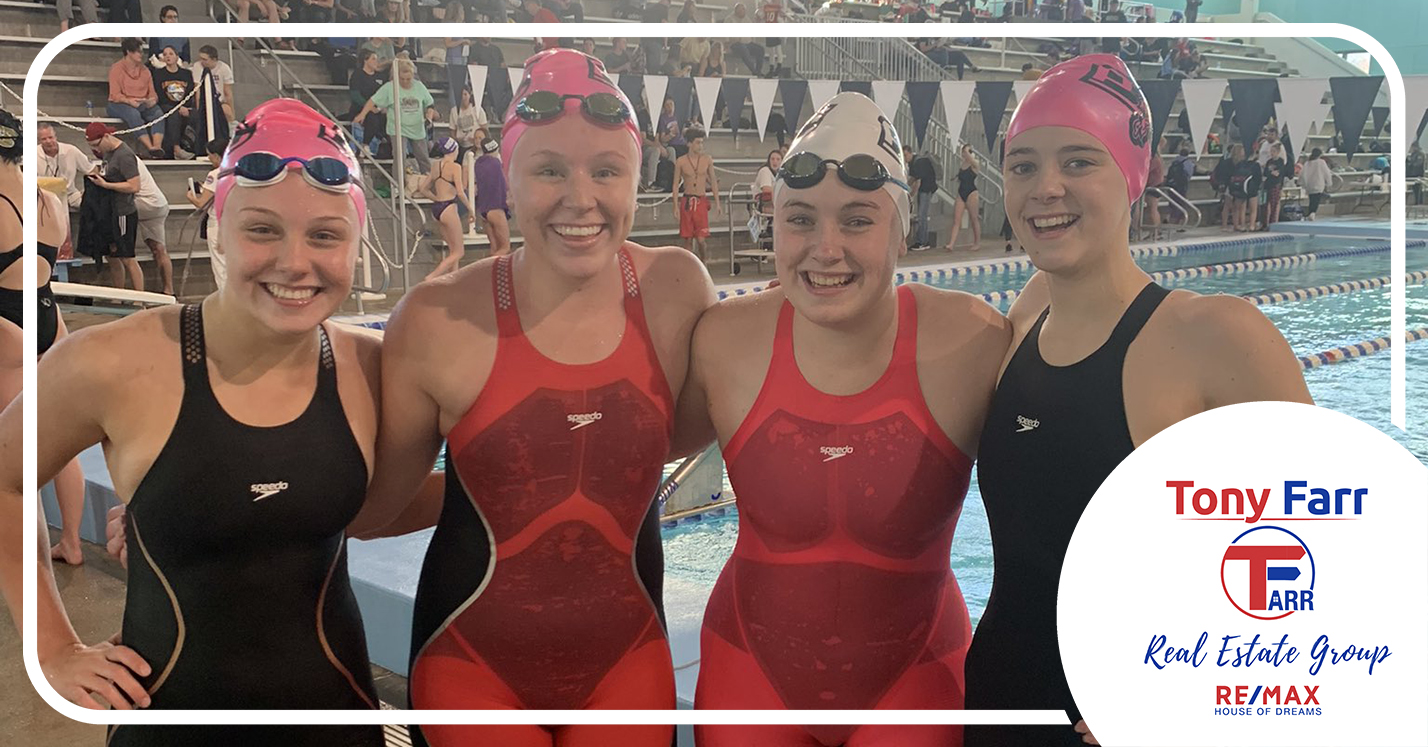 Platte County closed out the Winnetonka Holiday Invitational with a comeback victory in the 400-yard freestyle relay, seemingly making up for an earlier disappointment. The team of senior Meredith Ballou, junior Drew DeLay, sophomore Brooklynn Hays and freshman Madeleine Stone ended up disqualified from the 200 medley relay to start the day, but the big points from the same quartet late in the final event pushed the Pirates to fourth in the final team standings out of 32 teams.

In all, Platte County totaled 196 points in the day-long meet at Gladstone Community Center. The only teams to finish in front of the Pirates were Class 2 schools Liberty North (351 points), Staley (299) and Lee’s Summit (206).

“It was awesome, and it was good to see challenges from schools bigger than us to have more (competition) to see,” Platte County first-year coach Ben Rackers said. “It was a great meet. Everyone was dropping time and a few dropped quite a bit of time. We had a couple of (new state times) and other people right there.”

Hays in particular provided a big boost in her first week of competition, missing the opening quad due to a lack of state-mandated practices.

With the likely optimal lineups in place, Platte County came in second in the 200 medley relay and would have set a new season-best if not for the disqualification. In addition, the points accrued there would have bumped the Pirates closer to third place with Lee’s Summit moving from fifth to fourth in the event.

Platte County overcame a pair of broken goggles in the 400 freestyle relay to clip Staley on the final leg, posting a new season-best of 3 minutes, 50.88 seconds. The Falcons were second in 3:51.19.

While still early in the season, Platte County’s new Missouri State Swimming and Diving Championships consideration time ranks second in Class 1. The state no longer hands out automatic bids, but the top 32 in each individual event and relay qualify with participants limited to two individual events and two relays.

Hays, DeLay and Stone all posted consideration times in individual events, as well.

Now up to four state-qualified events, Hays came in second in the 50 freestyle (25.87) while finishing third in the 100 breaststroke (1:12.11). DeLay placed second in the breaststroke at 1:10.74, moving up the state rankings after bettering her previous season-best by more than 2 full seconds in the competitive field.

DeLay also placed sixth in the 200 freestyle with a new-season best state consideration time of 2:06.23.

Ballou finished fifth both in the 200 individual medley (2:22.21), a state cut and the best in the event for the season for any Platte County swimmer, and 100 butterfly with the current No. 14 time in Class 1 (1:04.11). Stone also added a fourth-place showing in the 100 backstroke (1:06.86), becoming the first for Platte County to hit a state cut in the event this season. She placed eighth in the 200 IM, and sophomore Jayden Benninghoff placed ninth in the 100 backstroke, two events where the Pirates had multiple point-scorers.

Continuing a busy start to the pre-Christmas schedule, Platte County will compete tonight at the Park Hill Aquatic Center against host Park Hill South and others before hosting the Pirate Invitational on Saturday at Platte County Community Center North. Rackers estimated anywhere between 15 to 20 teams will compete at the team’s largest home meet.

The Pirates won five events and topped four other schools in a five-team competition Tuesday in North Kansas City.

Hays made her season debut and posted a pair of consideration times in winning the 200 IM (2:25.60) in front of runnerup Shank and placing second in the 100 freestyle (58.12). She also bolstered a pair of impressively victorious relays. Both the 200 medley team (2:00.09) and 400 freestyle team (3:59.76) of Hays, DeLay, Madeline Stone and Ballou set season-bests in their first time together, although the latter bested that time by nearly 9 full seconds four days later at the Holiday Invitational.

In the pentangular, Platte County’s 200 medley relay won the race by nearly 12 seconds, while the 400 freestyle topped second-place Belton by nearly 20 full seconds. The Pirates scored big points in the relay with the 200 freestyle team of Judy, senior Erian Stone, junior Samantha Teufel and Beatty finishing second in what would be a state consideration time but not the season-best for the team.

Platte County ended up with 670 1/2 team points despite not having any competitions in 1-meter diving. Belton came in second at 586 while Winnetonka was a distant third 297 in front of St. Pius X and St. Joseph Central.

The 100 backstroke ended up big for Platte County, which took the top five spots in that event. Ballou won in 1:09.87 followed by Benninghoff, Erian Stone, Shank and junior Ella Chiddix. Ballou added a state consideration cut in the 200 freestyle, finishing as runnerup in 2:09.56.

DeLay accounted for the other individual victory, posting the No. 7 time in the state for Class 1 in winning the 100 breaststroke (1:12.87). She also placed second n the 50 freestyle at 26.92 to claim another state consideration time.