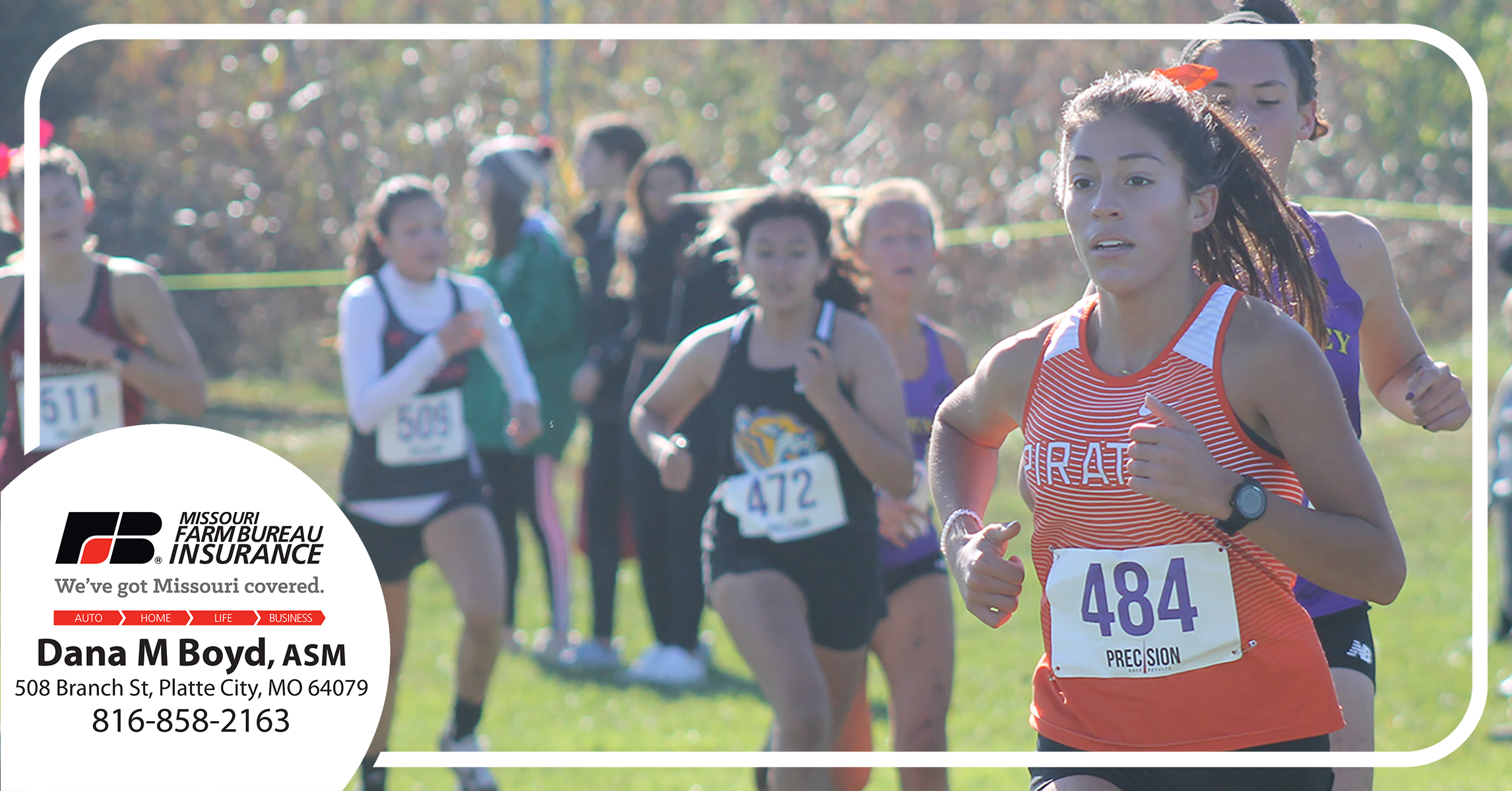 LEE’S SUMMIT, Mo. — Platte County still didn’t have the optimal lineup and never ran a senior in the top seven this season. No matter.

A second-place team finish in Saturday’s Class 4 District 4 race at Lee’s Summit North sends the Pirates the Pirates back to the Class 4 Missouri State Championships for a second straight year. However, this time all seven members will go this year under a revamped format from the 2020 setup used in part to deal with COVID-19 protocols.

Only sophomore Carmen Gentilia returned from last year’s group of five individuals that qualified out of Class 4 District 8 a season ago, earning third-place Platte County the chance to compete as a team without the full complement of runners. Only the top two teams were guaranteed spots in that format.

“They are really excited,” Platte County first-year coach Courtland Ingram said. “We didn’t know how it would turn out, and I’m really happy for the girls, especially the ones that returned. They just missed out as a team last year and this year, I’m happy for them.”

Platte County finished with a team total of 78, finishing well back of champion Kearney (33). The other three automatic qualifying spots behind the Bulldogs were tight with Warrensburg taking third in a tiebreaker with fourth-place Pleasant Hill. Both of those teams totaled 83 points.

Continuing a standout debut season, Platte County sophomore Sisely Mitchell made a big difference, finishing as district runnerup in 20 minutes, 12.95 seconds. She did finish again behind Kearney freshman Alex Kinstler in a repeat of the 1-2 runners in the recent Suburban Conference Blue Division Championships, but the gap between the two closed to just 3 seconds this time.

Mitchell opted out of volleyball and gave up hockey this season to focus on distance running, and her quick ascension to become just the fifth runner in program history to have a sub-20-minute time helped make up for Gentilia’s limited schedule this season due to injury and the absence of sophomore returning state qualifier Lydia Doole, who did not run this year due to offseason surgery.

Gentilia didn’t debut until late in the season and ran just her third race Saturday, placing 11th (22:06.00). In general, times were slow on a course with tight turns in spots and widespread muddy conditions due to days of rain in the days leading up to the event.

However, Platte County dealt with the adversity and placed five in the top 30.

Platte County junior Sloan Kassen (18th, 22:58.72), sophomore Alex Beeman (23:22.26) and sophomore Marissa Orellana (29th, 23:45.19) rounded out the scoring five for Platte County. Orellana in particular continued to impress, having earned a spot on the Pirates’ varsity lineup after starting the year well down the depth chart.

After the race and with results becoming official, Ryanne Rhude, a senior state qualifier from 2020, celebrated with her former teammates. She was part of a strong contingent of graduated seniors who led the Pirates back to state for the first time in a decade and helped set the stage for a rebuilt team to make it back-to-back appearances.

“That is exactly what you want to see as a coach,” Ingram said. “They are very supportive and make you really proud.”

With just five runners in 2020, Platte County finished eighth overall at state in Class 4. Gentilia ran her career-best time in that race and placed 46th overall. Gentilia projects as a potential all-state runner according to the Missouri MileSplit virtual race that puts the Pirates as the 11th-place team.

Platte County runs at 9:45 a.m. Friday on the course at Gans Creek in Columbia where the team experienced low times and success during a regular season race there earlier this season.