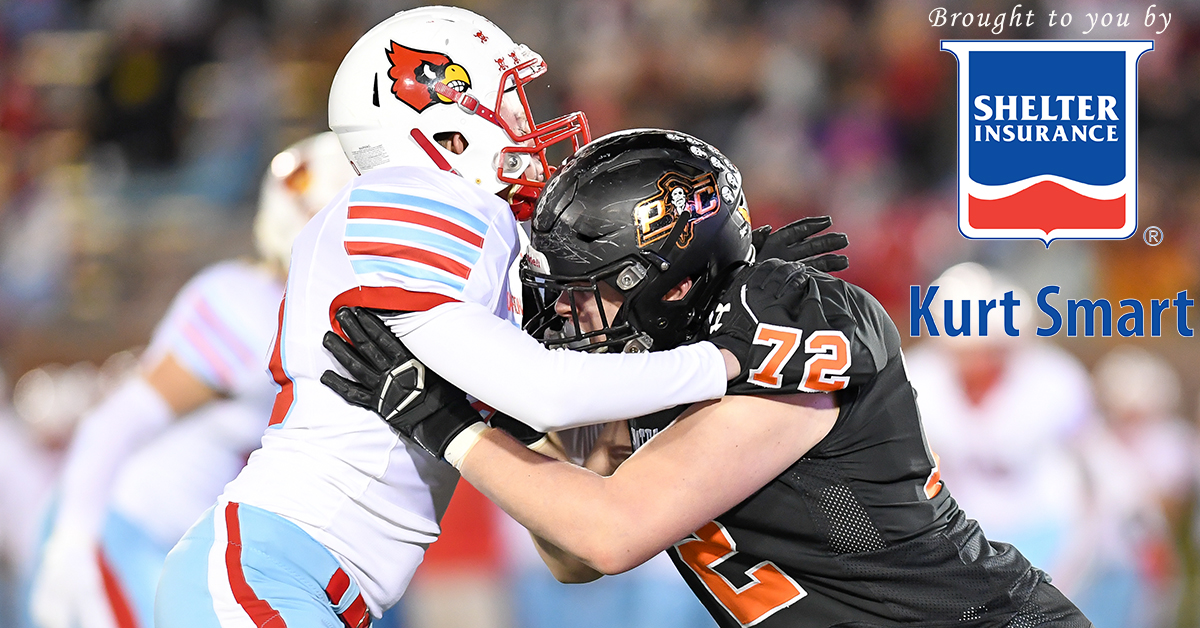 For the second straight year and the third time in four years, Platte County clashes with one of the standard programs in the state. This time, the Pirates want the third part of the trilogy to end with a different victor.

Webb City (11-1) hosts Platte County at 1:30 Saturday afternoon in a Class 5 semifinal that ironically is a rematch of last season’s Class 4 Show-Me Bowl. The Cardinals ran away with last year’s matchup at Faurot Field on the campus of the University of Missouri in Columbia, taking a 48-0 blowout.

In 2017, Platte County earned its first-ever trip to the state semifinals at the Class 4 level but couldn’t quite pull off the upset in a 21-18 loss at Webb City. Given the previous results and the Cardinals’ overwhelming tradition, there’s reason to be confident but don’t expect veteran coach John Roderique to overlook anyone and always anticipate him being complimentary of his opponent.

“We feel good about the fact that we are still playing,” Roderique said. “I wasn’t sure if anyone would still be playing at this point in the year (because of COVID-19). We feel fortunate to still be one of four teams still playing in Class 5. We have been a team that has improved tremendously since the early part of the year.

“I noticed all four teams on our side of the bracket in the quarterfinals this year were Class 4 teams last year. It seems very unusual (for a rematch with Platte County), but it means that both teams are playing at a pretty high level.”

Platte County also enters with an 11-1 record, having lost 42-37 to North Kansas City in Week 4 in a bizarrely high-scoring matchup. The Pirates later avenged that loss with a 24-17 win in the Class 5 District 8 semifinals.

Webb City lost its opener 41-40 to Class 6 Joplin — state runnerup in 2019 at that level — and the current 11-game winning streak includes toppng No. 1-ranked Carthage – the defending Class 5 state champions, 42-21, in the Class 5 District 6 title game.

Last week, Webb City overcame a slow start last week to top Lebanon 42-14 after holding a slim 14-8 advantage at halftime over the Yellowjackets. The Cardinals rattled off 21 unanswered in the third quarter to pull away and earn a 12th state semifinal appearance in the past 13 years.

Webb City has scored 42 points or more in five straight games and have hit 40 or more in eight of the 11 games. Platte County has allowed more than 20 just twice — 42 that included four defensive and special teams touchdowns in the loss to NKC and 28 in the first half of last week’s 31-28 comeback win over Grain Valley in a Class 5 quarterfinal.

“Our offense will need to play consistent and limit negative plays,” said Roderique, who is 297-27 in 24 years at the helm. “Last year, we saw several different looks from their defense. Defensively, they seem to be more about blitzing this year. They are faster on defense than last year. They play very physical and tackle well. I’m impressed with how hard they play on defense.”

While Platte County provided a scare in the 2017 meeting, Webb City dominated start to finish and put a 35-point running clock into effect with 7 minutes to play in the third quarter. The Cardinals did what they do to most teams: run the ball in its veer option attack to great effectiveness.

Platte County allowed 412 yards on 42 carries, an average of 9.6 yards per carry in its most lopsided loss in years. On offense, the Pirates missed an early field goal attempt and later couldn’t take advantage of an interception in the first half. They sputtered for the most part with quarterback Chris Ruhnke completing his junior season with 13-for-29 accuracy and just 121 yards. Colby Rollins and Dayton Mitchell — his top senior receivers this season — collected just two catches each, and the running game produced only 68 yards total, 45 for now-senior running back Cayden Davis.

The top returning defensive players for Platte County in that game include senior safety Collin Tyson (five tackles), senior defensive tackle Alex Stearns (three tackles) and junior linebacker Trevor Scott (three tackles), although the Pirates made only two tackles for loss and the one turnover in an otherwise forgettable outcome.

“The score wasn’t indicative of both teams,” Roderique said of last year’s title game. “We weren’t 48 points better than them as a team, we just got a lot of breaks.

Webb City enters this game averaging 289 yards per game on the ground and just 64 through the air. The offensive weapons look different with only one of the players to score a touchdown in last year’s title game back: senior running back Devrin Weathers, a Kansas State signee who has ran for 1,590 yards and 26 touchdowns. In 10 of the 12 games, he has hit 100 yards or more and is averaging 9.5 yards per carry.

Last week, Weathers ran for 112 yards and three touchdowns in the win against Lebanon.

The second back to keep an eye on is Dupree Jackson, a junior who moved into the starting lineup midway through the year. He has ran for 776 yards with a 7.6 yards per carry average, and his 11 touchdowns are second on the team. He replaced Cade Wilson, who broke his leg against Branson.

Webb City’s offense also features Arkansas State signee Gary Clinton, whose 12 catches are a team-high and his 224 yards is second on the team. Cohl Vaden is the top receiver in terms of yards (245) and touchdowns (five). Cardinals senior quarterback Cole Gayman makes the offense go in his first year as a starter with eight rushing touchdowns, and seven of his 41 completions going for scores.

The names and faces have changed for Webb City in the past four years but not the results, and Platte County’s players are aware of the expectations after coming up short the last two times against the Cardinals.

“We want that bad; we want our redemption bad,” Platte County junior wide receiver/kicker Cole Rhoden said. “They beat us twice so we’ve got to go get them.”

When talking about the Platte County’s offense, Roderique mentioned the need to limit offensive snaps while expecting a much more competitive game.

However, Webb City’s defense has allowed just 14 points per game – up slightly from last year but mostly due to the season-opening loss. After shutting out Platte County in the 2019 title game, the Cardinals finished the season yielding just 10.3 points per game.

Webb City will be without standout linebacker Jacob Ott (injury) but will have some formidable players still in the lineup. Matt McDaniel, a senior defensive lineman, has 78 tackles (nine for loss) and four sacks — the latter two numbers tops for the Cardinals.

The secondary includes seniors Treghan Parker and Shane Noel, who have four interceptions apiece, while senior linebacker Eli Goddard also had four interceptions, giving all three a split of the team lead. Goddard has the team’s lone pick-six, while Noel is a standout on specials teams with a punt and kickoff return for a score.

“Offensively, (Platte County is) very tough to defend,” Roderique said. “They are very prolific passing the ball, and the quarterback is as good as any we’ve seen this year. They really challenge you, and they can create mismatches for your defenders. We have to try and limit their offensive snaps and try to keep them from big plays. We have to contain their quarterback from scrambling; when they can run it and throw it both, they are dangerous.

“They just have so many weapons … it is hard to slow them down.”

With a large senior class and a large number of returning starters, Platte County wants to change the narrative against Webb City and also continue to leave a legacy that makes these types of matchup’s an every-season expectation.