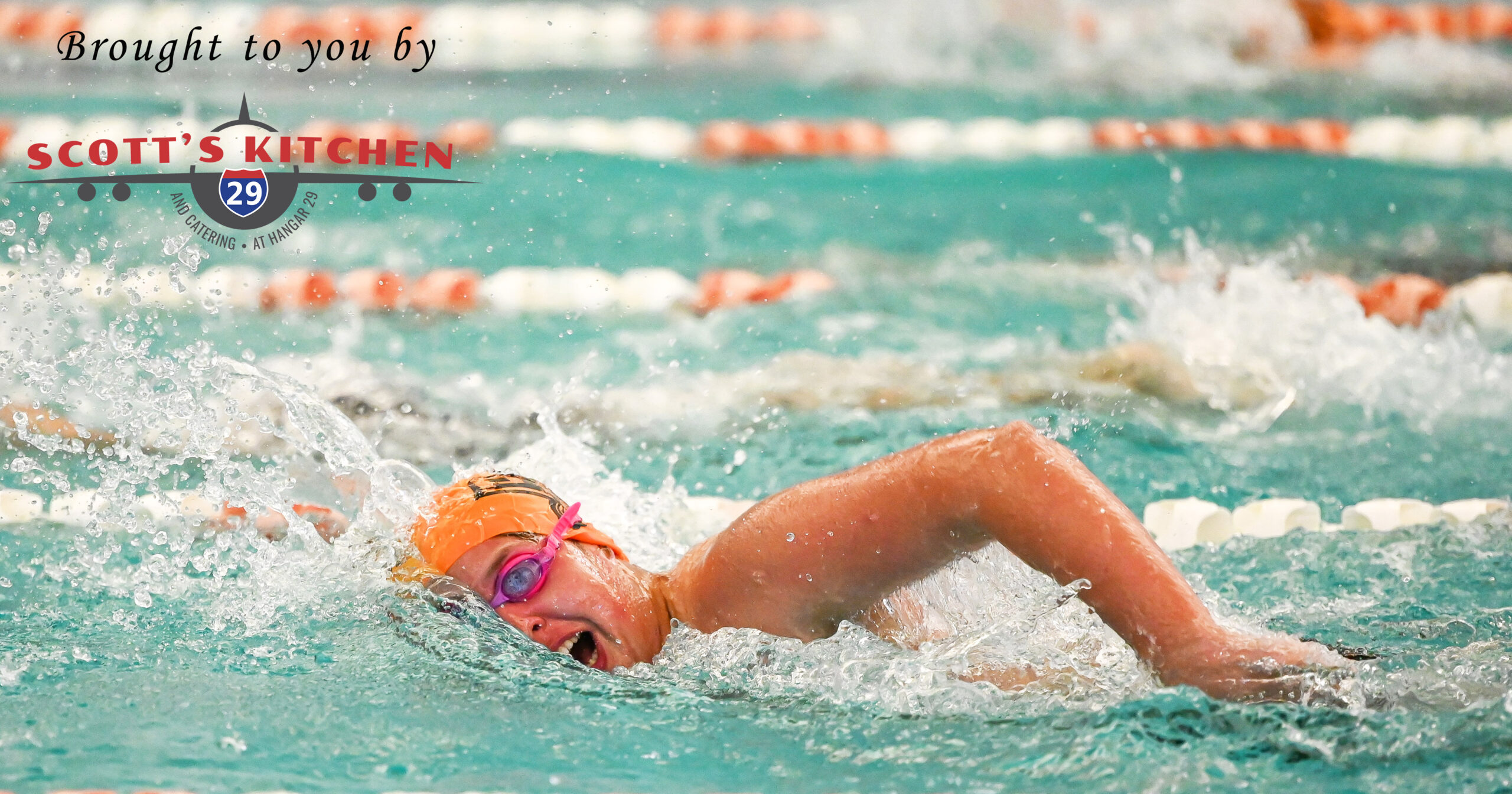 Platte County showed depth during the Eubank Invitational last week in at The Bird Bath in Raytown to finish fourth in the nine-team field. The Pirates accumulated 128 points the hard way and came in behind team champion Rockhurst – last year’s Class 2 Missouri State Swimming and Diving Championships runnerup – Blue Springs South and Raytown.

Like most teams, Platte County continues to deal with a slim schedule that includes fewer large invitationals that typically offer the best chances to hit state qualifying times. That remains the case for the Pirates, who came off a run of record-breaking seasons without the individual star power and limited returning state qualifiers.

At the Eubank Invitational, Platte County had three swimmers score points in both the 100-yard backstroke and 100 freestyle, while junior Dylan Bietz had a pair of fifth-place finishes.

In the 100 backstroke, Platte County senior Ryan Dye took fifth with a state consideration time of 1 minute, 3.03 seconds, meaning he has an outside chance of getting to state next month in St. Peters. If fewer than 32 auto qualifying times are hit this season, the next best times will be used to fill the remaining spots.

Bietz took fifth in the 100 freestyle, lowering his state consideration time in the event to 52.59, while Jacob Flynn took eighth and Jonkman 12th in the race. Bietz was also fifth in the 50 freestyle with a time of 23.78, edging closer to the automatic state cut of 22.79.

In addition to his strong individual showings, Bietz swam on Platte County’s relay teams that added state consideration times again. In the 400 freestyle, he swam the last leg on a team with sophomore Collin Burton, Dye and Flynn that finished fourth in 3:45.93, although the automatic state time sits at 3:28.99 meaning there is plenty of work left to be done.

In the 500 freestyle, Platte County senior Luke Harms and sophomore Joey Croy took ninth and 12th, respectively. Burton’s time of 1:02.73 in the 100 butterfly was a state consideration time and placed him seventh, while Dye was ninth.

Four other events earned points for the Pirates.

The 200 freestyle relay team of Jonkman, Yocklin, Douglas Wallace and Flynn took sixth (1:45.78), which was another state consideration time. Harms, a senior, was ninth in the 200 freestyle, while Wallace was 12th in the 100 breaststroke.

Flynn took eighth in the 200 individual medley at 2:23.38 – about 5 seconds off the pace for a state consideration time.

In a the first home meet of the season earlier this week at Platte County Community Center North, the Pirates went 1-1, beating overmatched Savannah, 269-92 but losing to Park Hill 270-190.

Platte County and Park Hill traded wins in two relays by literally the slimmest of margins to provide the unexpected highlights for the day. In the 200 freestyle relay, Platte County’s team of Burton, Dye, Flynn and Bietz finished in 1:38.79 – just .01 ahead of Park Hill’s 1:37.80. The meet started with Platte County on the other end of the photo finish in the 200 medley relay. Dye Yocklin, Burton and Bietz came in 1:50.42, which was .01 off of Park Hill’s winning time of 1:50.41.

Win or lose on Tuesday afternoon, Platte County performed well after some of the struggles at the Eubank Invitational.

“We really bounced back on Tuesday,” Platte County coach Bret Anderson said. “The medley relay dropped about 1.5 seconds, and we fought really hard to catch up in that race. The guys’ times were much more consistent. We feel like we are ready to swim well.”

Platte County finished with three total wins with Bietz having a part in two of them. He was the winner in the 50 freestyle in 23.24, dropping his state consideration time for a second straight meet but continued to be just off the automatic qualifying time.

Bietz was about a half second faster than he was in his previous best race five days earlier in Raytown.

Jonkman, Harms, Drake Lacina and Flynn took third in the 400 freestyle, while Harms – who performed the national anthem before the meet on trumpet – was third in the 500 freestyle.