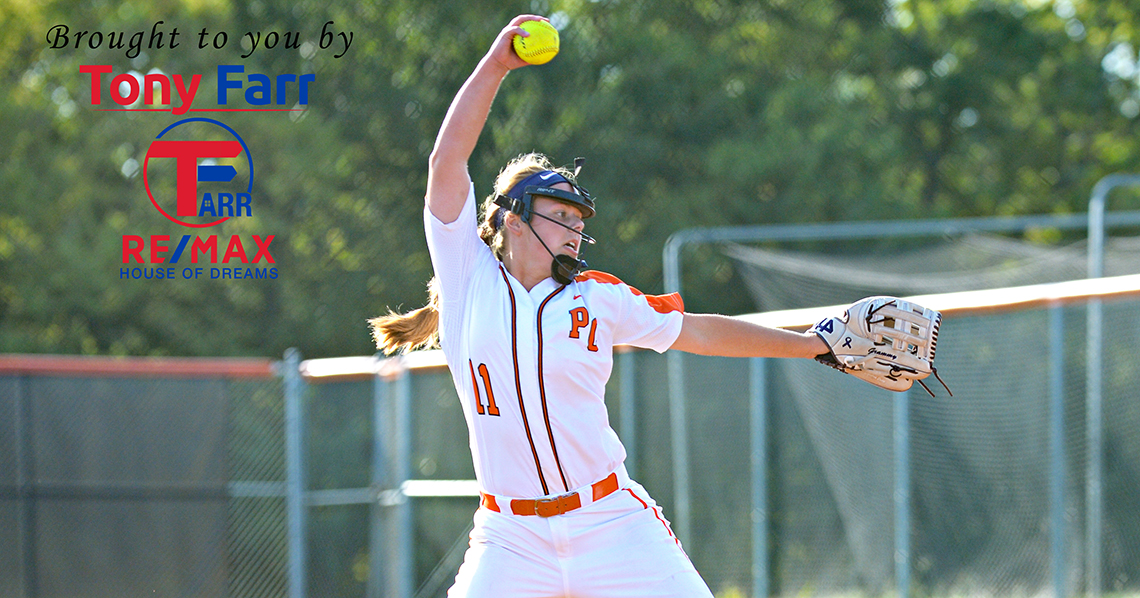 For the fifth time in the past six years, Platte County reached a district championship game, and this was the first one under  coach Callie Peoples. The Pirates went 15-9 but came up short in the Class 4 District 16 title game against Park Hill.

From 2014 to 2019, Platte County reached the district finals every year with the exception of 2018, all while yo-yoing between Class 3 and Class 4. From 2015-2017, the Pirates finished as runners-up after winning a Class 3 district title and reaching the state championship game in 2014.

With a handful of all-conference players returning this year, Peoples will look to make Platte County contenders for a district championship again with a roster dotted with seniors who have been four-year contributors. Softball has added a fifth classification, and the Pirates will likely comfortably slot into Class 4 with with teams much more comparable in size.

“Our pitching and defense can compete with any team in the conference or district,” said Peoples, who will enter her third year at the helm. “If we can get our hitters making good, solid contact consistently, we should have a very successful year.”

Koeneke has been a standout for the Pirates since her freshman year and has verbally committed to Butler Community College in El Dorado, Kan. She had a 1.87 ERA last year and earned first-team all-district honors in addition to her Blue Division accolades.

As a freshman, Koeneke earned all-state honors after leading Platte County to the state playoffs.

Senior centerfielder Maddie Carter was also a first-team all-conference and all-district pick. At the plate, the Benedictine College pledge hit .295 and had a .463 on-base percentage. She added seven extra-base hits and her 15 RBIs are the most of any returning starter.

Those are two of six seniors that are expected to help provide leadership to the Pirates.

“I expect this team to have great success this season,” said Peoples, who will be assisted by Lauren Parrish and Steve Elliott. “With six seniors, I expect them to lead the team and exhibit immense leadership throughout the season.”

Also back is senior Hayden Humes, the left-handed throwing catcher that is starting for the third year. She got on base five times last year by getting hit by a pitch, second best on the team behind Carter’s seven.

Senior Halle Magee, who had one of the team’s four home runs, is back at shortstop, and sophomore Abby Reynolds returns in the outfield with Carter. While having only eight hits last year, she drove in seven runs.

The third outfielder is Mid-America Nazarene signee Grace Heater. She had four extra-base hits, had 12 RBI and had an on-base percentage of .333. Senior Ana Cesaro is a utility player who is battling for the second base job. She drew a walk about every four at-bats last year in limited plate appearances.

For the second straight year, Platte County will be looking to replace starters at first base and second base. In addition, Peoples needs to find a third baseman to replace the consistent bat of Paige Rocha, an all-state hitter now at Wichita State.

There are some position battles that are still ongoing with the season slated to start this weekend with a reshuffled Greater Kansas City Tournament, although Peoples didn’t want to list all the names. She did note that this is a talented freshman class and some of them could help out this year.

The holes to fill are obvious.

Platte County also lost Gracie Erickson and Madi Shields, who are both signed to play at the next level. Erickson, a first baseman, was a first-team all-conference and all-district pick that signed with Park University. Shields inked with Missouri Valley College after she drove in 12 runs on 10 hits last year.

As a whole, Platte County hit. 272 last year, but there will be some room for improvements. The team struck out 111 times last year (31 looking), while drawing 96 walks as a team. However, the Pirates hit .352 with runners in scoring position – with Rocha, Humes, Magee, Carter and Erickson all hitting .385 or better in those situations.

“Our keys to success will be hitting,” said Peoples, who played college softball at Park. “Hitting-wise, we have the potential to go head-to-head with any lineup in the conference and district, but it is still our greatest area for improvement. However, I have confidence in our athletes and coaching staff to get the players where they need to be. If we can hit consistently this season, we will have a lot of success.”