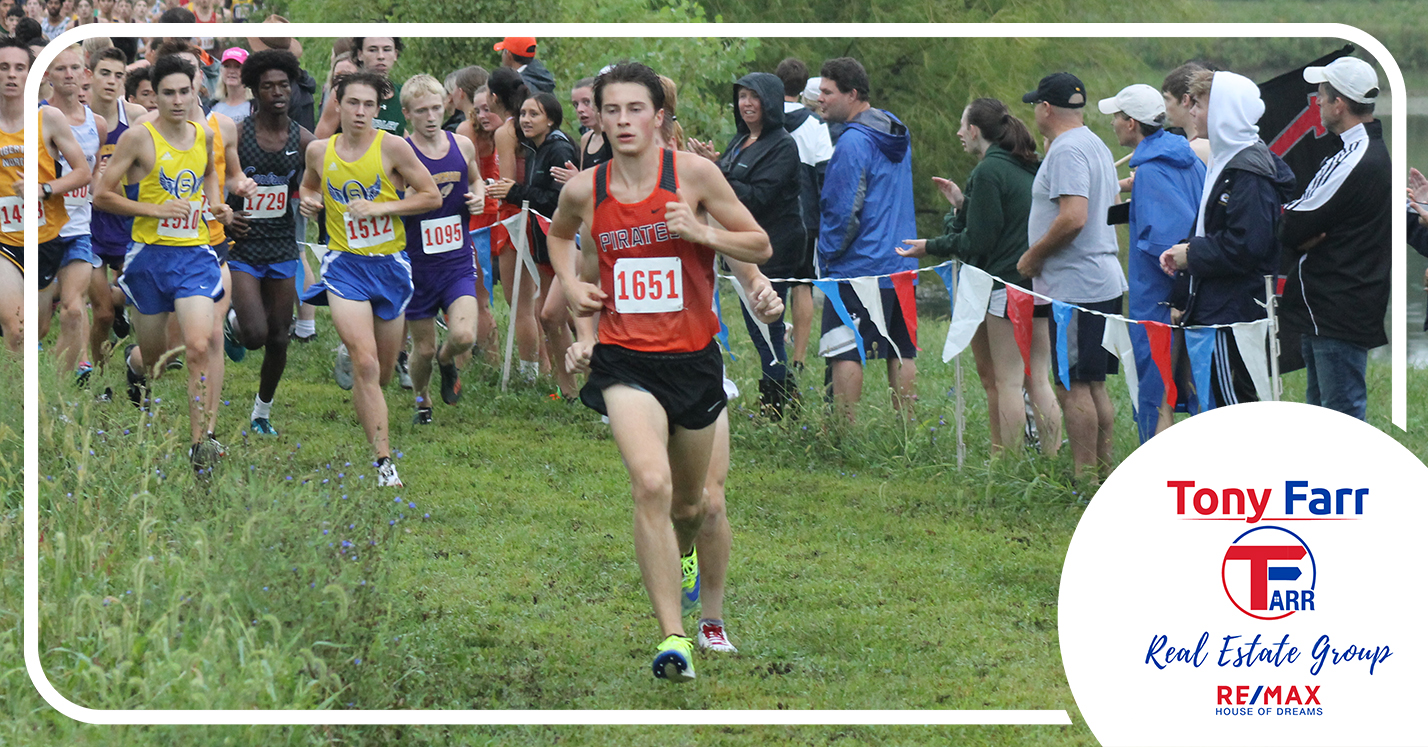 LIBERTY, Mo. — A veteran Platte County lineup opened season by crossing an initial goal off the list. The Pirates easily repeated as the Silver Division champion of the fourth annual Tim Nixon Invitational on Saturday at the Wildflower Course near Liberty North High School.

“We won it back-to-back, and it feels nice to get the ball rolling with the first dub,” said Trimble, who finished in 18 minutes, 17.40 seconds — about 35 seconds off his personal best set at last year’s Suburban Conference Blue Division Championships. “Me and Andrew (Early) and Andrew Johnson and Kage have been putting in work this summer.”

Platte County returned five of the top seven runners from last year’s Class 4 District 8 championship team that qualified for the Missouri State Cross Country Championships, placing ninth in veteran coach Chris Stubbs’ final season. In addition, Audas ran the majority of the season in the top seven before ceding his spot for the postseason due to COVID-19 protocols. However, the Pirates knew they would be replacing No. 1 and individual district champion Blake Bjustrom.

The development of Early eases any potential concerns about the top of the lineup. He led the race, which featured all of the runners from the Gold Division (large schools) and Silver Division (small schools), much of the way before Warrensburg senior Drew Belardo passed him late and pulled away to the win in 16:45.40.

Early came in as the clear runnerup at 17:03.50, setting a new personal best after running as the No. 2 behind Bjustrom a year ago. Early’s previous best time came at last year’s Suburban Conference Blue Division Championships when he placed third in 17:13.70.

“We expected him to be near the top but I didn’t expect him to lead but I wasn’t surprised,” said first-year Platte County coach Courtland Ingram, a longtime assistant under Stubbs before taking the head job. “He has prepared himself for this, and he will continue to run smarter and smarter. Today was a growing day, and he is in a good spot, confidence-wise.”

Like Early, Johnson experienced a breakout 2020 season and continued the improvement as a top long-distance runner during track and field season. He finished fourth in 17:36.00 to set his own personal best, also by about 10 seconds from his 68th-place showing at last year’s state meet.

As a freshman, Johnson shaved nearly 2 full minutes off his times from the start of the season to the finish for Platte County, having debuted at the Raymore-Peculiar Invitational in Week 2 of the 2020 season. Audas returned to the lineup with another PR for the Pirates, posting an eighth-place finish in 18:15.70. That’s nearly 20 full seconds better than his 18:35.50 in the 2020 Kansas City Classic.

After Trimble in 10th, Platte County sophomore Kade Meinke took 14th in 19:07.40 to round out the team score and give the Pirates five medalists. However, there were only five full teams in the Silver Division, and the finish with rival Smithville ended up being tight.

The results were encouraging with Meinke making his varsity debut for Platte County, and sophomore Scott Sellers just missing a medal with a 21st-place showing (19:40.70). Sellers improved his personal-best time by nearly two full minutes after making limited varsity appearances a year ago.

“I saw the kids’ hard work in the summer pay off,” Ingram said.

This year’s race was vastly different compared to last fall when runners were released in waves to allow for social distancing as part of COVID-19 protocols.

This time around, more than 25 teams were grouped at the starting line with a steady drizzle falling throughout the race. There were also more fans this year, despite the conditions, after restrictions last year limited it to only parents with the traditional “tent city” eliminated that normally allows competitors to mingle pre- and post-race.

“Definitely not having restrictions and having all the fans made it feel more, like at home, than last year,” Trimble said.

Platte County returns to action this Saturday in the Raymore-Peculiar Invitational at Raymore-Peculiar High School. The Pirates were 18th out of 23 teams in the large school portion of the loaded field in 2020.