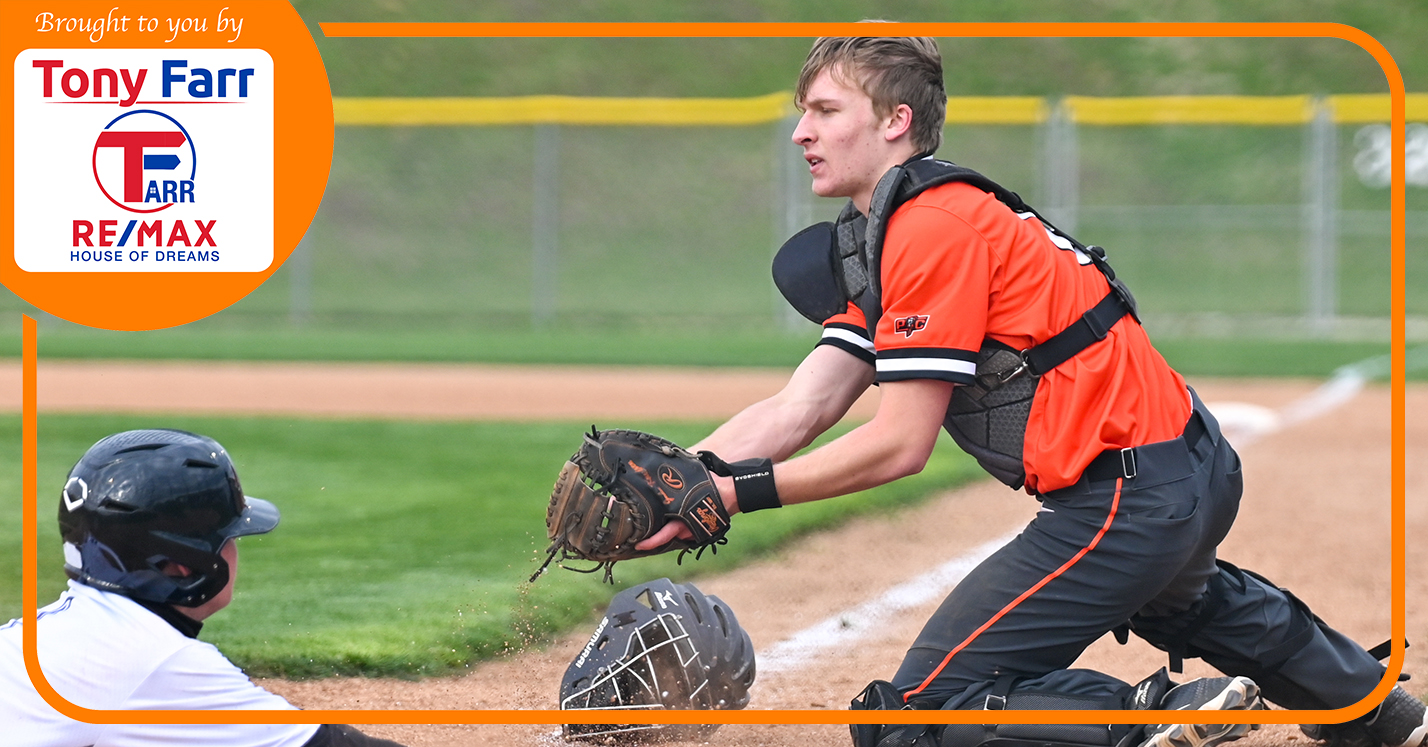 Platte County coach John Sipes still hasn’t fully deployed his pitchers, instead using a committee approach early in the season. The returns have been strong.

All four of Platte County’s games so far this season have been shutouts, and the Pirates have won three of those.

“The strength of this year is definitely our speed and pitching, and we are trying to utilize both as much as we possibly can,” Sipes said. “We got a bunch of arms, and we will make sure we get all these kids in and give them an opportunity throw to build up some confidence and experience.”

Platte County (3-1) opened Suburban Conference Blue Division play against Winnetonka and came up with a pair of late runs to pull away for the win despite collecting only two hits. Sam Peterson doubled and drove in two, the second on an RBI groundout in the bottom of the sixth that helped extend the lead to 4-0.

“Obviously, we want to run-rule everyone but the hits weren’t falling for us today, but they will eventually fall for us,” Platte County senior centerfielder Dayton Mitchell said.

The pitching made the hard-earned runs stand up. Platte County junior Landon Fulk recorded all eight of his outs by strikeout in 2 2/3 innings before giving way to McMahan in the third. Only one batter reached against Fulk, the leadoff hitter reaching first via an error.

Fulk didn’t earn the win despite a second straight strong start due to not working long enough into the game with the strikeouts upping his pitch count.

“I just hammered them with fastballs,” said Fulk, who threw 42 pitches before being lifted.

Winnetonka’s first batter against McMahan doubled, but he recorded a strikeout to end the inning. In the top of the fourth, he ran into trouble by allowing singles to three of the first four batters, but Mitchell erased the first with an outfield assist as the runner attempted to stretch the hit into a double.

After a strikeout for the second out of the inning, McMahan gave up a hit and a walk to load the bases, but he again came up with a strikeout to end the threat. He closed his day with two more strikeouts in the top of the fifth before giving way to Schwieder, the second left-hander to come on in relief.

Schwieder gave up a pair of hits to open the sixth inning — a leadoff double and then a single, which put runners on the corners.

Platte County senior catcher Cayden Davis then threw out a runner trying to steal for the first out. After a strikeout, Davis recorded another assist by tossing to Schwieder covering home after a passed ball to keep the shutout and avoid Winnetonka closing within 4-2.

Mauzey pitched the seventh inning, working around an error and a walk with two strikeouts and a pickoff at first base.

“We still have a lot of guys we haven’t even shown yet,” Fulk said of the stable of pitchers. “Seeing Jackson pitch and James has been playing a little JV and to see him get in a varsity game is good.”

Platte County’s first run of the game came in the second without a hit. Mauzey drew a leadoff walk, stole second and moved to third on a dropped third strike during Peterson’s at-bat. Dylan Robertson then provided an RBI groundout to make it 1-0.

“That is kind of our game: get guys on,” Sipes said. “We got a lot of team speed, and we are trying to take advantage of it.”

Mauzey reached first base in his second at-bat in the fourth inning on an error. Peterson then launched a fly ball over the left fielder’s head for a double, and Mauzey came around to score from first base. The Pirates tacked on two runs in their final time batting — starting with junior shortstop Cameron Lewis reaching on a hit by pitch. He stole second and third base before Mauzey was hit by a pitch to put runners on the corner.

A running miscue almost cost Platte County with sophomore courtesy runner Garrett Smith, replacing Mauzey, took a big lead off of first base after the first pitch to Peterson and fell down. A scramble to get up followed and he beat the throw into second base.

Peterson then hit a ground ball to bring home Lewis, making it 3-0. Smith later scored on a wild pitch to account for the final score.

“Sometimes you got to grind it out if the hits aren’t falling,” said Mitchell, who had a single for Platte County’s only other hit.

The Pirates made it 2-0 in Blue Division games with a comfortable road victory on Friday in Grandview.

Mauzey went 1-for-2 with a double and a walk, scoring twice and driving in two more. The Pirates had 1o hits but only Mauzey’s double went for extra bases. Nick Stone, freshman Devin Wassmann and Lewis collected two singles apiece.

Platte County senior Alex McClure (nine strikeouts in four innings) earned the win, allowing only two hits and a walk, while junior Ben Spencer pitched a scoreless bottom of the fifth. The Pirates supported the pitchers with four runs in the first, three in the second and three more in the fifth to set up the run-rule victory.

In the four-run first, Platte County junior Sawyer Allen drove in two with a two-out single. Mauzey added a two-run double in the second, and he scored on Fulk’s two-out single.

Mauzey went 2-for-4 with a home run, a double and four RBIs while also pitching a scoreless sixth to complete a shutout in the season-opener last Friday at Fort Osage.

Fulk started on the mound for Platte County and struck out eight in three innings but walked four. McMahan and Mauzey combined for seven strikeouts in the next three innings with Fort Osage recording two hits in the sixth to narrowly avoid a no-hitter.

Wassman led off the fifth with a single and scored when Mauzey homered to left field on an 0-2 pitch. The Pirates expanded the lead to 7-0 when Peterson doubled and scored on a two-out error later in the inning.

Platte County added three more in the sixth with Mauzey doubling to left to score Lewis and Spence hitting a two-out infield single to score Peterson after Fort Osage balked in Mauzey’s courtesy runner. Peterson and Allen walked after Mauzey’s double to load the bases.

Mauzey pitched the bottom of the sixth and struck out three, recording the final two with the bases loaded to ensure the run-rule victory.

Davis had a two-out RBI single in the fourth to make it 4-0, while two of the first three runs were scored on sacrifice flies from Mauzey and Spence. The Indians also allowed another unearned run on a two-out error in the top of the second. Wassman singled in Knudsen with two outs to cap the three-run fifth.

The Pirates managed just three hits and came up on the wrong side of a pitcher’s duel Tuesday in Riverside.

Park Hill South scored all four runs in the bottom of the sixth, chasing Allen — the starting pitcher — and tagging him with two runs. Schwieder also gave up two runs in 2/3 of an inning. The Panthers sent nine to the plate in the inning with the first batter reaching on an error and leading to an unearned run, but all four runs scored before the second out was recorded.

Schwieder got a strikeout and lineup to strand two runners and give Platte County a chance. In the top of the seventh, Fulk reached with one out on a dropped third strike scored as a wild pitch, but he was stranded at second.

Wassmann singled twice and went 2-for-3, while Fulk also had a single. The Pirates had two runners on in the second, and Wassman singled and stole second to start the fourth but ended up stranded at third.

Fulk singled to start the fifth but was erased on a double play, and Wassman singled and stole second with one out in the sixth before again being left at third.