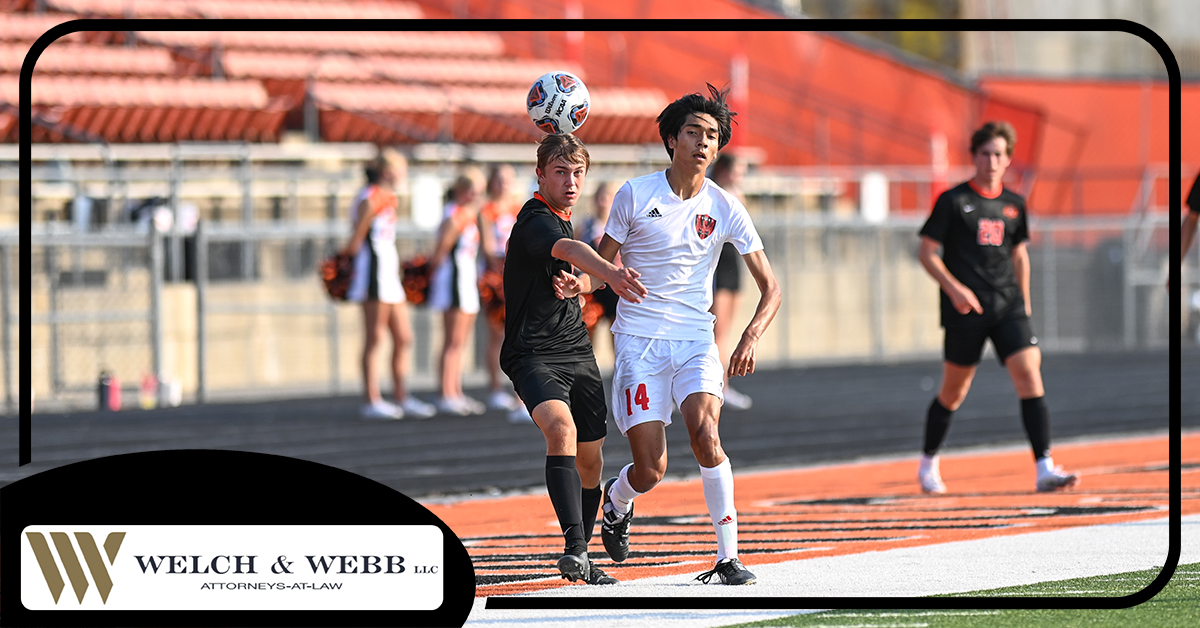 If nothing else, Platte County’s early-season results have been consistently positive. The Pirates won their Suburban Conference Blue Division opener against Raytown South on Tuesday at Pirate Stadium, improving to 3-0 on the young season with three straight wins by the same score.

Platte County reached the championship game of last week’s Barstow Tournament before a combination of inclement weather and field conditions forced the indefinite postponement and potential cancellation of Saturday’s scheduled matchup with Sacred Heart. The Pirates quickly moved on and showed again the balance to the offensive attack with sophomore forward Gavin Nichols scoring twice against Raytown South and six others adding a goal apiece.

“It is a good feeling, first regular season game (at home), you couldn’t ask for any better,” said Platte County senior central defender Isaac Havemeier, one of three starters left from the program’s 2019 appearance in the Class 3 state title game. “We’ve got to keep the momentum and keep it going. We will play a lot of good teams, and we’ve got to keep it going.”

The early season success marks the fourth time in the past five years Platte County started at least 3-0. However, the Pirates recorded three shutouts in the first three games for the first time during that stretch with senior goalkeeper Patrick Sullivan keeping the clean sheet in each.

Platte County also avenged last year’s early-season loss to Raytown South, which is just 4-15 against the Pirates since 2012. The Cardinals fell behind 2-0 after 2 minutes with junior forward Joseph Ibarra opening the scoring on a pass from senior forward Palmer Boekhout after just 42 seconds, and Nichols adding his first on an assist from sophomore left back Joyuanki “Ahoy’ Victore,” a transfer from North Carolina, added a goal on a pass from sophomore Gavin Nichols in the 2nd minute.

The advantage for Platte County increased to 3-0 on Boekhout’s goal with an assist from Nichols in the 14th minute, and junior reserve Felix Victore, brother of Ahoy and fellow transfer from North Carolina, netting just before halftime to make it 4-0 at the break.

Staked to the early lead, Platte County coach Ashlyn Brantley liberally substituted in the second half, and a majority of the players on the roster received a chance to play against Raytown South.

“We’ve got to come out and focus on every team and work on being consistent,” Brantley said. “That is part of even if you are playing a lower-level team, you still have to come out and play our game and get a lot of the rotation in. When we move the ball, we keep it simple and knock it around and keep it moving. One of the goals came from three passes. When we play like that we are successful. When we get our heads down and try to take on everyone, that is where we have our weakness.”

Platte County returned nine starters from last year’s Class 3 District 16 runnerup campaign that came on the heels of the program’s best-ever season. The Pirates moved senior Sawyer Allen into a pairing with Havemeier in the center of defense, while senior Spencer Hay remains on the outside while Ahoy Victore assumes the spot on the back line after central defender Joey Habel graduated.

In addition, Platte County senior Luke Bunge, a three-year starter, anchors a midfield that also includes senior Calvin Forrester, Macaluso and Ibarra with Nichols in a new forward pairing with Boekhout, one of last season’s top scorers for the Pirates.

In three games, 10 different players have scored for Platte County, which plays a road game Thursday against St. Joseph Central at The Den. Central enters 3-1 on the season, but the Pirates have won the past four meetings between the two teams.

The Pirates returned to the season-opening  tournament after last year’s event was canceled due to COVID-19 concerns.

After a few teams dropped out, the initial elimination bracket was scrapped in favor of three-team pools followed by place games. Platte County opened last Tuesday against Southeast and came away with a mercy-rule victory behind the first of two hat tricks for Nichols. Macaluso added a brace, while senior midfielders Jake Kingery and Bunge plus Schrick added one apiece.

Forrester recorded three assists, while Shrick and Allen provided one each.

“We use that tournament to work on things we are struggling with and we got a lot of the rotation in there,” Brantley said. “We have to come out and do that against those types of teams. We came out strong, and we did things we should do. We got a look at players that we haven’t seen and them working together was nice to see.”

The Pirates came right back last Wednesday and dispatched Lutheran behind Nichols’ second straight hat trick. He recorded goals in first, 24th and 67th minutes and added two assists. Havemeier had two goals, one on a direct free kick and another off of a corner kick.

Both of Havemeier’s goals came in the first 10 minutes with Platte County opening a quick 3-0 lead. Schrick, Ahoy Victore and Boekhout scored the other goals. Boekhout added an assist, and Forrester had another, giving him four in the first two games of the season.