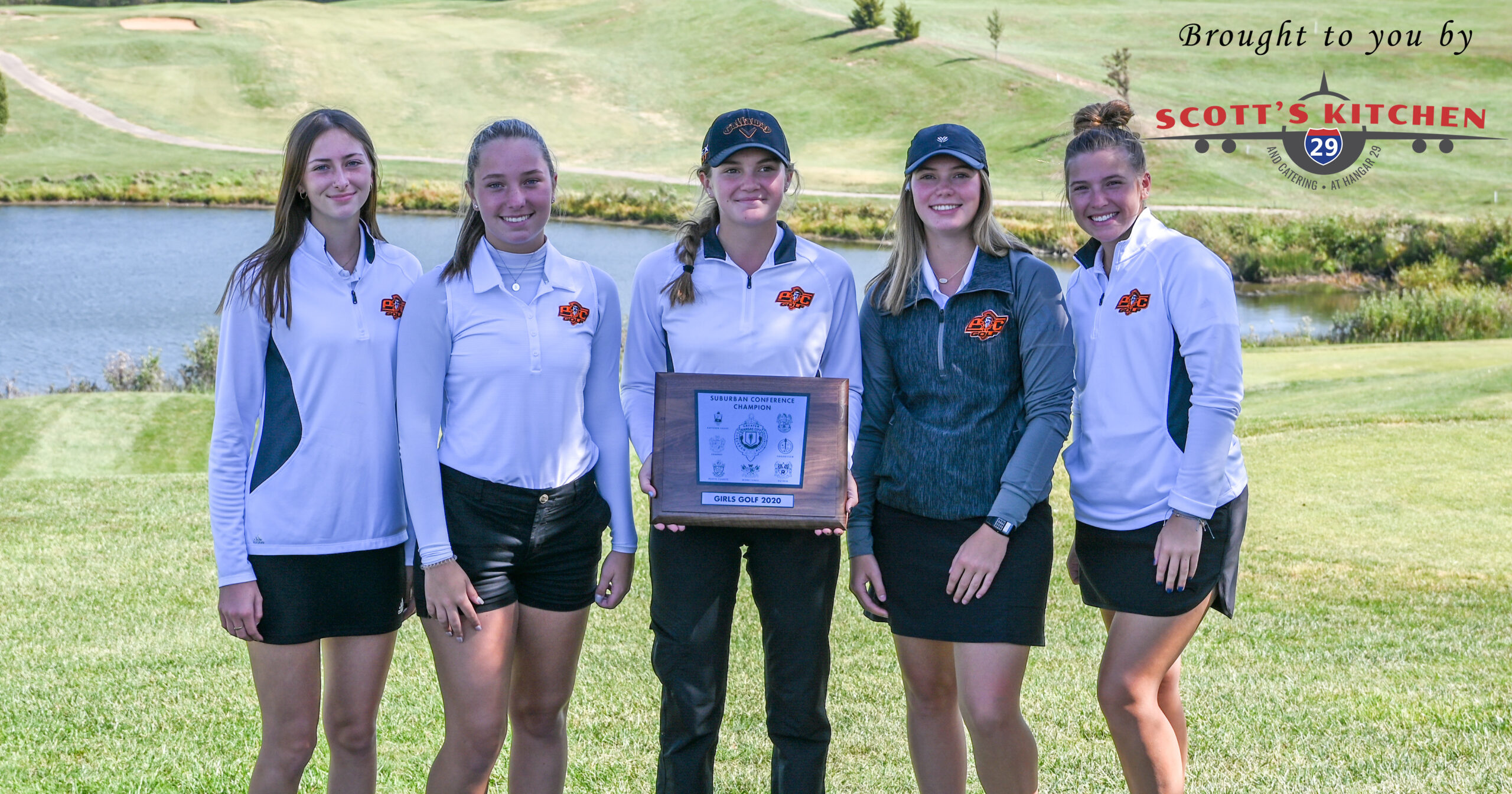 Platte County left no doubt about the team race in the Suburban Conference Blue Division Championships, but the Pirates fought among themselves for the individual title on Monday.

For the fifth straight year, Platte County took the conference championship but this might have been the most successful tournament in that span as junior Eden Shipp and senior Tori Sanders shared medalist honors with matching 88s on the par-71 setup at Shiloh Springs Golf Course. The Pirates took a clean sweep of the top four all-conference spots with senior Mannon Bigus (90) in third and sophomore Bailey Siloctt (93) in fourth.

Shipp and Sanders were the first individual Blue Division champions since Eden’s older sister Kasydie Shipp won as a junior in 2017.

“What a great day to be a Pirate,” Platte County coach Trevor Short said. “The ladies did an excellent job and played well today. There was a bit of a struggle on the front nine, but when they hit the back nine things started falling into place. One of our team goals going into the season was to bring home the conference title. They did that very aggressively today.”

Platte County won its third tournament title of the year and did so in convincing fashion. The top four players combined for a 359 and finished 43 shots ahead of runnerup Kearney, while Smithville was fourth with a 425.

Shipp, Sanders, Bigus and Silcott were four of the five players to finish under 100.

With the win, Shipp earned all-conference honors for a third time, while Sanders and Bigus were repeat honorees. Silcott, who struggled at the Blue Division tournament a year ago, went from honorable mention to all-conference to continue her recent run of strong play.

“We need to keep this momentum going,” Short said.

Platte County will enter next week’s Class 3 District 4 tournament on Monday back at Shiloh Springs as one of the favorites. The new postseason format with four classifications will give the Pirates a chance to advance a team to the Missouri State Golf Championships for only the third time in program history, which dates to the fall of 1999. The first two trips were in Class 1 2002 and 2003.

However, the qualification process will be drastically different.

The top two teams no matter automatically qualify, and instead, only the top 18 individuals including ties advance to state. Any team that qualifies four or five individuals will be deemed a team qualifier.

A year ago, Shipp and Silcott advanced to the Class 2 Sectional 4 tournament, but the new postseason format will have players qualify for state straight from Districts. Shipp is a two-time sectional qualifier, but Platte County does not have any prior state qualifiers on its balanced, talented roster.

Platte County last had multiple state qualifiers in 2017 and have not had three qualifiers since 2005 and 2006 in Class 1.