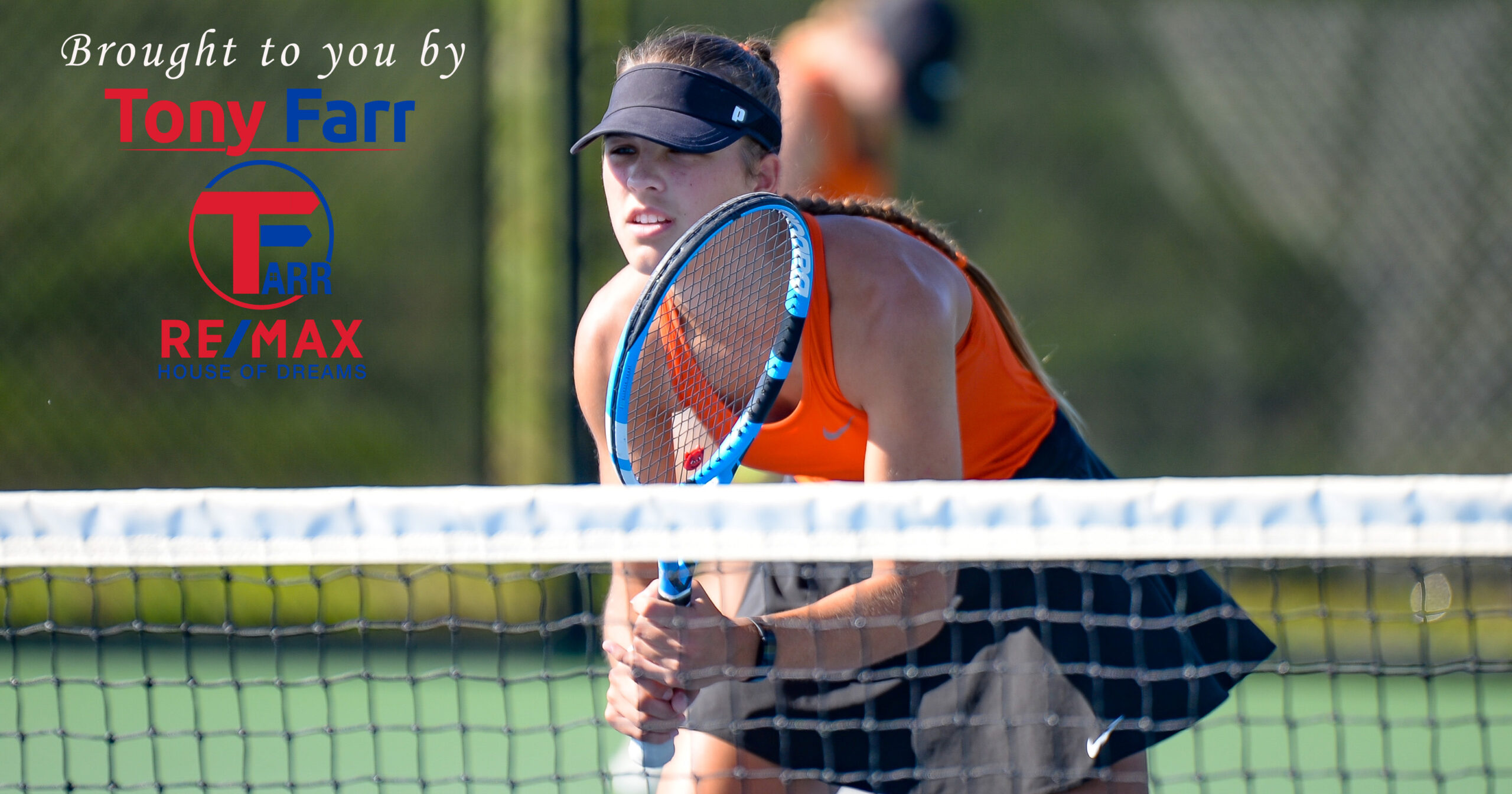 A chance for a three-match winning streak to open the year for the Platte County team ended with a 6-3 loss to William Chrisman at home on Thursday — the first every win for the Bears in the season.

Platte County fell behind 2-1 after doubles and couldn’t recover. The Pirates had opened the season with a pair of dual victories and still had plenty of positives to take from the opening week, especially while replacing the top three players from a four-win team in 2019.

Against William Chrisman, Platte County received its first win from juniors Aleah Dixon and Taylor Mayne at No. 3 doubles. There were a handful of close matches in singles, but the Bears prevailed in four of six to thwart any hopes of a comeback.

Platte County’s wins were from senior Emma Murray and Dixon at No. 4 and No. 5 singles, respectively.

“It was really fun to watch all the girls compete,” said Murray, the lone senior currently playing in the top six. “Everyone worked hard and no one gave up; everyone kept working. All the matches were so close, even if it was a tough loss.”

William Chrisman’s top 10 players are seniors, including Bethel College commit Kiara Ashurst, who won at No. 1 singles and was part of a winning doubles team. The Bears had lost the first four duals against Platte County dating back to 2010.

“I think you saw the inexperience today more than you have seen this season,” Platte County coach Zach Keith said. “I think you can see a lot of progress but I don’t think we have arrived. We got work to do and we are moving along well.”

The Pirates kept their perfect record intact against conference rival Grandview on Wednesday with another shutout win against the Bulldogs. They have won all 18 duals against Grandview since the program was formed in the 2008-2009 school year.

The win also marked the fifth straight 9-0 shutout against Grandview. Since 2010, the closest any of the matches has been a 6-3 win by Platte County in 2013.

Platte County gave up only a point in the doubles matches this time around with junior Sophie Curtis/ Murray and juniors Paige Chase/Rayna Garcia won 8-0 at No. 2 and No. 3 doubles, respectively. Pirates juniors Molly McBratney and Maria Molinari won 8-1 at No. 1 doubles.

In singles play, Grandview won only four games. McBartney, Chase, Molinari and Garcia all had 8-0 wins and Curtis and Murray each won 8-2.

The Pirates opened the 2020 season with a close win over St. Joseph Central last Monday at Noyes Tennis Complex. This was the third straight match that was decided by a point for the two teams in this rivalry, although the Indians have an 8-3 all-time advantage in the series.

A year ago, Central won the regular season meeting 5-4, but Platte County won a Class 2 District 16 first round dual 5-4.

“The match instantly had the intensity we’ve grown accustomed to when these teams do battle,” Keith said.

The dual ended up tied at 4-4 with No. 3 Paige Chase prevailing  8-3 over Lauren Anthony to decide the dual.