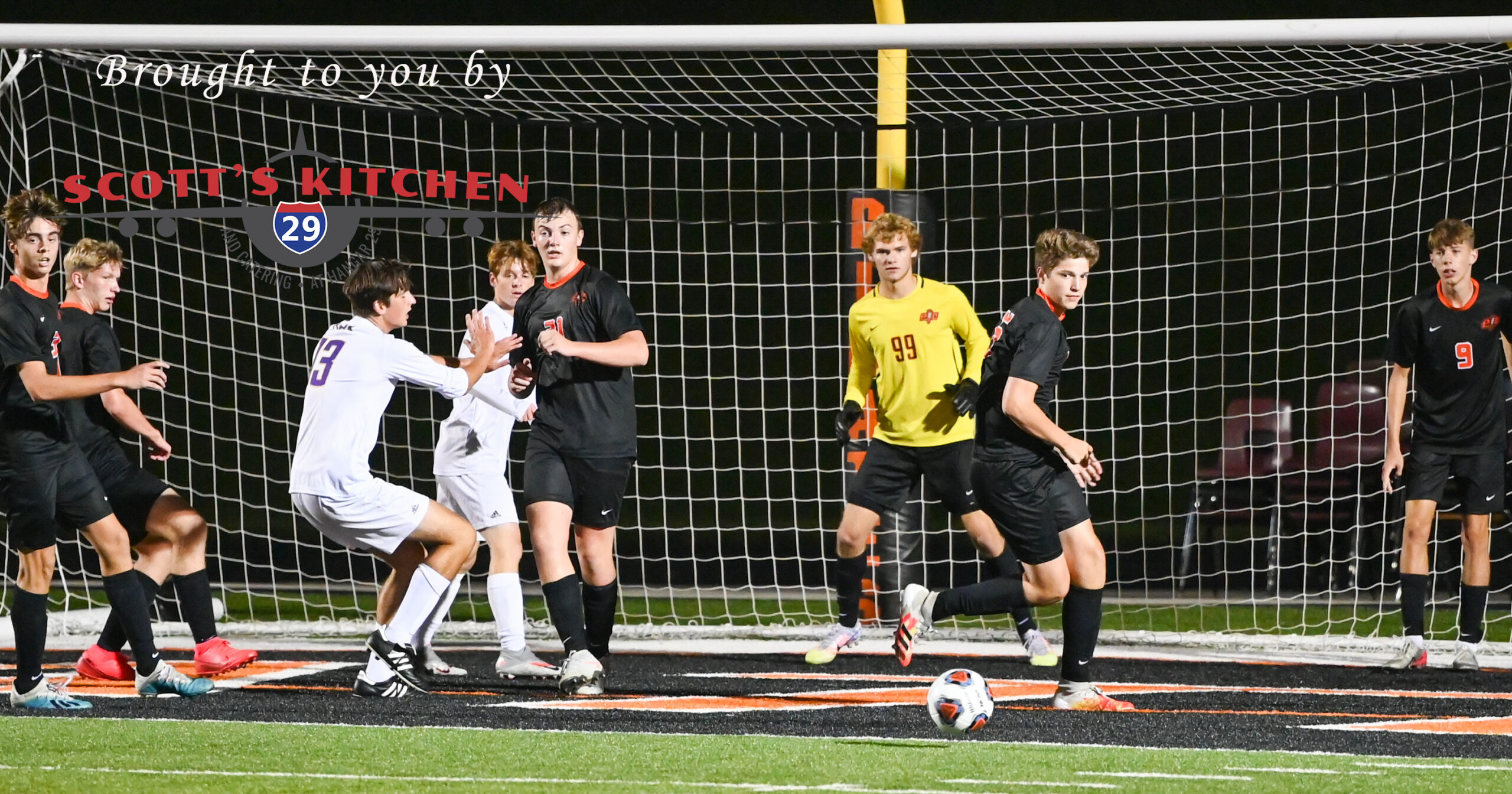 Platte County’s dominance over one of its top rivals continued Thursday night thanks to second-half goals from junior midfielder Luke Bunge and junior forward Nathan Macaluso. The Pirates were able to pull away for a 3-1 victory over Kearney at Pirate Stadium, and dating back to the second meeting between the two teams in 2015, they have won 12 straight over the Bulldogs from down the road on Highway 92.

“It was a good win — always a good win to beat Kearney,” Platte County coach Ashlyn Brantley said. “We came out a little slow, but in the second half, we stepped up and came out with energy and were able to finish. It is always a competitive game with Kearney; it doesn’t matter.

“It will always be competitive. They are a fun team to watch and play but we want to be the one that comes out on top.”

Platte County took a 1-0 lead in the 31st minute on a goal from senior defender Joey Habel, but Kearney was able to even the score ahead of halftime.

Early in the second half, Platte County quickened the pace, and Kearney was forced into a pair of fouls, including one yellow card booking, in the first 10 minutes after the break. The Pirates took advantage in the 52nd minute with a shot from Bunge that bounced and skidded into the goal past the diving goalkeeper.

Platte County had three scoring chances in the minutes that followed. The first came on a corner kick opportunity, another shot was tipped  over the crossbar and a third shot sailed wide right of the goal.

However, Macaluso finally doubled the advantage in the 60th minute with a strong shot from the left side of the 18-yard box. Palmer Boekhout, a junior forward, had a shot on goal with less than 15 minutes to play, which ended up as the last true scoring chance for the Pirates.

“I think one thing we talked about is picking up our energy,” said Bunge, a junior and one of four returning starters from last year’s Class 3 championship game. “Basically, in all three games, we have been a second-half team. Now, we have to find a way to start with energy in the first half.”

Platte County has won consecutive home games since a season-opening 3-1 loss to Raytown South. The rematch between the teams will be Monday.

In the two games since the loss, Platte County has allowed a total of one goal.

Kearney allowed a pair of shots in the second half, but Pirates junior and first-year starting goalkeeper Patrick Sullivan stopped them both. The Bulldogs had only four shots on goal, and Sullivan had three saves.

“We had some good movement and good work to create those chances,” Brantley said. “The style of play, we finally started keeping the ball and playing that one-two touch game we like to play.

“We were able to get in behind and working on keeping it (the ball) down on their end and take those chances. We were finally shooting more and trying to finish as much as we could.”