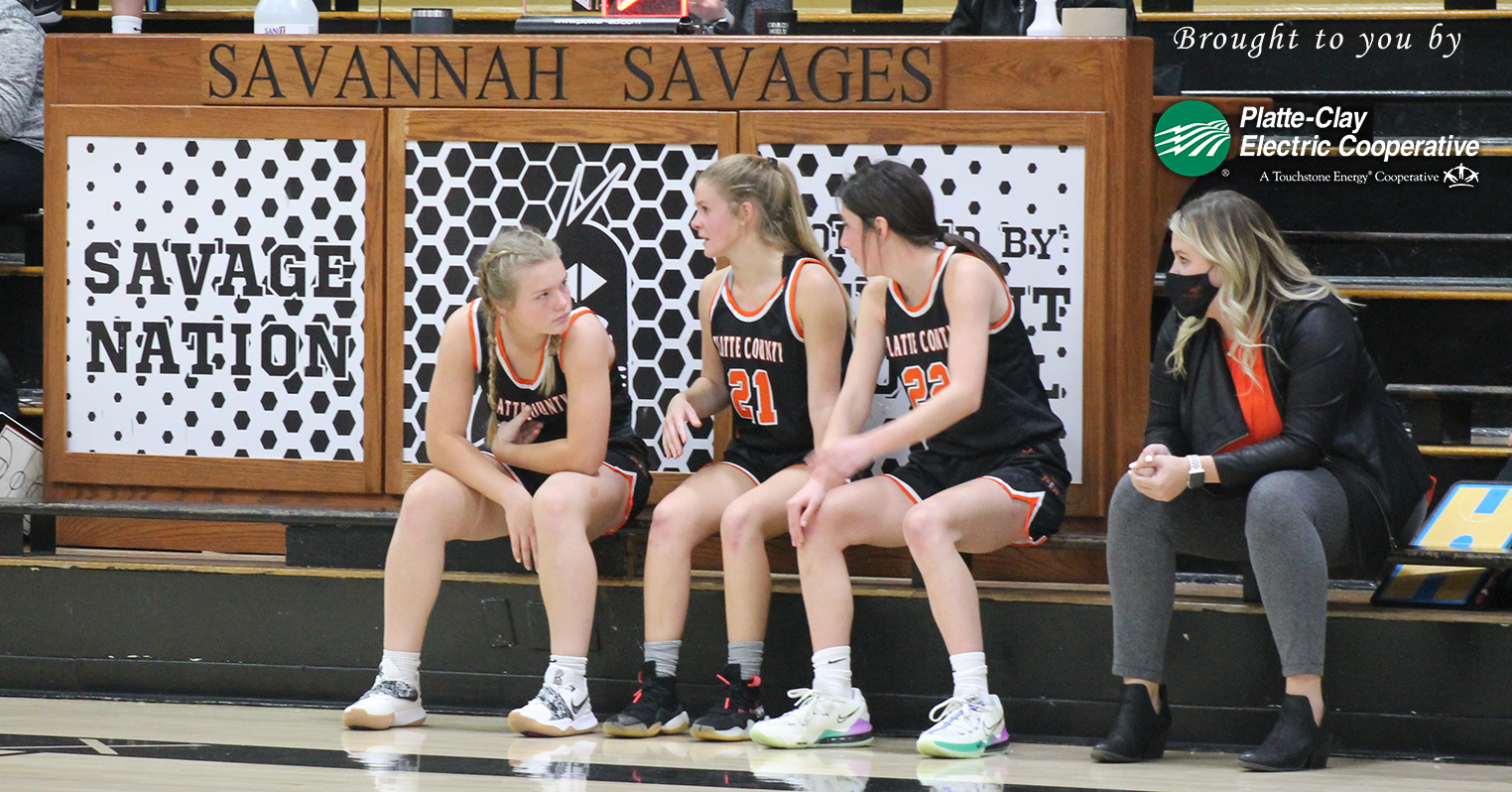 SAVANNAH, Mo. — Platte County closed the Savannah Invitational on a high note, much-needed for a youthful roster featuring only two returning starters — both sophomores. The Pirates dominated Kansas City Southeast start to finish for a 67-34 victory in the place game Friday. 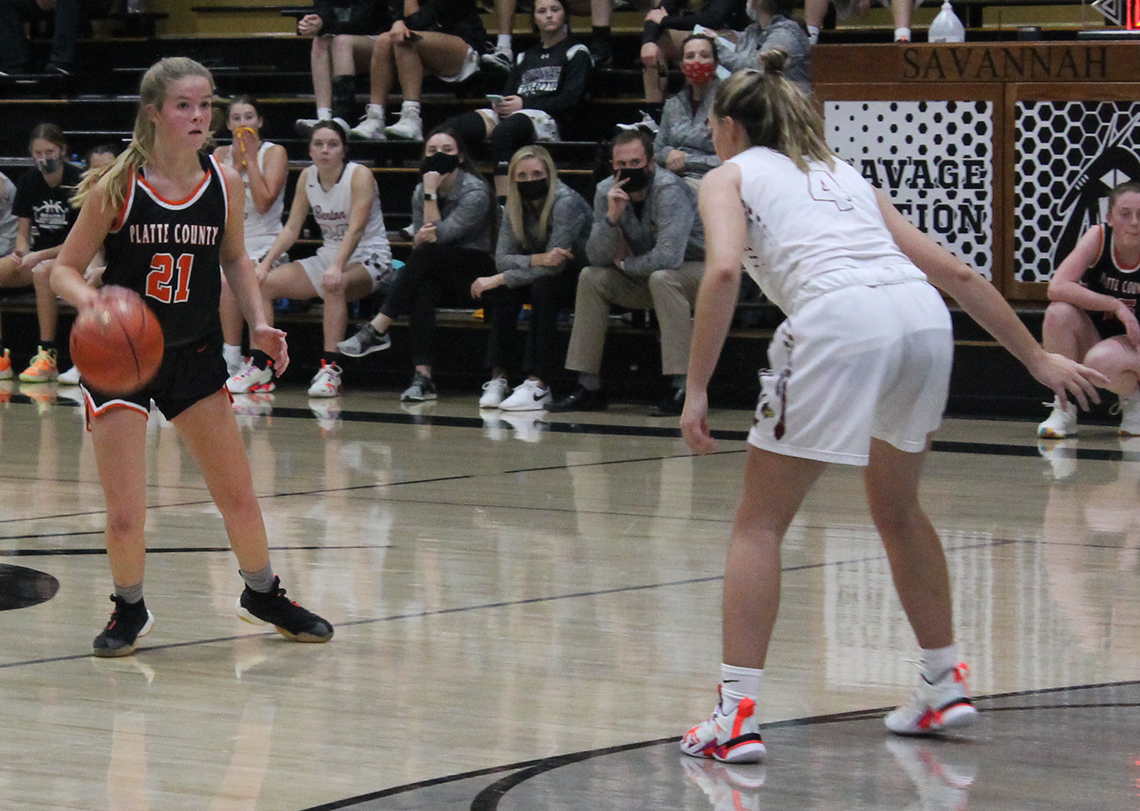 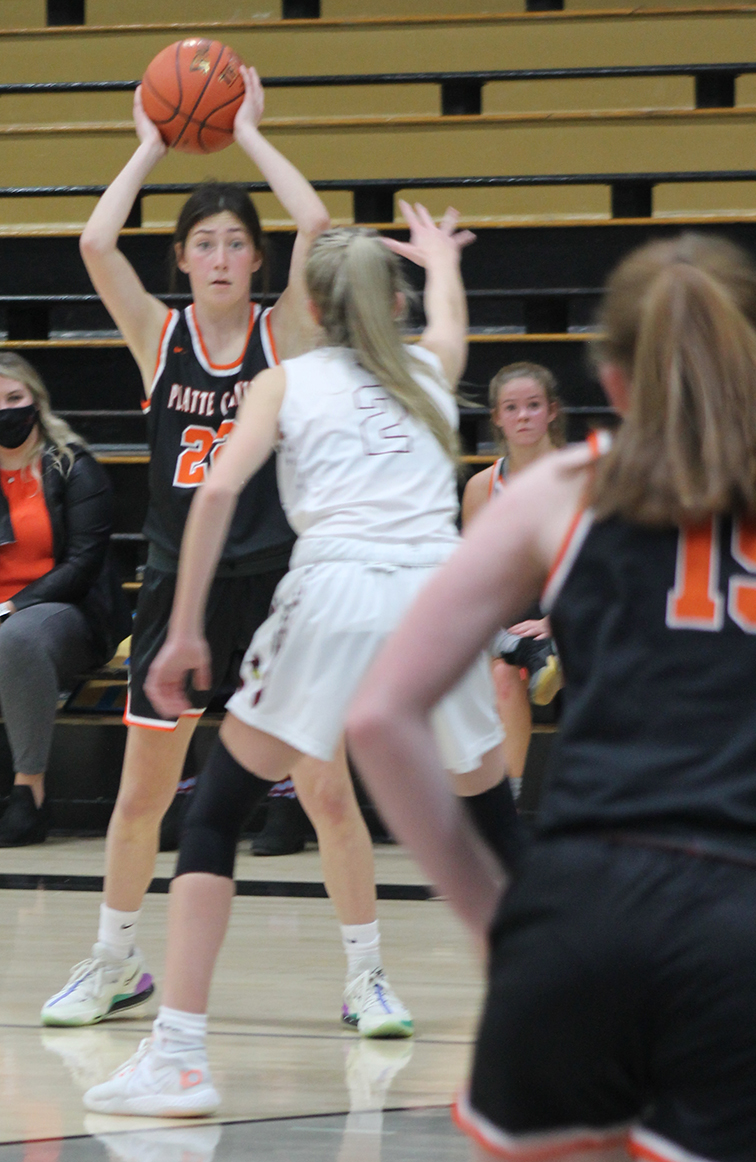 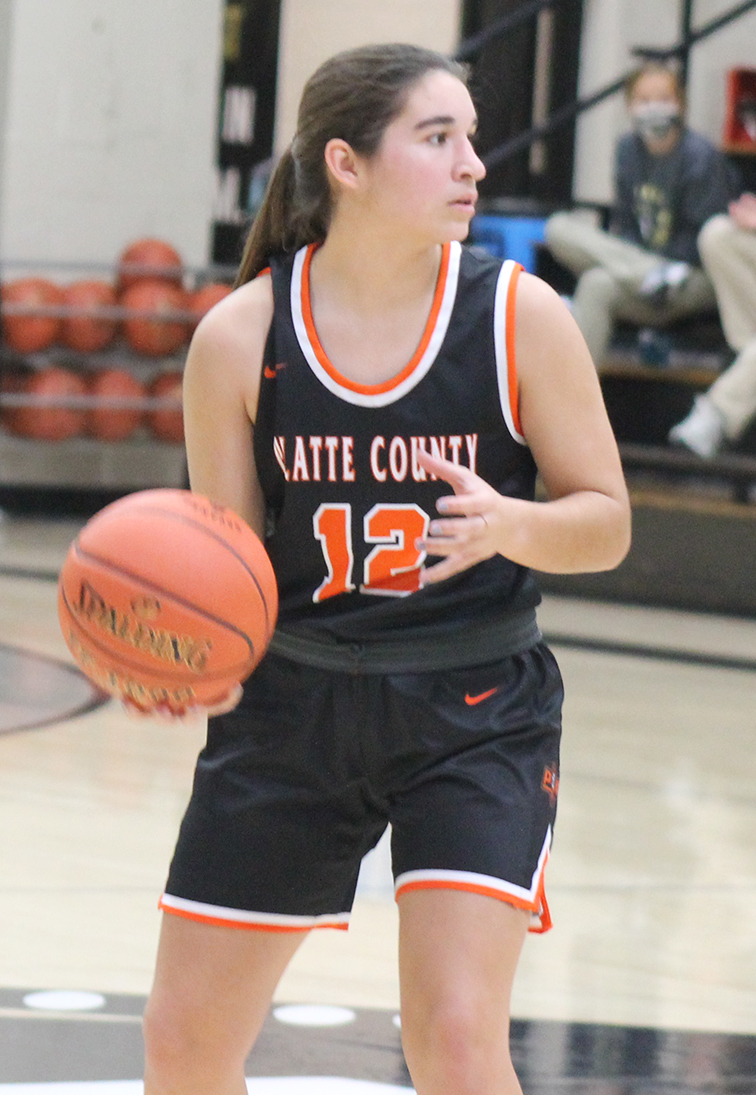 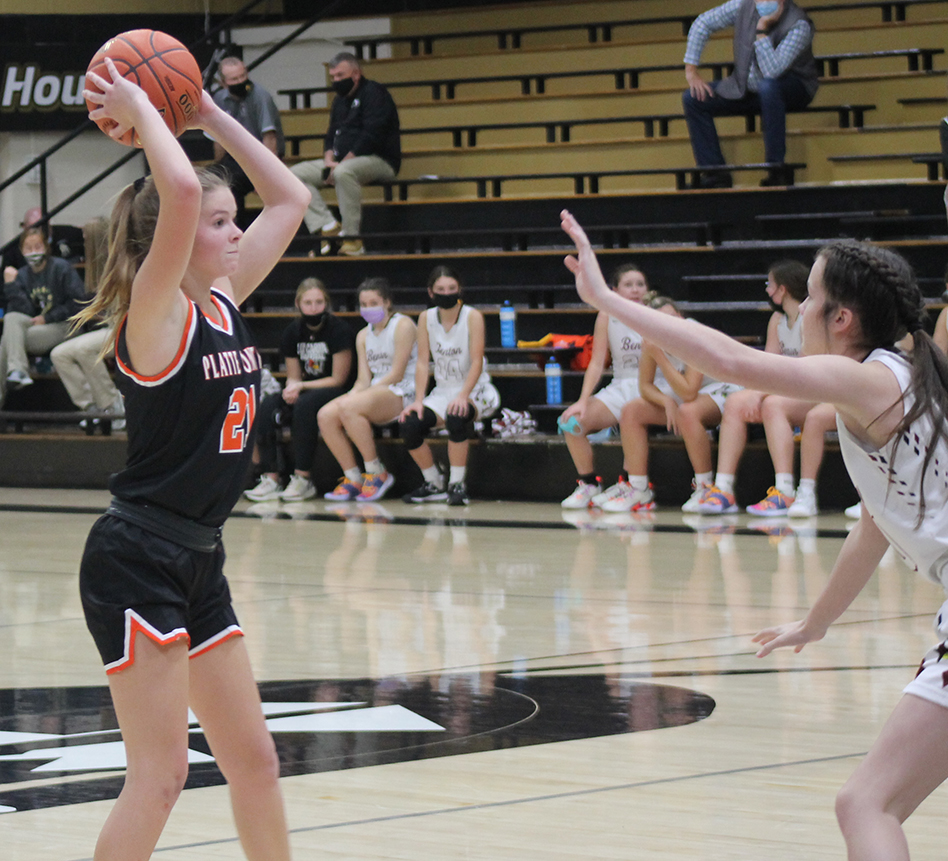 Amaira Peterson and Kiersten Robbins, a pair of juniors led the way with 15 points apiece in the best offensive showing of the week for Platte County.

“I thought we played great team basketball tonight,” Platte County second-year coach Becca Strobbe said after the win on Friday. “The girls were making the extra pass and working hard for each other. I saw players stepping up to guard their best players and taking on the challenge. There are obvious things we need to work on, but I am hopeful for the team.”

Platte County (1-2) scored 25 points in the first quarter against Southeast — more than the Pirates scored in a tournament-opening loss to Benton.

Peterson and sophomore guard Reese Pickett, one of the two returning starters, notched seven points apiece in the first quarter. Robbins added six points to help the Pirates build a 25-11 lead, and they were not challenged from there.

Platte County and Southeast each scored three baskets in the second quarter, and the Pirates led 36-19 at the break.

Six different players scored for Platte County in a 21-point third quarter, as the lead ballooned. Peterson had a pair of three-point plays in the third quarter to go with a 3-pointer in the first quarter on her way to 15 points. by scoring and drawing a foul. She finished with 15 points, sharing the team lead with Robbins.

The Pirates scored the first points in Wednesday’s consolation semifinal, but struggled from there.

Chillicothe went on an 18-0 run in the first quarter to take command, though a 3-pointer from Platte County sophomore guard Morgan Stewart and a basket by Peterson helped the Pirates pull within 18-9. They didn’t score more than nine in any of the final three quarters.

Platte county managed to cut Chillicothe’s lead to two possessions at one point in the second quarter, but the Hornets scored late for a 25-17 lead at halftime. Robbins and Peterson led the Pirates with six points apiece.

The Cardinals built an 18-2 lead after the first quarter and cruised to an opening round win on Monday.

Platte County went without a field goal in the first quarter and multiple turnovers led to more possessions and easy baskets for the Cardinals. Jaida Cox hit a trio of 3-pointers, and Peyton Anderson had three baskets in the first, as the duo combined for 17 of the 18 points.

Benton led 33-8 at halftime, and Kianna Herrera hit a trio of 3-pointers and outscored Platte County by herself in the third quarter, 11-5. Josyln Hupp, a sophomore forward and the Pirates’ other returning starter, scored six points. She put up four in the fourth quarter with Platte County outscoring Benton 6-3 in the frame with a running clock in effect.

Pickett and Stewart added four apiece for Platte County. Herrera scored a game-high 17 for Benton, which took second in the tournament.