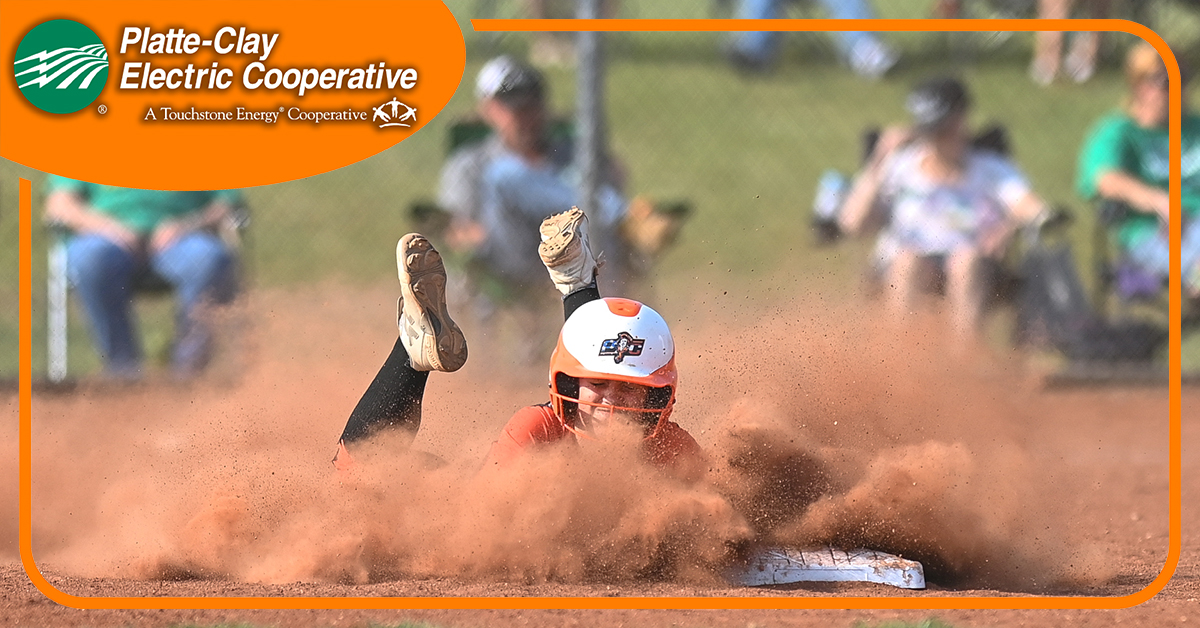 Smithville did what no one else had been able to do so far this season — completely shut down Platte County’s potent offense.

In what will likely be a key Suburban Conference Blue Division matchup, Platte County couldn’t capitalize on some early chances in what ended up a 3-0 loss on the road Monday night. Smithville snapped the Pirates’ three-game winning streak in the series, holding them to just six hits.

Platte County won a nonconference matchup between the two teams 9-8 in the season-opening Greater Kansas City Softball Classic. The two teams split a pair of conference matchups and ultimately the Blue Division title before the Pirates topped Smithville in the Class 4 District 8 title game on the way to a state semifinal berth. The Warriors now take the lead in the race this year after adding a pair of insurance runs in the bottom of the sixth.

“Every time we play, because of the community rivalries, it will be a tough game,” Platte County coach Callie Peoples. “I think we will see them two more times, another conference game and probably in district, as well.”

Entering ranked No. 8 in the first Missouri Fastpitch Coaches Association Class 4 poll of the year, Platte County put runners on base early against Smithville starter Haley Cotter but didn’t take advantage. In the second inning, Pirates junior third baseman Mackenzie Shields singled and moved to second on a wild pitch and then to third on a groundout. She ended up stranded there.

Smithville, which despite the earlier loss to Platte County was at No. 4 in the first state poll, took the lead in the bottom of the fourth inning on back-to-back hits, the latter an RBI double from Lili Callahan.

Platte County answered with back-to-back one-out hits in the top of the fifth inning from sophomore Kallie Hitzelberger and Webster. The scoring chance vanished with a caught stealing and a pop up.

“We have to come out and execute,” Peoples said. “The first three innings we had runners in scoring position and we didn’t get them done. Playing a team like Smithville, they will come back and get you.”

Smithville’s insurance runs in the sixth came on consecutive one-out singles up the middle, just beyond the outstretched arms of diving infielders.

Platte County senior Chloe Helmer started and pitched 5 1/3 innings, allowing eight hits and two walks, while striking out one. She ended up charged with all three runs. Shields pitched the final 2/3 of an inning, allowing the second run-scoring hit before working out of trouble.

Prior to Monday, Platte County had scored at least three runs in every game this season. The Pirates bounced back from the loss with 17-1 and 18-0 wins in conference play against Grandview to improve to 10-4 overall and 5-1 in Blue Division play, backing up Peoples’ assessment after the loss to Smithville.

“We have to put runs on the board to win ball games,” she said.

Helmer tossed a three-inning no-hitter against the Griffins in a conference game last Thursday at Platte Ridge Park.

Platte County scored nine runs in the first inning and six more in the second inning — doing so with only six hits. The Pirates took advantage of 11 walks, and the top two spots in lineup provided five of 11 RBIs.

Webster, the leadoff hitter, drove in one run and sophomore pinch hitter Anna Crowell had a hit and RBI. Abby Reynolds, the junior centerfielder, drove in two runs, while Hitzelberger pinch hit later and drove in a run after moving into that spot in the lineup.

Shields matched Webster with a pair of RBIs, while junior Demi Riechers, Helmer, sophomore Morgan Shields and senior Koree Church all drove in one run.

Helmer needed only 24 pitches to shut down Winnetonka, giving up one walk and striking out one.

A two-out error led to an unearned run on walkoff hit in the bottom of the seventh against Hitzelberger, who was on as a reliever. Three of Central’s four runs scored off of her were unearned due to errors.

Hitzelberger threw 5 2/3 innings, allowing eight hits but no walks while striking out two.

Platte County took a 1-0 lead in the top of the first when Webster reached on an error and then scored on a another error committed on Reynolds’ single to right field. The Pirates missed out on more runs for senior starter Chloe Helmer (one inning, five runs on eight hits) due to a double play that erased Reynolds.

Hitzelberger came on and induced a double play but the allowed a triple and two singles with Central taking a 6-2 lead in the four-run inning. The advantage grew to 8-2 in the third when the Indians added two more runs on a pair of two-out singles.

Platte County did its own two-out work in the top of the fourth. Reynolds scored Hitzelberger on a two-out single before Lawson doubled to right to plate two more, including Reynolds coming around from first. Within 8-7 after the fifth, Lawson drove in her third run with a one-out single to left, but after Gill singled and Knudsen reached on a bunt that became a fielder’s choice with no out recorded, Central stranded the bases loaded with a strikeout and inning-ending groundout.

Hitzelberger pitched a scoreless fourth, fifth and sixth to give Platte County a chance, but the Pirates went down in order in the seventh before giving up the winning run.

The Pirates won both halves of the Blue Division doubleheader Tuesday in Kansas City by identical scores in three innings while playing as the home team in both.

In Game 1, Platte County started with three straight extra-base hits — a triple for Webster, an RBI double for Reynolds and a two-run home run from Lawson. Ruskin hit two batters to force in two runs and allowed two more to score an error to see the deficit grow to 7-0, and Shields added a three-run double then scored on Riechers’ two-out double to make it an 11-run inning.

Webster added a two-run double, and Lawson a three-run double in the second to account for the final five runs. Reynolds scored three runs, while Lawson drove in six.

Hitzelberger earned the win with three no-hit innings, allowing only one runner on a walk and striking out six.

In Game 2, Morgan Shields three no-hit innings, allowing only one runner on a walk while striking out seven in her first pitching appearance of the season. Platte County supported her with 14 runs in the first inning behind a lineup of mostly reserves gaining experience. Six of the first seven and seven of the first nine Pirates’ batters walked in the bottom of the first.

Platte County junior Jules Knudsen had an RBI double, while sophomore Emma Reed had a bases-loaded walk to make it 4-0 before Church cleared the bases with a three-run double to extend the lead to 7-0. Crowell, who hit leadoff, contributed a two-run triple, and Gill lined a two-run home run to left — the first of her career.

After a single from Helmer, Mackenzie Shields added a two-run home run of her own to left.