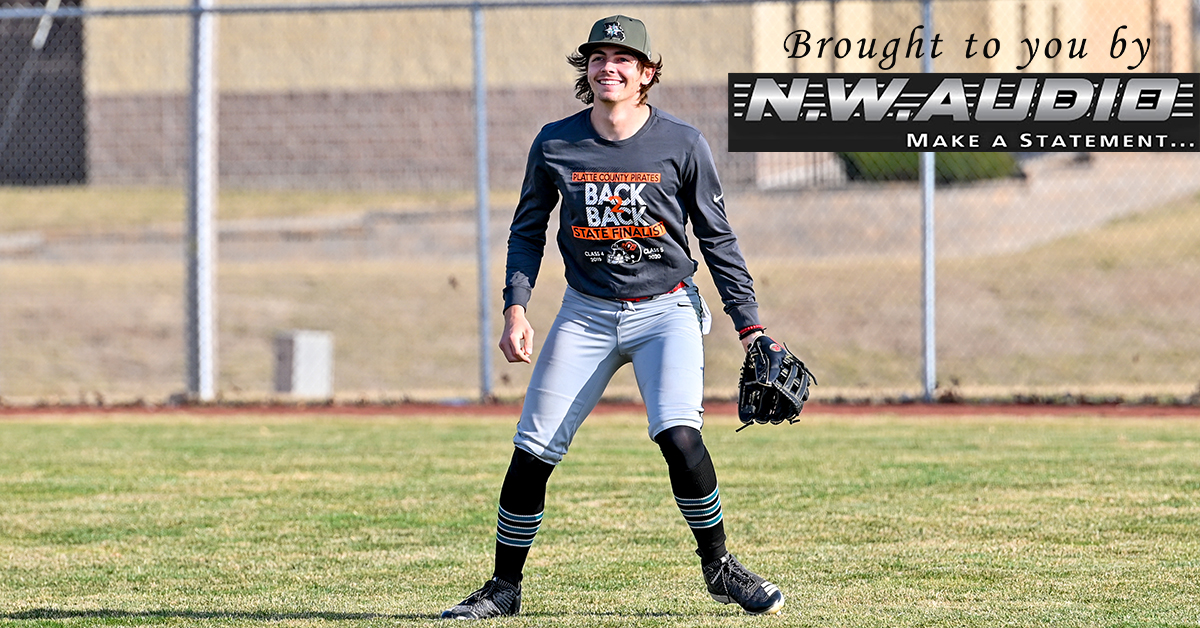 Mitchell the lone returning starter back from 2 years ago

Platte County coach John Sipes took a glance at the field during the preseason jamboree earlier this week and came to the obvious realization. There were only a few familiar faces in orange and black from when the team last played on March 13, 2019 in a 5-1 loss to Staley in the Class 5 District 16 semifinals. The Pirates finished a strong season at 17-12, not knowing they wouldn’t take the field again for nearly two fully ears.

After the COVID-19 pandemic wiped out last season and sent the 2020 class away without playing a single game as seniors, Platte County is almost back to square one when it comes to putting together a starting lineup. The only starter back from the last game the Pirates played is center fielder Dayton Mitchell. He played a little as a freshman and started in 2019 but now as a senior he is one of the lead-by-example guys that Sipes will look to have a big impact this spring.

“We lost last season and a good group of seniors who would’ve helped transition into this year,” said Sipes, who is set to start his third year at the helm. “It would’ve allowed us to get some juniors some playing times that would’ve been beneficial. We feel last year hurt us in getting our underclassmen to develop and get varsity experience. It impacted us greatly losing last year.

“Now, coming into this year we are all greenhorns. I was looking out at the field and I was like, ‘Oh my. This is a whole new team.’”

Those exits left a hole in the lineup before last year got canceled, but Sipes had a pair of future college players in the 2020 class — Trent Rueckert (Missouri Western) and Chase James (Northwest Missouri State).

Those two didn’t have much time to lead the younger group, and now, most of this year’s senior class were sophomores playing junior varsity in 2019. Platte County will have five seniors on this year’s roster in Cayden Davis, Alex McClure, Jackson McMahan, Sam Peterson and Mitchell.

Most of those have secured spots in the lineup or were battling for starting nods this year. Davis, who was a pinch runner as a sophomore, or junior Jakob Knudsen will be the starting catcher.

All four infielders will be new, but Sipes knows the left side will feature Peterson at third base and Cameron Lewis at shortstop. Platte County sophomore Jeter Mauzey and junior Sawyer Allen are battling for the starting spot at first base, and junior Ben Spence and sophomore Dylan Robertson are vying for the second base spot.

Going into the first game of the season, Sipes believes his outfield is set.

Mitchell will be in center field, flanked by junior Landon Fulk in left field and freshman Devin Wassmann in right field. The standout ninth-grader was invited to a number of showcase events this past summer and will head into his first high school game already committed to playing college baseball at Missouri after high school.

At 6-foot-2, 205-pounds, the left-handed hitting Wassmann already looks the part of a college player.

Sipes believes the strength of the team heading into the season, which starts on Tuesday at Fort Osage, will be pitching.

While there isn’t a true ace, the lanky right-hander Fulk and the left-handed throwing Allen will be the 1A or 1B when it comes to sharing the role at the top of the rotation. McClure, a signee to Northwest Missouri State, will be heavily featured, while McMahan, Spence, Mauzey and sophomore James Schwieder will also have a chance to eat some innings.

“The boys did a chance to play a little in the summer and some of our assistants got a chance to watch them and get an idea what they can do,” said Sipes, who will be assisted on varsity by Todd Jaros, Neil O’Brien and Austin Shanks. “In the offseason, we kept a close on them, and we knew what we were getting and we had certain expectations and what they were able to do. It has been difficult, as a team, to find the right parts and the right camaraderie. Right now, the weather is killing me. We got spoiled the first week of the season. We want to do a bunch of intersquad this week and trying to put them in situations to see live arms and live at-bats.

“We hope to see them in game-like situations and how they respect and react before the first game. The first couple of games will figure it out and hopefully hit our stride in mid-April.”

Platte County has played in the largest classification for the sport in recent seasons but should be bumped down with addition of a sixth class for this season. The Pirates will likely stay in Class 5 and not be lumped in with the state’s largest schools in Class 6. District assignments will be released at a later date.