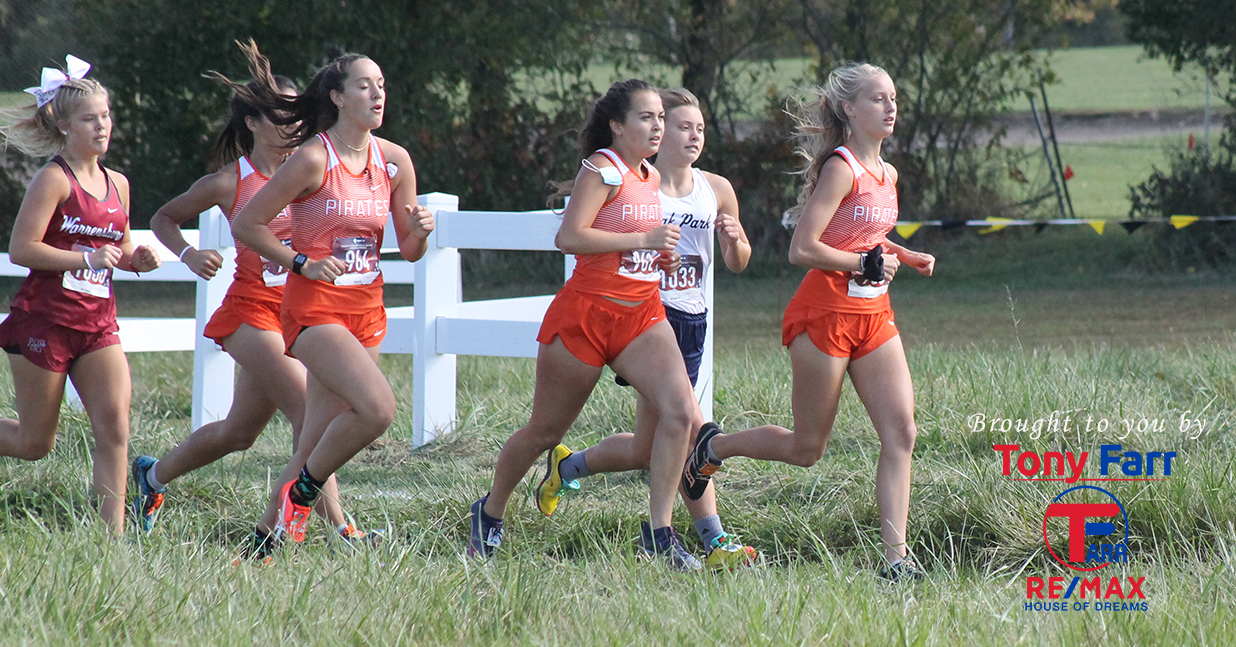 Hours after being crowned homecoming queen, Platte County senior Maddie Klippenstein went out and paced her teammates in a stacked Kansas City Classic field on Saturday at Raymore-Peculiar High School.

Klippenstein averaged a 6:47 mile and finished the 5K course in 21 minutes, 3.21 seconds, taking 70th place in a season trending up after dealing with injury early. The competition included a number of state trophy teams on both sides of the state line, and Platte County’s postseason assignment no longer includes the majority of the Missouri participants.

“I think it went pretty well; our team did good,” Klippenstein said. “We tried something new today, so not as good as we were hoping for. Still a really solid run and good effort by all girls, so I’m happy.

Typically, we go out pretty fast, and we just try to hang on and see how that works. But today, we wanted to start out just a little bit slower and then see if we could negative split. That didn’t quite happen how we were hoping, but I think it was good to try it out.”

Klippenstein was one of the top-five finishers in Wave 4. To deal with COVID concerns and more than 200 runners in each varsity race, the Kansas City Classic and others send out six to eight teams at a time to limit running in close proximity.

This also makes it hard to gauge the placements in real team.

Platte County placed 21st out of 28 teams. Pirates senior Jenna Jurgensmeyer was next behind Jurgensmeyer and placed 98th, while freshman Carmen Gentilia and senior Ryanne Rhude were separated by just 3 seconds in 112th and 115th. Kaylee Major, another senior, was the Pirates fifth runner, placing 139th.

Taylor Giger, a senior and Platte County’s lone returning state qualifier, ran just her second varsity race of the season and third overall and placed 177th as she looks to regain her form late in the year. She’s dealt with a foot injury all season.

On the boys side, Platte County kept a tight pack, and the five runners factoring into the team score all finished within 1 minute, 10 seconds of each other. Pirates senior Blake Bjustrom led the way in 94th at 17:23.5 with junior teammate Andrew Early right behind in 95th with a time of 17:23.6 in what was a photo finish between the two.

“So, coach today kind of wanted us to pace differently and go out at 3:25 (for the first mile) and split from there. We did that,” Early said. “Then right when we got to the 3K, I mean, (Blake) and I felt good, and we just went for it.”

With the Suburban Conference Blue Division Championships coming up, Platte County tinkered with strategies and race plans, knowing the most important races are in the coming weeks.

“We had a pretty good game plan,” Platte County coach Chris Stubbs said. “We were kind of using this week for prep for conference. I’m real proud of the kids. We had some seniors that, I don’t want to say sacrificed because they still ran good races, but we kind of used them to help pace some of our middle pack. And it worked great.”

With COVID-19 protocols in place with numbers, the layout of the course changed, too. It meant switchbacks at a number of places to create separation of runners.

“It’s a little bit different,” Bjustrom said. “The first mile there is a little more switchbacks. But it’s really the same. Going into it the game plan … strategies were all the same. I knew the right place to kick and the right places to hold back.”

“It’s different, a lot of work for the coaches trying to run from one place to the next to see all the kids finish,” Stubbs said. “But for some of them you just have to look at the results. We were relying on our managers and other people around to do the splits and stuff. I think it’s good. It’s non-stop action.”