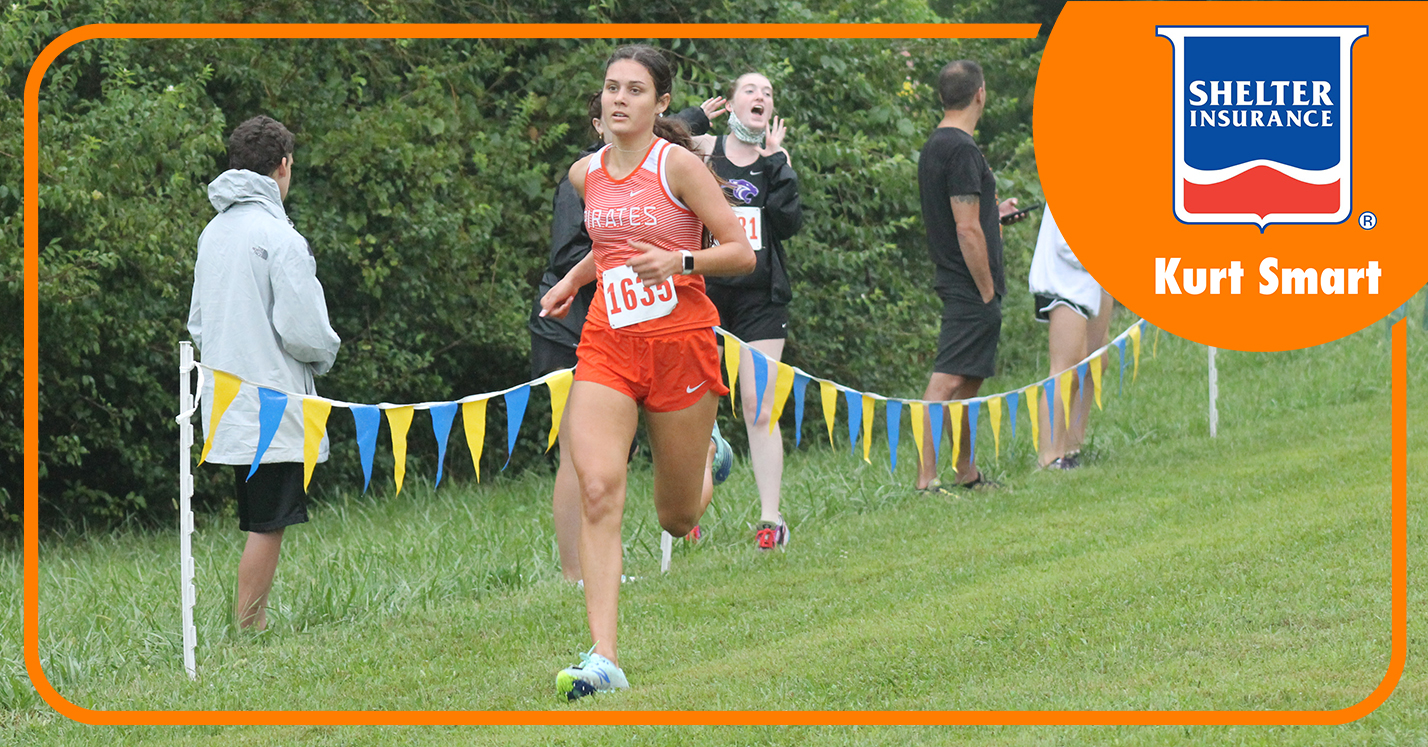 LIBERTY, Mo. — Platte County first-year coach Courtland Ingram expected a lot of turnover in his lineup, but the season-opening Tim Nixon Invitational on Saturday on the Wildflower Course at Liberty North High School provided an in-depth look at the potential pieces for this season.

With expected sophomore No. 1 Carmen Gentilia held out for what Ingram called “a little injury,” there were no runners back from last year’s Class 4 Missouri State Cross Country Championships’ team and only two runners who ran in the race last year. However, Sisely Mitchell — a sophomore track standout — came in as runnerup in the Silver Division behind Kearney freshman Alex Kinstler and led the Pirates to a second-place team showing with only four full teams in attendance.

Mitchell debuted with an eye-catching personal-best time of 20 minutes, 35.7 seconds.

“It was her first cross country race, and she impressed,” Ingram said of Mitchell. “I think she had fun and that is the most important thing.”

Ingram takes over this season after multiple years as an assistant under veteran Chris Stubbs, who announced prior to the 2020-21 school year it would be his last in charge at Platte County. The Pirates sent him out in style, qualifying five individuals in a revamped postseason setup that allowed them to compete at state as a team, although last year’s format has already been scrapped in favor of another new iteration.

However, with Mitchell out front, Platte County bettered its third-place finish in the Silver Division, made of the smaller schools in the fourth annual race, from a year ago. For comparison on Mitchell’s 20:35 time, Klippenstein emerged as the Pirates unquestioned No. 1 a year ago with a personal-best time of 20:16.40.

The Nos. 2 and 3 runners for Platte County on Saturday were junior Sloan Kassen (23:22.90, 13th) and sophomore Alex Beeman, who finished 21st in 23:51.60 and just missed a third individual medal for the team of relative newbies. They both ran at the Tim Nixon a year ago but were well back of their 2021 finishes and were well off their PR times set in the junior varsity Suburban Conference Blue Division Championships a year go but showed off their potential to be important contributors to a rebuilt team this year.

“I think we are lucky to have good managers in Haley Brunner and Lydia Doole. They help keep the girls calm with the experience they have,” Ingram said. “It was nice to have them navigate. I think the support of the team will go further than what I can say. I think we are in a good spot.”

Platte County freshman Madison Palmer (24:06.60) and sophomore Julia Greco (24:09.60) came in right behind Beeman in 22nd and 24th, respectively, while finished with 61 points and took second place behind Kearney, which had 26 points. With Gentilia out, freshman Annabel Beeman (33rd) and senior Triton Davey (36th) rounded out the opening lineup for the Pirates.

“Smart running for the most part and more than anything,” Ingram said of the performances. “It was fun to watch them compete. It was a lot different last year with the (COVID) restrictions. This felt more like cross country today. It was fun for them, and I’m glad they can enjoy the moments together.”