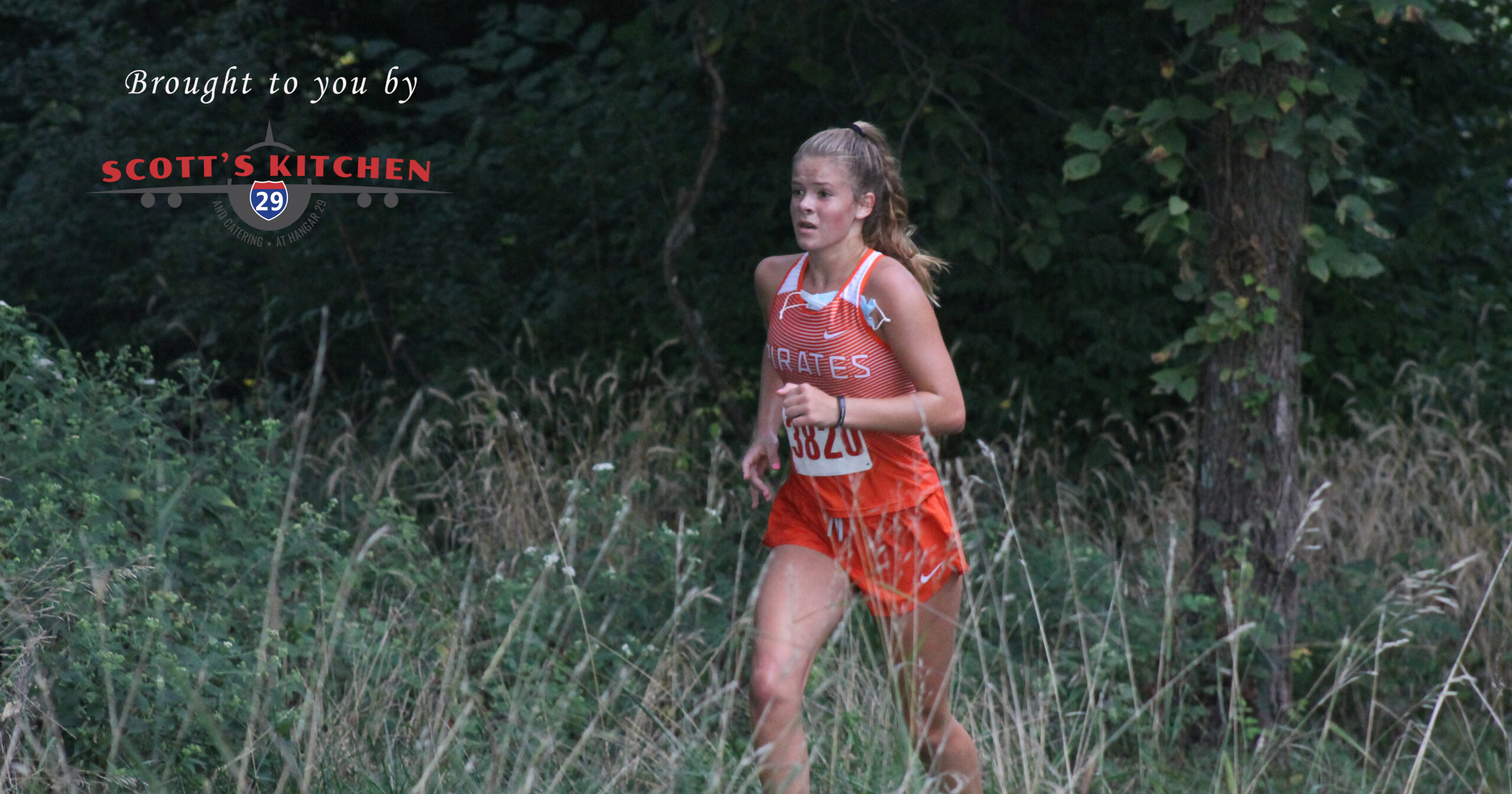 Platte County opened the season with a team and individual championship at the Tim Nixon Invitational on Saturday, Sept. 5 in Liberty, Mo. With teams divided into three tiers based on the previous seasons’s success, the Pirates were placed in the Bronze Division and finished first with 11-point gap ahead of Kansas City East. Fort Osage, Lawson and William Chrisman made up the remainder of the top five, respectively.

“It was nice seeing all the hard work these kids have put in, not just this summer, but for three or four years paying off for them,” Platte County coach Chris Stubbs said of his team showing at the Wildflower Course at Warrior’s Best Friend Foundation. “We are going to surprise some people, I think.”

Platte County senior Blake Bjustrom took advantage of the opportunity and finished in  18 minutes, 15.9 seconds to win and had a 10-second margin of victory over Travis Webster of Kansas City East. This marked the first career individual victory for Bjustrom, the top returner on the roster

In all, Platte County had six individuals in the top 15. A trio of Pirates finished in order with junior Jace Trimble fourth, Andrew Early fifth and senior Andrew Plymell placed sixth. There was just a 6-second gap between the three.

Kage Audas, a sophomore and newcomer to the Platte County varsity roster rounded out the team score with a 12th-place finish. Andrew Johnson, a freshman, was right behind in 13th in his debut.

“We knew we were going to need a young runner to fill in for our fifth spot, and Kage did a nice job,” Stubbs said. “We feel we are pretty solid one through four and are hoping a fifth runner can emerge to make us even better.”

On the girls side, newcomers quickly made an impression to an already solid Platte County roster in the season-opening meet co-hosted by Liberty and Liberty North in honor of the late track and field and cross country coach Tim Nixon. The Pirates took third place in the Silver Division, and their top two finishers were freshmen.

Carmen Gentilia led the way with a 14th-place showing (22:12.8) while Lydia Doole was 10 seconds behind her and placed 16th.

A trio of Platte County seniors followed closely together: Maddie Klippenstien (18th), Jenna Jurgensmeyer (20th) and Ryanne Rhude (23rd) to round out the team score. Pirates senior Abbie Schwieder (32nd) and sophomore Sloan Kassen (43rd) were the others in the opening-race top seven.

“The biggest surprise was how well our young kids ran,” Platte County coach Chris Stubbs said. “We return a very experienced team and to have two freshmen and a first-year sophomore in our top seven was a nice surprise considering we felt our veteran runners ran very well.”

Platte County had a team total of 81 points, coming in behind Lee’s Summit North (77) and champion Blue Springs (76). The Pirates were followed in the standings by Grain Valley and Park Hill South.

“The team did really good,” Klippenstein said. “The freshmen all did so good … better than expected. I think we had five girls in the top 50, which is really good for a big meet like this. I’m super pumped.”