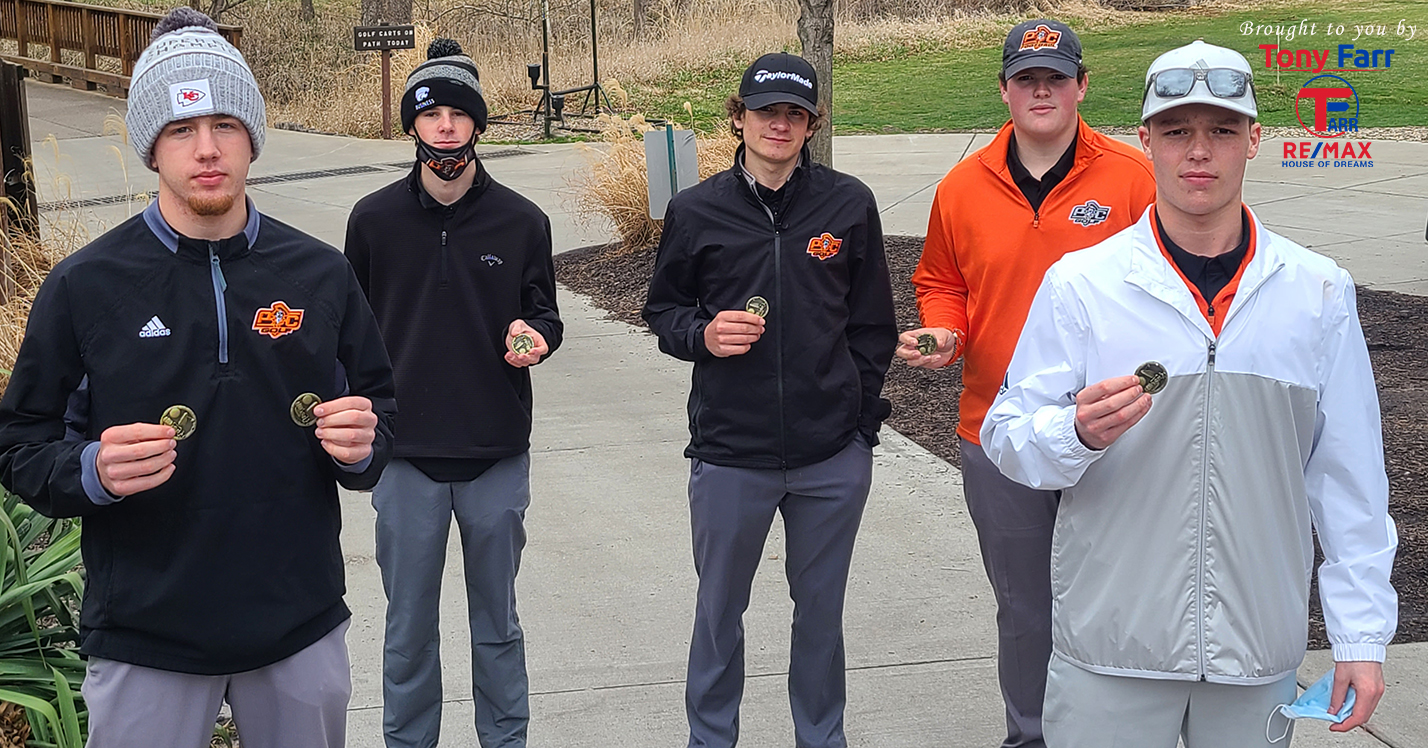 During one of the final preseason practices, Platte County senior Grant Gomel took note of the underclassmen with potential to help the Pirates pick up where the successes left off in 2019. In particular, he pointed out one name: Parker Amos.

“He is looking pretty good,” Gomel said of the sophomore.

Amos made the the early scouting report look good, winning the Winnetonka Invitational on Wednesday at Hodge Park Golf Course in Kansas City. The Pirates placed four golfers in the top 15 to claim the team title as well. They finished with a 342 to best rival Kearney by 15 strokes with St. Joseph Central finishing third in the 11-team field.

“The team played pretty well for having wet and cold conditions,” Platte County coach Trevor Short said. “We were pretty pleased with the performance of the team and know that we left some shots out there on the course today. The main thing is that we are out there playing and gaining some experience since we were not able to compete last season.

“We are excited that we were able to bring home some hardware from our first outing of the season. The team will use this as motivation to continue to improve on our skills as we progress this year.”

Amos shot an 8-over 78 in what ended up his first high school competition after the COVID-19 pandemic wiped out what would’ve been his freshman season. He finished one shot in front of Ethan Edwards from Excelsior Springs.

“It was pretty good overall,” Amos said of his round. “On the front, I couldn’t really get on in regulation; it produced a lot of bogeys on the front.”

Amos shot six over on the front nine, starting on No. 1, but then started to roll on the back nine. He finished with his only birdie at No. 18 to go with eight pars and nine bogeys.

“I got the jitters out and I’m good for the rest of the year,” said Amos, who sported a Chiefs Super Bowl LIV beanie on what was a rather chilly day. “I don’t have as much experience as everyone else, but I think I have enough experience over the summer that I can compete.”

The JV champion of the Suburban Conference Blue Division Championships as a freshman, Gomel also made his competitive return to the course less than five months after undergoing complete reconstructive surgery on his knee after a football injury.

‘The front nine was good but the back nine my knee started to get a little stiff; but other than that good,” Gomel said.. “We haven’t played a tournament like this in two years; it felt good to be out here.”

Platte County sophomore Carson Childers shot 91 to tie for 12th and round out the team score, while senior Conner Dean carded a 95 to finish in a tie for 21st. Gomel had been the lone returner from the Pirates’ Class 3 District 8 lineup in 2019, meaning the other four were mostly new to the top five.

After the win, Platte County goes idle for a week before traveling to Blue Springs on Wednesday, March 31, to play in a quad with Grain Valley, Kearney and Blue Springs. The next day is the Park Hill Invitational.