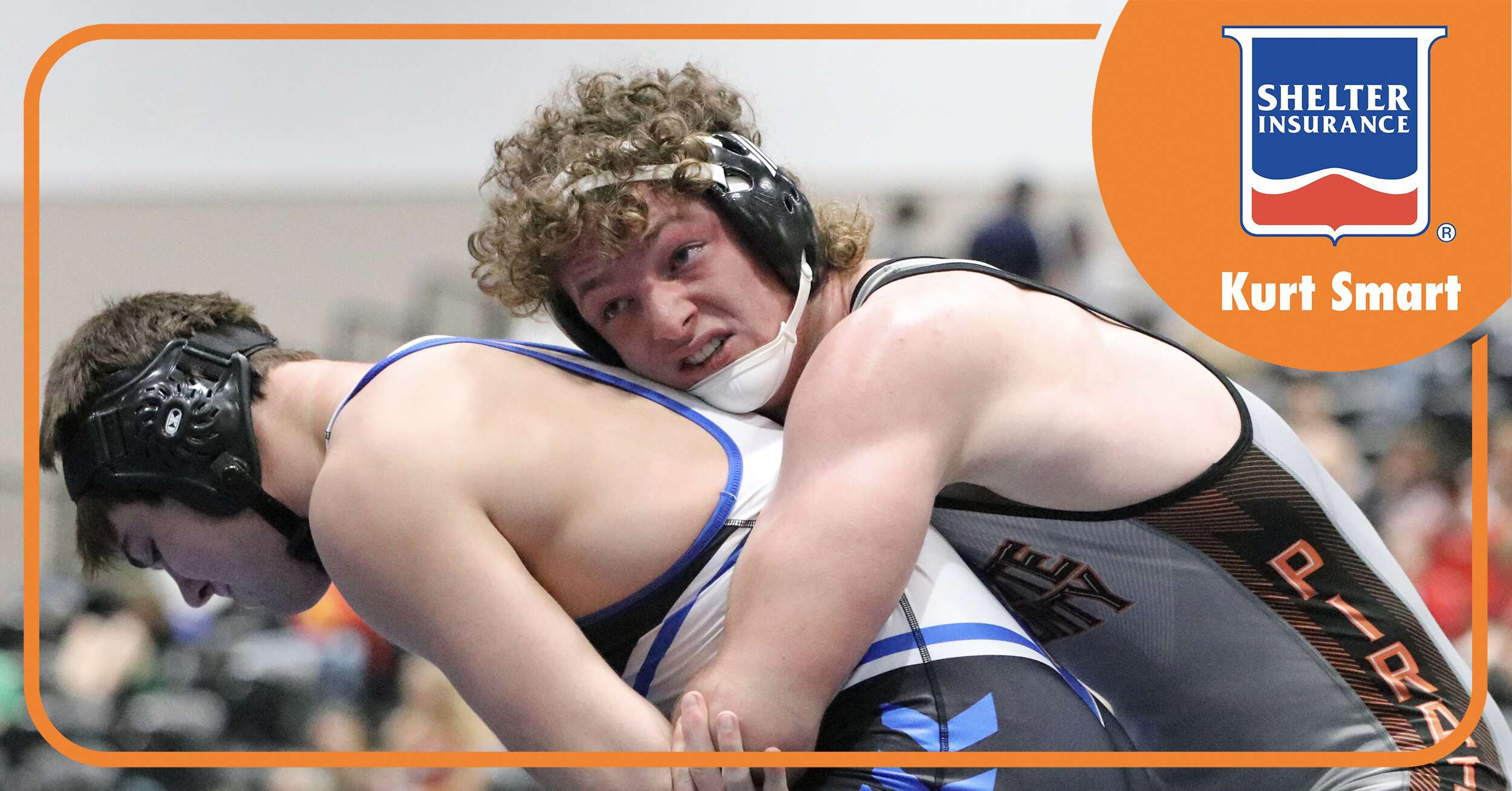 Platte County’s senior leader acquitted himself quite well with a pair of pins and two tight losses by decision. He ultimately ended up with a fourth-place finish after losing his rematch with third-seeded Dax Carlton of Stillwater (Oklahoma) in the third-place match.

That makes back-to-back fourth-place showings for Walls in two of the toughest tournaments in the Midwest.

“I’m happy with the way he’s competed, and just keep betting better and get to more attacks as the year goes on and he’ll be just fine,” Platte County coach Reggie Burress said.

Platte County ended up with only Walls and sophomore Jake Fernandez (eighth, 220 pounds) in the medal rounds. The Pirates wound up tied for 34th with Missouri Class 3 rival Neosho at 47 points in a field of 54 teams from all over the country.

Unlike previous years, KC Stampede didn’t feature pool wrestling and went with a straight bracket setup. Wrestlers who lost twice on the opening night of the tournament competed in pools on the second day but did not score team points.

Platte County went into the tournament without senior and two-time Stampede medalist Eli Rocha (concussion) and senior Jared Parsons (shoulder) due to injuries suffered the week before during the trip to the Council Bluffs Classic. The Pirates’ chances then took a bigger hit when senior Blaine Keuhn, a fifth place medalist as a junior in the Class 3 Missouri State Wrestling Championships, drew a state champion from Thompson (Alabama) in the opening round and ended up in the consolation part of the bracket right away.

Walls, Fernandez, Keuhn and sophomore Caden Hulett were the only wrestlers for Platte County still in contention for medals on Saturday morning.

Earning the No. 6 seed, Walls advanced to the quarterfinals with a 38-second pin but immediately faced off against Carlton for the first time. Walls took a 5-0 lead in the second with a reversal and three near-fall points, but Carlton had closed the gap to 5-3 in the third period with an escape and a takedown.

Carlton was earning back points late in the match and appeared on his way to a 6-5 victory when he found himself the victim of a defensive pin. During the move, Walls managed to flatten Carlton’s back out for the unexpected fall at 5:54.

Walls’ spot in the semifinals guaranteed a medal, but he just missed the championship match, giving up a late takedown in a 3-1 loss by decision to Seckman’s Dylan Carlton. Walls then went to the consolation bracket and immediately drew No. 1 seed Kaden Glass of Goddard (Kansas).

After getting the match’s opening takedown, Walls immediately turned Glass to his back and pinned him at 2:32 to reach the third-place match. Carlton won the rematch 3-0 with Walls choosing neutral to start the third period looking for a takedown to potentially spur a comeback.

Fernandez went in unseeded but reached the quarterfinals where lost an 8-1 decision to top-seed and eventual champion Gunnar Garriques of Baylor (Tennessee). Fernandez got his last win of the tournament with a dominant 5-0 victory over Colt Heisz of Lebananon to guarantee a medal.

“Jake Fernandez had a great tournament here as a sophomore at that weight class,” Burress said. “He’s getting better all the time, and he’s going to keep getting better. He’s just got to keep fighting.”

Keuhn lost an 8-2 decision to Thompson’s Carson Freeman in a ridiculously difficult first-round draw. Keuhn came back with a pin of Staley JV’s TJ Shanks, a 6-3 decision against Ben Dunlap of Garden City (Kansas) and a 9-1 major decision over Adonis Bonar II of Creighton Prep (Nebraska) and finally a 6-2 decision victory vs. Kaden Murray of Jay (Oklahoma).

Needing just one win to go from unseeded and first-round loss to medals, Keuhn ended up pinned in the first period against Connor Padgett of Maize (Kansas). Padgett went on to defeat Freeman in the fifth-place match of the bracket.

Hulett reached the quarterfinals after an opening pin and then a 3-0 decision over No. 7 seed Erik Egstad of Park Hill. Hulett then lost by fall to second-seeded eventual champion Christopher Kiser of Ponca City (Oklahoma) to end up in the consolation bracket.

That meant one win was needed to get to the medal matches, but Hulett lost a 4-1 decision with his only point coming on a late stalling penalty point against Declan Strait of Chaparral (Kansas).

“Caden had a pretty good tournament,” Hulett said. “He had a good showing.”

Platte County’s only other wrestler to have a win on the front side ended up being junior 285 Mar’Quese Brown who won a pair of decision in the consolation bracket at 285 after an opening-round loss to eventual medalist Stevie Gabb of Fort Osage. The Pirates also had Ben McDaniel win his Day 2 pool at 160 with three pins that took less than 3 minutes total.

Ahead of the Christmas break, Platte County hosts Park Hill South in a dual Tuesday night. The rest of the schedule should be easier to navigate for the Pirates, who went to the Council Bluffs Classic rather than the traditional recent trip to the Cheesehead Invitational in Wisconsin.

Rocha should be back for this dual, while Parsons’ status remains up in the air.