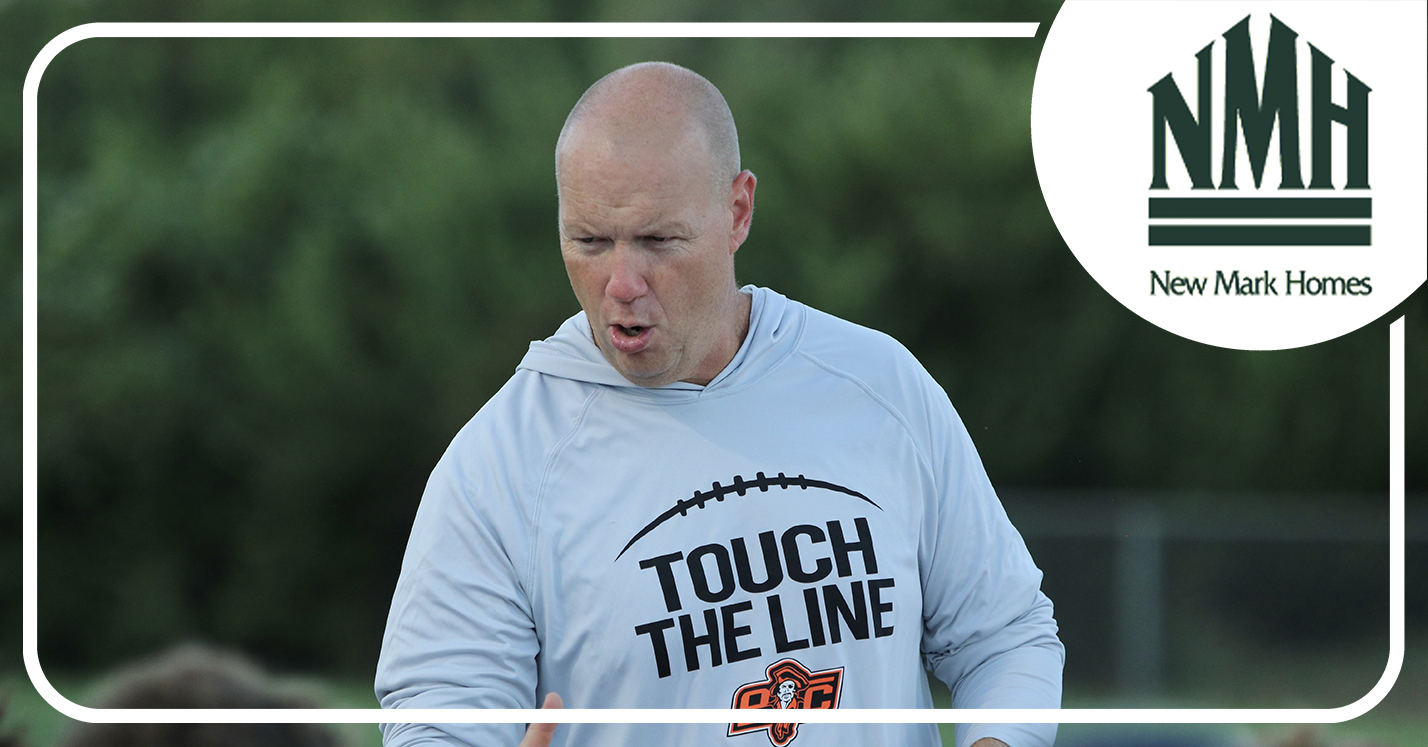 Bill Utz plans to live the mantra — anchor down and stand his ground as he prepares to deal with a difficult opponent, one without a scouting report available.

Recently diagnosed with an aggressive form of bladder cancer, Platte County’s veteran head football coach already underwent one procedure to remove a tumor and will endure another in the coming days. He then likely faces weekly cancer treatments with intermittent breaks later in the year and regular scans for the rest of his life to monitor for any future cancerous growths.

For now, the prognosis remains good, even with some uncertainty ahead. Utz plans to continue in his teaching and coaching roles — hopefully with minimal interruptions — while also making sure to put his health and well-being first.

“I’m just so thankful I recognized something might be wrong and made the decision to go to the doctor,” Utz said. “My situation could be much different if I tried to ignore the warning signs, tried to be tough and act like this couldn’t happen to me. It could be easy to ask, ‘Why me?’ But when I sat back and really thought about this, I realized, ‘Why not me?’ This can happen to anyone, and I’m not special. If it’s going to be me, I’m going to fight this with my wife, three kids and all of my friends and family beside me.”

Utz, 50, enters his 15th season as head coach at Platte County in the best run of his career. The Pirates have won eight games or more in each of the past eight seasons, including a run to the Class 4 state semifinals in 2017 and back-to-back state title game appearances in 2019 (Class 4) and 2020 (Class 5). He owns a 116-53 record at Platte County and a 142-107 mark when adding previous stints at Mid-Buchanan and Stewartsville.

Prepared for another successful season, Utz doesn’t plan to let his diagnosis of high-grade papillary urothelial carcinoma with squamous differentiation be a distraction. The first procedure he underwent removed a tumor from his bladder, and the upcoming procedure will take a portion of the bladder muscle to make sure the cancer has not spread due to the aggressiveness of this form of cancer.

If those tests come out clear, the cancer treatments will start later in the summer with the liquid going directly into his bladder. He knows there could be days where he experiences side effects, but one hallmark of his staffs at Platte County has been consistency. This will allow him to lean on his other coaches to keep the Pirates in steady waters if absences become necessary.

“I have to be smart about this,” Utz said. “But at the same time, I have an opportunity to stand up and fight while trying to keep as much of my routine as normal as possible. The Platte County R-3 School District and the community have always been there for me, and I’m going to be there for them as much as I possibly can.”

Utz came to Platte County in 2005 and spent three years as an assistant under Hall of Fame coach Chip Sherman, who retired after the 2007 season. The Pirates won three straight Class 3/3A titles from 2000-2002 under Sherman’s guidance, and Utz took on the task of leading the Pirates into a new era as they left the Midland Empire Conference for the Suburban Conference in his first year at the helm.

Under Utz, Platte County has gone to the playoffs eight times, including the run of three semifinal appearances in the past five years. The road to his success didn’t come easy, and he plans to embrace the challenges of teaching and coaching while undergoing cancer treatment with support from those around him — a mentality that might not be possible without the early detection of his bladder cancer.

In early May, Utz noticed blood in his urine and opted not to assume the symptoms to be a urinary tract infection or kidney stone. Instead, he made a call to his doctor, and while the next procedure will determine if the cancer has spread to the muscle wall, there could be bigger decisions ahead.

For now, Utz feels good with no physical symptoms while knowing the potential for adversity ahead, given the high-grade of his particular cancer.

“So far, it’s the best-case scenario for the worst-case scenario,” said Shauna Utz, Bill’s wife of 24 years and easily his biggest and most vocal fan. “We know it’s a miracle to have caught this so early, and we won’t take that for granted. We can already see God’s hands involved in this. For now, I’m going to celebrate the wins with him and be there for him during the lows.

“We don’t want you to feel sorry for Bill, just support him with his battle and possibly find some motivation to embrace a personal battle. We are much stronger when we acknowledge our vulnerabilities and let others help us fight.”

Added Bill: “I don’t want to be known as the coach with cancer. I’m facing some adversity, but I’m so lucky to have my family rallying behind me. Many others have it much worse, and I urge anyone out there who might learn about my situation to make their health a priority and listen to your body. Be vigilant, and don’t be afraid to ask questions and seek medical advice.”