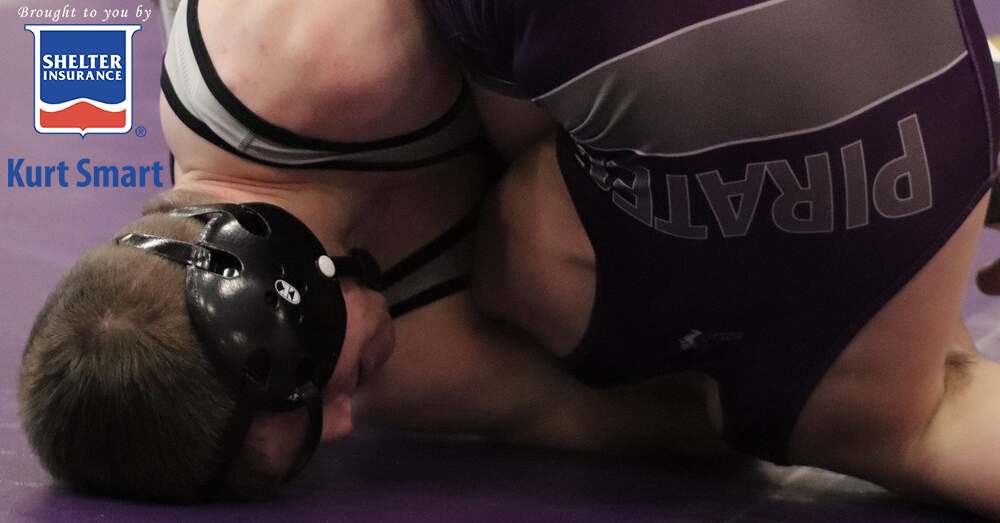 Platte County coach Reggie Burress expects more than one infusion of talent to his roster this season. In addition to a bump from two high-profile freshmen, the Pirates also expect a pair of former Class 3 Missouri State Wrestling Championships qualifiers back after being away from the team a year ago.

Add the quartet to a group of four others back with state experience, including junior and two-time medalist Eli Rocha, and Platte County looks more than ready for a bounceback season.

“It’s almost like two freshmen classes coming in,” Burress said, “Putting Walls, Blaine back in the lineup. That’s two pretty high level kids to put back in the lineup that we have. I’m really excited this year.

“After last year with fighting injuries, suspensions, everything. I’m ready for this season.”

Platte County uncharacteristically placed in a tie for 33rd in the final Class 3 team standings at state with Rocha the lone top-six finisher. The Pirates had dipped to 12th in 2019 after a run of five straight years with top-5 finishes, including state trophies in 2018 (third), 2016 (second) and 2015 (second).

Rocha still remains the biggest piece of the lineup, but he’s also looking for a comeback and to make up for some state disappointment.

As a freshman, Rocha lost in the 120-pound semifinals to Ladue Horton Watkins’ Jacob Mann, who went on to win the first of his two state titles. Rocha came back to place fourth.

Last season, Rocha battled a late-season injury and lost a tight 3-2 decision in the 132 quarterfinals to Neosho senior Kolton Sanders, who recovered from a third-place district finish to claim the state title. Rocha then suffered an injury to his knee in wrestle backs but managed to win three matches before defaulting to sixth place.

“It was rough, but I told myself that, ‘I’ll have next year; I’ll have the next year after that,'” said Rocha, who will likely be top-ranked at 138 in Class 3 when the season opens. “I’ve got to keep my head up and keep working.”

Platte County expects highly touted freshmen Caden Hulett (106) and Jake Fernandez to provide an immediate impact after standout youth careers. In addition, junior Jaydon Walls (195) returns after missing all of last season with a shoulder injury, and junior Blaine Keuhn plans to wrestle again this season after stepping away from the sport in 2019-20.

Walls finished as a district runner up at 170 as a freshman and went 1-2 at state, losing his quarterfinal to eventual state runnerup Jacob Anding of Pacific. Keuhn qualified for state at 152 after placing third in Class 3 District 8 despite a losing record and then went 0-2 in the state bracket.

“I’m actually excited to see how our team reacts and how they bond together,” Rocha said. “I have a feeling if we wrestle how our team can, we are going to do really well in postseason and just have a great year.”

However, Davis qualified just days after having his appendix removed, and doctors wouldn’t clear him to wrestle the following week at state. Lacina and Schillinger both went two-and-out, while Parsons went 2-2 and finished 12-18 overall.

Platte County put eight in the consolation semifinals at District 4 but only one half of the matches. The Pirates didn’t have a large amount of seniors with only Gabe Harmon (182) and Jonathan Owen (220) among those that came just one win away from a state berth in their final season.

In addition to the small senior class, Platte County also unfortunately lost Davis after doctors recently diagnosed him with cancer. He’s in the process of undergoing chemotherapy for a rare form of the disease.

Grant Stathopolous, another senior, qualified for state as a sophomore and ended up the odd man out in a difficult 113 district bracket last year. However, he would’ve been a strong contender in the lower weights, but he opted to not go back out for wrestling.

Platte County’s biggest question mark might be how the lineup shakes out in the upper weights.

Walls looked locked in at 195, but the spots from 145 to 182 are more crowded. Parsons should be back at 145 but 152 could be open with junior Ben McDaniel, who suffered a last-second loss in the 152 consolation semifinals at districts a year ago, unlikely to be able to cut that much weight.

That means McDaniel will likely be at 160 with Lacina, Fernandez and Keuhn potentially competing for just two spots at 170 and 182. Schillinger expects to be back at 220 in his second season with the Pirates after transferring from Osage, while sophomore Mar’Quese Brown is the top contender to fill the 285 slot.

“I think it’ll be hard to get people down to (152),” Burress said. “We’re going to be pretty solid from 126 on up, and we’re young but pretty good at some of the lower weights.”

The question marks at the lower weights are more about inexperience.

Draiden Chilcoat, a sophomore, spent much of last season at 106 and will likely look for improvement while wrestling up at 113, while freshmen Brody Lueders and Shane Leary currently top the depth chart at 120. A possible bright spot at 126 could be senior Hunter Burge, who has varsity experience but has yet to wrestle a full season.

If Burge reaches 126, Burress expects sophomores Bryan Jennings and Peyton Nickell to compete for the 132 spot.

Hulett will be the sure thing, giving Platte County a legitimate top-tier medal contender at the lowest weight for the first time since Cody Phippen won the first two of his three state titles at 106 in 2015 and 2016.

“It’s nice to have a guy coming in with experience and high expectations for 106. It’s been a long time since we had a solid 106 come in,” Burress said noting that Phippen arrived as a sophomore.