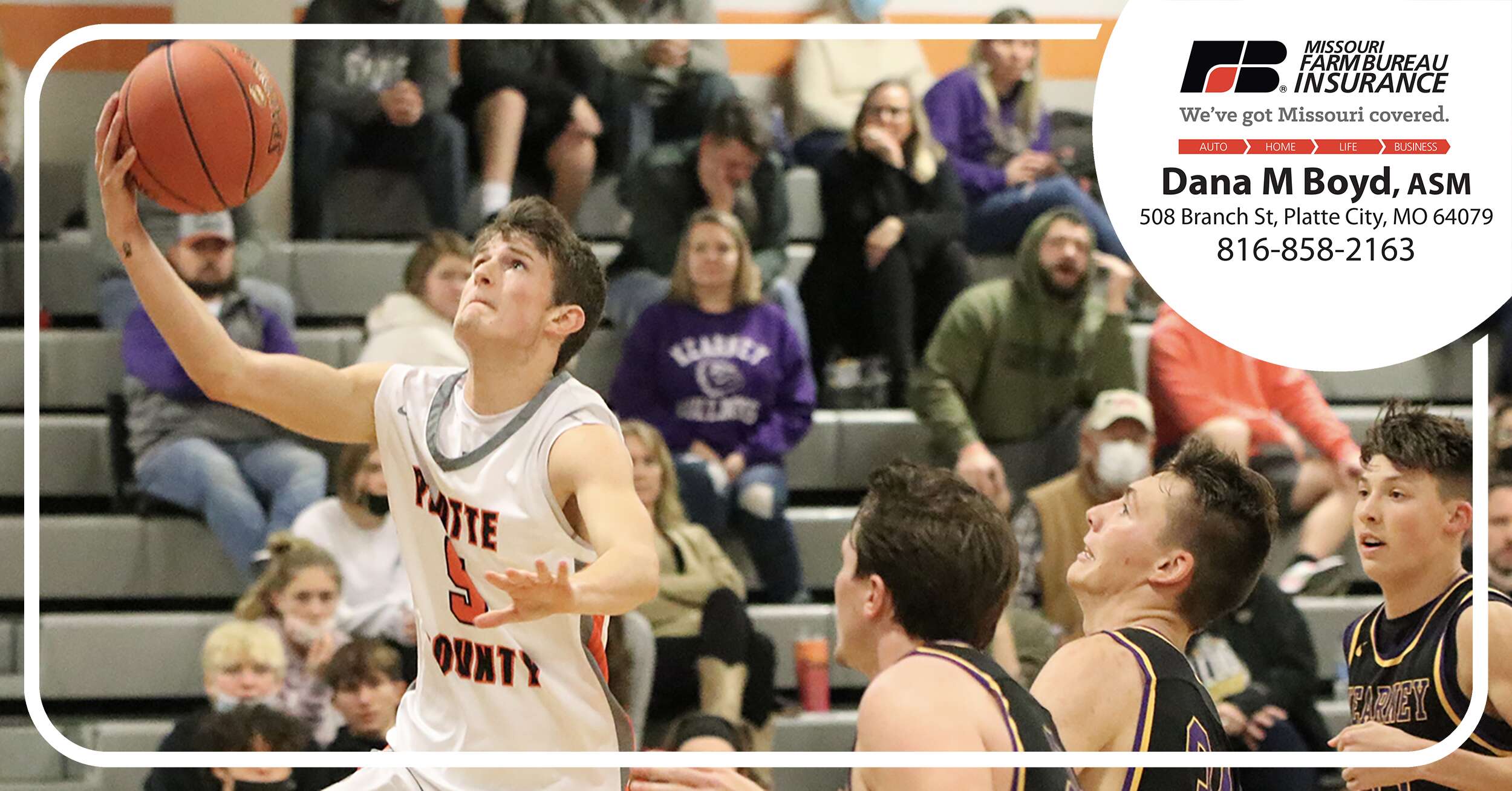 The offense struggled at times but the relentless defense never wavered.

Eventually, Platte County’s limited roster created balance in the scorebook and allowed for a lot of separation in a key Suburban Conference Blue Division matchup Friday night. The Pirates pulled away for a 66-39 victory over rival Kearney at Platte County High School to remain unbeaten but also reach a much-needed holiday break in the schedule for a limited roster.

Most importantly, Platte County survived both conference tests during the week while minus star senior guard Jarett Mueller, who suffered a shoulder injury in a win over Grain Valley that cost him at least two games. Trimble stepped into the featured role on the road against Grandview on Tuesday and then against Kearney to carry the Pirates.

While the win over traditional power Grandview might be more important in the pursuit of another conference title, the win over Kearney might have meant more from an emotional standpoint.

Platte County dominated start to finish with Bradley, a 6-foot-6 Division I football recruit currently coming off the bench, providing the exclamation point late with a flashy up-and-under one-handed dunk that prompted Pirates coach Rick Hodge to take a timeout and put reserves into the game. His request almost went unheeded with the play occurring in front of a packed student section that wildly and loudly celebrated.

The result never really seemed in question when Kearney went scoreless for the first 6 minutes.

However, Platte County only managed to build a 7-0 lead in that span behind five points from Fulk, including a 3 from the left wing to open the scoring. A 3 from Braxton Page actually cut the Bulldogs’ deficit to 7-3, and Bradley’s three-point play off an offensive rebound and putback with 3.1 seconds left in the first quarter made it a seven-point lead going into the second.

A 3-pointer from Vignery near the top of the key gave the Pirates their first double-digit lead, and Nelson added 3 with 4:34 left before halftime to make it 22-8 and prompt a Kearney timeout. The Pirates kept the momentum, and the run went all the way to a 30-8 lead.

At that point, the game became chippy with the crowds becoming animated.

Trimble physically pressured a Kearney ballhandler into a turnover that resulted in a runout layup for Vignery. Kearney coach Dillon Starzl insisted there was a foul on the play and continued to express his displeasure as he walked off the court at halftime with the Bulldogs down 19.

Officials then whistled him for a technical foul, and Trimble emerged from the locker room to hit both free throws on an empty court and make the score 37-16. He had eight at halftime, while Vignery had all nine of his points in the second quarter.

Fulk scored nine in the second half, while Bradley added six after halftime, most notably the highlight-reel dunk. Hodge used the opportunity to substitute in freshman guards Dayton Doll and Jaden Peterson, who were both called up to supplement a short bench in wake of Mueller’s injury.

Platte County had 26 total field goals, and only three were 3s. Kearney made five 3-pointers to avoid an even bigger blowout, but the Bulldogs managed only one made shot from the field in the fourth quarter and faded.

A year ago, Platte County and Kearney split four meetings with the Bulldogs prevailing in a minor upset to take the Class 5 District 8 title. The teams remain paired in this year’s district setup and will be guaranteed one more meeting in the regular season.

Platte County now goes on break until a Jan. 4 road date against Ruskin, which ended up forced to split last year’s conference title with the Pirates after losing on the final day of the regular season to Grandview. Mueller could be back for that big first week of 2022, which also includes a home game against Raytown South.

Trimble iced the game during a short but critical stretch of the fourth quarter last Tuesday at Grandview High School.

A high-scoring second half resulted in a near comeback for Grandview, but Trimble hit a pair of free throws with 5.2 seconds on the clock to make it 69-66. He then stole the inbounds pass and made 1 of 2 from the line to seal the victory.

Playing without Mueller for the first time, Platte County built a 36-24 halftime lead behind six 3-pointers — two for Trimble and one each for Fulk, Vignery, junior Parker Amos and junior Boston Wahlert. The Pirates then struggled in the third quarter to create an opening, but Trimble scored nine in the fourth quarter, while Bradley had eight of his 14 points in the final 8 minutes to keep Grandview at arm’s length despite 12 3s from the Bulldogs.

Platte County struggled from the free throw line overall, going 15-for-26. Trimble went 9-for-12 — 7-for-9 in the fourth quarter — to provide the needed steady presence to finish off the win.

Isaac Havemeier, a senior forward, finished nine points for Platte County, while Fulk added seven. Amos scored all six of his points in the first quarter, and Vignery had a 3-pointer in each half to also end up with six.