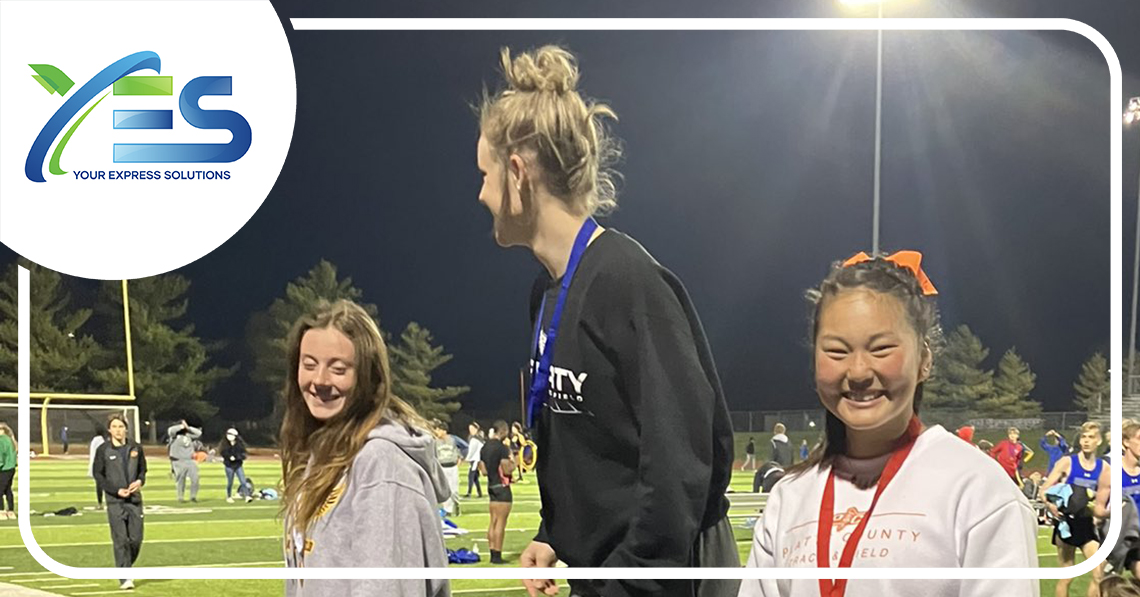 Platte County’s senior defending Class 4 Missouri State Track and Field Championships state champion in the pole vault encountered a strong field and came away with a tie for second place at 3.35 meters. She also received a glance at what the main competition would be this season in Liberty junior Rachel Homoly, who cleared an astonishing 4.23 meters to take the title. She won the Class 5 state title a year ago and has only improved, continuing on a path to make her one of if not the best in state history in the specialty event.

What made Sullivan’s finish so important came away from the track and pits with Missouri releasing its new classification assignments.

Platte County moved from Class 4 to Class 5 for the first time, meaning Sullivan and Homoly will be paired together in Class 5 District 8 and potentially Class 5 Sectional 4 and Class 5 state in the postseason. Sullivan enters the year with a career-best vault of 3.51 meters — just off of Abbie Schwieder’s school record of 3.53 meters set last years — and one of only three state champions in program history and the only one to do so in a field event.

The Darwin Rold Invitational offered a mostly Class 5 field of competition, and Platte County finished ninth at 52 points with a good portion of the first-choice roster competing. The Pirates were 9 1/2 points out of sixth and just a half point behind Staley for eighth.

Platte County continued to find the majority of success clearing the bar or in the jumping pits, thanks to Sullivan and junior Reese Pickett, who finished top three in all three of her individual events. She tied for second in the long jump at 4.91 meters and just 11 centimeters out of first, while also placing third in a tie for third in the high jump at 1.55 meters and solo third in the triple jump at 10.45 meters.

In the high jump, Liberty’s Madison Corf and Battle’s Jordyn Butler tied for first at 1.60 meters. Platte County juniors Kenzie Palmer (fifth) and Madison Hoyt (seventh) joined Pickett in the top five of the triple jump, while fellow Pirates junior Jaidyn Webb added a sixth-place showing in the long jump to accentuate the depth for the Pirates in the jumps.

Continuing a breakout out sophomore year, Platte County sophomore Sisely Mitchell contined a breakout year in distance running. The all-state cross country runner placed third in the 1,600-meter run in 5 minutes, 25.08 seconds, finishing within a half of a second of Park Hill’s Natalie Gerdes for second.

Platte County’s final two top-eight finishes on the track came from sophomore Ava Filer in the 300 hurdles (sixth, 51.16) and senior Molly McBratney in the 400 (eighth, 1:04.31). Mitchell and McBratney also teamed with junior Hannah Mand and sophomore Addison Sloan for the Pirates’ best relay finish. They ran 4:20.10 in the 4×400 to place fourth.

Platte County placed second out of eight teams Tuesday at Smithville High School while using the smaller meet as a chance to test the depth of the roster. Pickett (1.45 meters, high jump), Mitchell (11:48.74, 3,200) and senior Riley Smith (13.78, 100) all recorded individual victories for the Pirates.

With Pickett winning her only field event in a tiebreaker, Webb added a second-place showing in the triple jump at 9.51, besting teammate Hoyt by just 2 centimeters. In fact, Palmer came in fourth just behind at 9.35 meters.

Platte County’s 4×800, 4×200 and 4×400 relays all placed second as well to score important points. The Pirates totaled 139 points to tie with Pleasant Hill, while host Smithville ran away with the team title.