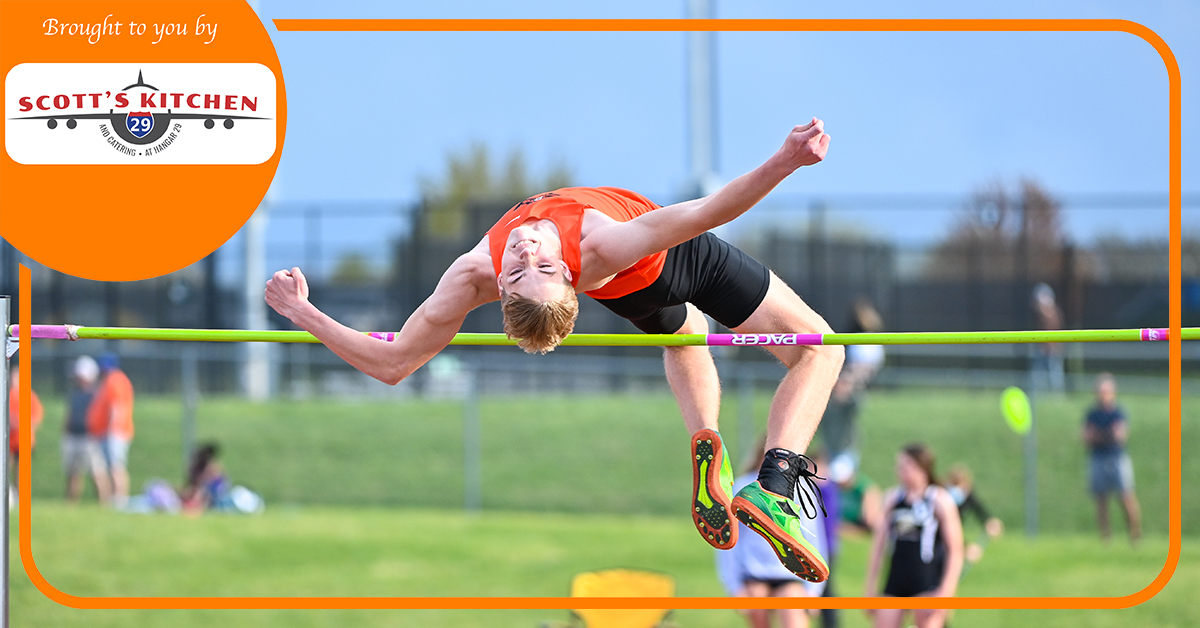 Platte County senior Chandler Steinmeir set a personal-best in the 300-meter hurdles to top a loaded field in the Gary Parker Invitational on Wednesday in Blue Springs. And he nearly broke the 40-second barrier in the process.

Steinmeier came in at 40.05 to finish a quarter of a second in front of Grandview senior Jalen McGee. Steinmeir also placed fifth in the 119 hurdles at 16.46, just .09 back of third and only .02 behind fourth-place Sir’Rahn Felix of William Chrisman.

In addition to Steinmeier’s victory, Platte County senior Joey Schultz recorded a pair of runnerup finishes. He cleared 1.87 meters in the high jump to place second and added a 12.79-meter effort in the triple jump. Pirates sophomore Chandavian Bradley was fourth in the event at 12.41 meters.

The success in jumps — and field events — continued with junior Cole Rhoden fourth in the long jump (6.07 meters) and junior Cade Fowler fourth in the javelin (42.0 meters).

With few experienced returners, Platte County spent the early part of the season making improvements that paid off. The Pirates’ gold-medal winners at Kearney were Fowler in the javelin (43.15 meters) and junior Victor Sewankambo in the 100-meter run (11.36 seconds) and junior Andrew Early (10:30.91).

In addition, Schultz placed second in both the high jump (1.90 meters) and the triple jump (12.81 meters) with strong showings. Pirates senior Kevin Hughes finished just behind him in the triple jump, placing third at 11.67 meters.

Platte County’s success in the jumps continued in the long jump with another 2-3 finish that included Rhoden (5.91 meters) and sophomore Zay’Quan Hall (5.86 meters).

Like Schultz, Steinmeir also claimed a pair of runnerup finishes behind Smithville junior Rhett Foster in both the 110 and 300 hurdles. Steinmeier came in at 15.91 in the shorter race (.14 of a second behind) and 41.73 in the longer race (.35 behind).

Steinmeir also teamed with Rhoden, sophomore Carter Salzman and freshman Joshua Nelson to push Platte County to a victory in the 4×200 relay (1:33.64), beating Smithville by just .15 of a second. The Pirates also won the 4×100 relay with Sewankambo, Salzman, senior Jaden Burnett and junior Trevor Scott finishing in 44.14 to top Park Hill South by nearly a full second and a half.

Burnett, who has looked strong despite not running in past years, also placed third in the 200 (24.16), while Salzman took third and senior teammate Thomas Guthrie second in a pole vault competition that featured only one vaulter going over 3 meters.

Platte County returned to Kearney for the Kearney Throwers Meet on Monday but did not have any top-three finishers.