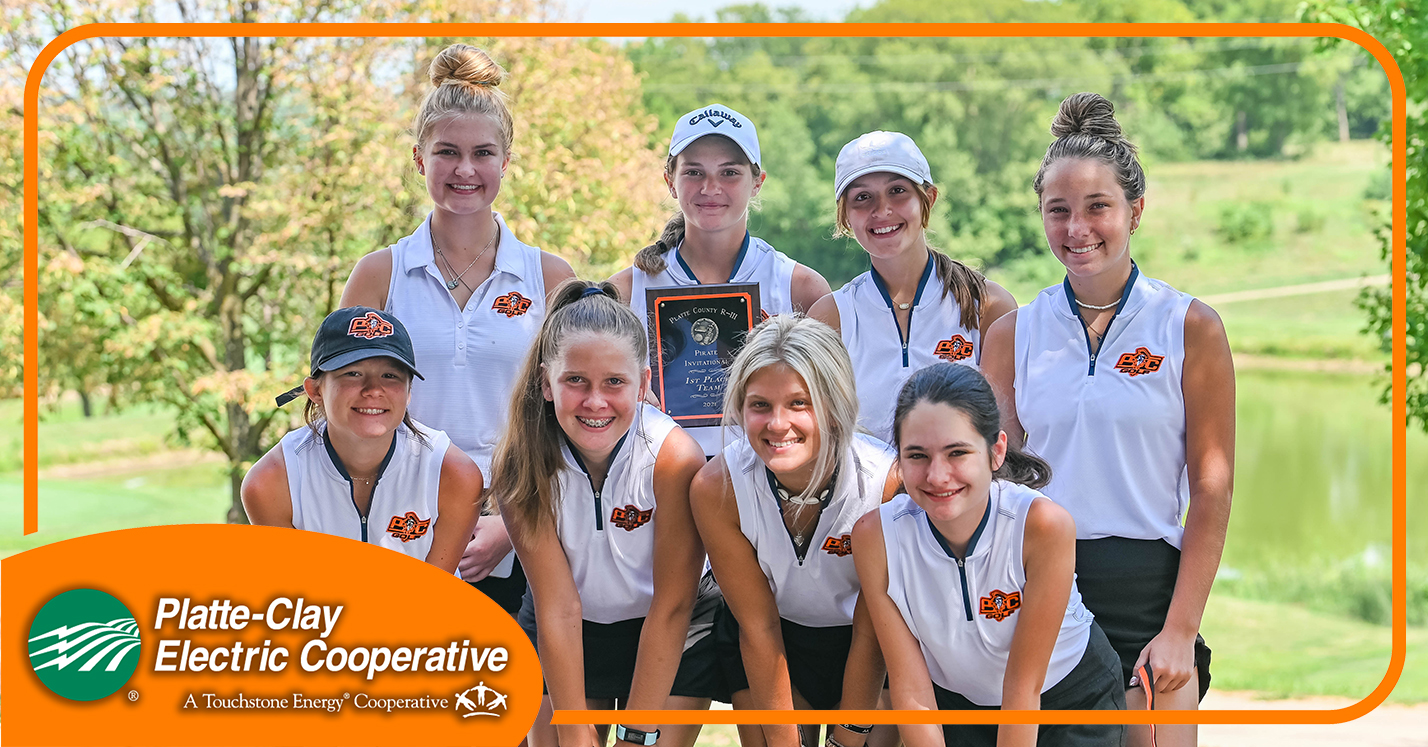 Platte County senior Eden Shipp continued to chase down program records, and the Pirates showed off the potential depth of this year’s roster in a dominant home debut.

Shipp tied her older sister for the lowest round in Platte County history with a 10-over 81 in Monday’s Pirate Invitational at Shiloh Springs Golf Course, and the hosts totaled a 346 team score to take the championship by seven strokes over St. Joseph Central. Shipp tied for second collected one of four top-10 medalist finishes for the Pirates in the individual leaderboard — but not all of them came from the top five in the lineup.

Platte County junior Bailey Silcott placed fifth with a career-best round of 84, and freshman Ella Green made her individual varsity debut with a 90 to take the 10th and final medal. Additionally, Pirates sophomore Mackenzie Borland, playing as an individual in the tournament along with juniors Brylie Kovar and Ava Villareal, put up an 88 and wound up in seventh overall.

Suddenly, Platte County coach Trevor Short finds himself with the best type of problem. Pirates sophomore Lily Ricketts placed 11th as the final scoring player for the winning team, while sophomore Wren Wilkins played in the No. 5 spot for the first tournament of the season.

“We will keep adjusting our lineup and seeing what each player is capable of in order to put the best team out on the course,” he said.

Platte County entered the season with three of five state qualifiers from a year ago in Shipp, Silcott and Ricketts.

Shipp continues to play a solid No. 1, and her 81 matched the previous Platte County record set first by 1999 graduate Amy Silcott — Bailey’s mother and founding player of the program — and later matched by Eden’s older sister Kasydie Shipp. In her first state trip in 2020, Eden Shipp tied Kasydie’s low state round record, as well.

Silcott expects to be the unquestioned No. 2 in her third season after previously playing alongside a trio of talented seniors who graduated after last season and the Shipps as a freshman. Now, the Pirates will have Green, Ricketts, Borland, Wilkins and potentially others competing for the final three spots.

Platte County came up just short of a three-peat in this season-opening event Friday at Hoot’s Hollow Golf Course in Harrisonville, Mo., but the Pirates did have a pair of medalist teams and received a good look at two new members of the potential lineup.

With an expanded field of tough teams, Platte County placed fourth in the final team standings with a 154 and put two of its three two-player teams in medalist spots on the individual leaderboard. Silcott and Ricketts led the way, tying for fifth with a 4-over 76, while Shipp and Green were tied for ninth with a 78.

Silcott and Shipp were both medalists in the event last year, as well, also on separate teams.

Platte County entered as winners of the event in both 2018 and 2020 with the 2019 edition canceled due to weather. This time around, Park Hill South took the title with the first place duo and one of the three teams tied for second. St. Teresa’s Academy was second and Raymore-Peculiar third with the second through fifth-place teams separated by just five strokes.

“The team had a pretty good start to the 2021 golf season,” Short said. “We were able to test our abilities against some good competition. I was very pleased with all of our groups and the teamwork they displayed during the tournament. This is the only opportunity for our players to discuss strategies during their rounds. In standard play, the team cannot discuss strategies from player to player once the event has started.”

Platte County looked at two of the players vying for the No. 5 spot in the regular lineup with Kovar and Borland placing in a tie for 19th with an 88. There were 50 two-player teams total in an expanded field from recent editions.