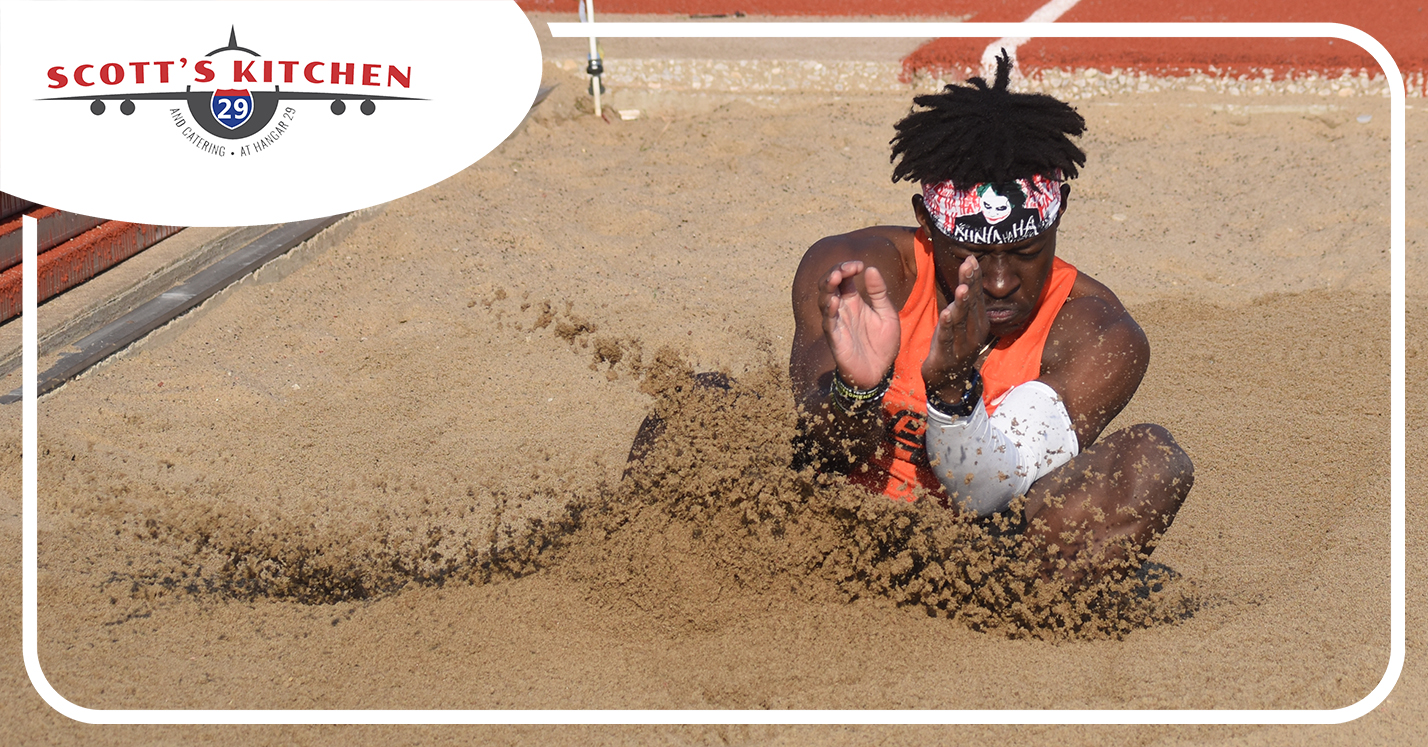 Platte County senior Victor Sewankambo debuted fast in his first season with the Pirates and doesn’t show signs of slowing down.

Last Thursday, Sewankambo turned in one of the best performances of his career, winning the fourth heat of the 100-meters in the Darwin Rold Invitational at Lee’s Summit North High School. His posted time of 11.34 seconds ended up second place, as Liberty’s Anthony Wenson went 11.33 in the third heat to take the gold.

However, Sewankambo has now posted a personal-best of 11.28 plus the 11.34 as part of a quick start to his second season with Platte County. Perhaps most importantly, he looked like he belonged against high level competition that will now be part of the Pirates’ postseason assignment.

The Missouri State High School Activities Association recently released its new postseason assignments, pushing Platte County into Class 5 — and the largest classification — for the first time. The Pirates finished seventh out of 13 teams in the standings at the Darwin Rold Invitational.

Platte County also backed up Sewankambo’s 100 finish with strong showings in the 200, as well. Pirates seniors Trevor Scott (fifth) and Cole Rhoden (sixth) finished back-to-back in their heat to jump into podium contention. Scott was at 23.81 with Rhoden at 24.03.

The solid showing weren’t limited to the sprints.

Platte County senior Andrew Early set a personal-best in the 3,200 and broke the 10-minute mark for the first time at 9:57.20, impressively less than 10 minutes behind winner Samuel Cleary of Liberty. Less than a full second separating fourth-place Ty Welty of Rock Bridge, fifth-place Sean Forguer of Liberty North and the Pirates’ top long-distance runner.

Early’s previous best in the event was 10:00.19 at last year’s Class 4 Sectional 4 meet where he qualified for the Class 4 Missouri State Track and Field Championships for the first time.

In addition, Platte County sophomore Andrew Johnson (10:14.57) placed eighth in the 3,200 in his personal-best time. He previously went 10:33.29 in the Ron Ives Invitational last month. The performance came after he completed the double, having placed seventh in the 1,600 earlier in the meet at 4:47.96.

Early also opened the meet in the 4×800 and helped Platte County to its best-relay showing along with senior Jace Trimble, junior Ryan McCoy and sophomore Connor Currence. The Pirates were fourth in 8:33.80.

Platte County also had three total top-eight finishes between the discus and javelin.

Cameron Wolfe, a junior, led the way with his throw of 43.08 meters in the discus placing him fourth, while senior Jaisyn House was seventh for the Pirates at 40.28 meters. Nick Stone, a senior, matched the seventh-place showing in the javelin (45.39 meters).

Even without a full complement of athletes, Platte County finished third behind host Smithville and Maryville in Tuesday’s Warrior Relays at Smithville High School.

Currence in particular continued a standout debut season, winning the 1,600 in a new personal-best of 4:46.52. He shaved nearly 10 full seconds off of his 4:56.11 effort earlier this season in the Platte County Time Trials. Hall (second, 12.17 meters) and McClure (third, 12.08 meters) finished back to back in the triple jump, while senior Dylan Bietz rounded out the top-three showings for the Pirates with a third-place showing in the 200 (24.31).