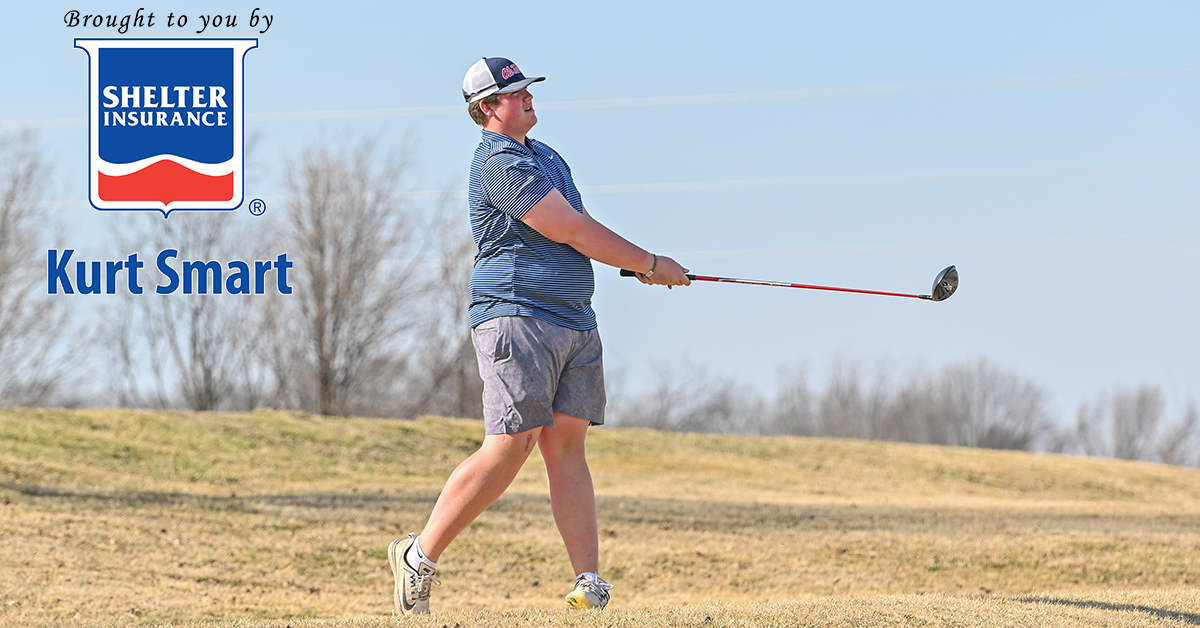 Trevor Short almost felt like he needed name tags on shirts to know who was out on the course during the first practices this spring.

Entering his 17th year, Platte County’s veteran coach will welcome back an almost entirely new roster after losing three stalwarts at the top of the lineup from the 2019 roster and having last season lost due to the pandemic. Grant Gomel, Connor Dean and Evan Handke, a trio of seniors, have some varsity experience but mostly at the back end of the five-man lineup.

Short expects the group to anchor this year’s lineup, albeit with little track record.

“It wasn’t great last year. We were doing good, and we went on spring break and never came back,” Handke said. “I’m super excited for this year.”

Platte County sent juniors Logan Hessemeyer and Blake Minyard and senior Brady Wright to the Class 3 Missouri State Golf Championships in 2019. That ended up being the last competition for the Pirates until next week.

Part of the largest state qualifying contingent for Platte County, Hessemeyer ended his career as a three-time qualifier and likely would’ve had been a four-time qualifier with a shot at earning his first career state medal. Minyard, also a junior, that season seemed poised to continue his quick upward trajectory after moving over from the baseball team.

Both Minyard and Hessemeyer are teammates again but now at NAIA Ottawa University in Ottawa, Kansas.

“Our expectations are very high this year,” Short said. “We may have lost what could have been an outstanding season with the team last year, but we will continue to move forward and prepare for this upcoming season. We will have a few players that have had some varsity playing time in the lineup as well as some players that have played in some tournaments outside of the golf season. There definitely will be some battles for positions this year, and we will see who ends up in the line up as the season moves forward.

“We have a good group of players to work with and they are eager to get out and complete.”

In 2019, Platte County finished as Suburban Conference Blue Division runners-up and came in third in Class 3 District 8, just missing a chance for the team to advance to Class 3 Sectional 4.

In particular, Gomel factored into Platte County’s team score at districts in 2019, placing 28th with a 101. He is back on the course on the heels of undergoing complete reconstructive surgery on his left knee after tearing his ACL, MCL and meniscus in Week 4 of the football season.

Just 4½ months removed from surgery, Gomel hasn’t been cleared to start running but walking the course is OK. He enters having won the Blue Division JV medalist honors as a freshman in 2018 and placing in a tie for 17th in conference on varsity as a sophomore.

“Playing golf has been my goal in rehab,” Gomel said. “I wanted to be able to compete in one of my senior seasons. That has been the goal that has pushed me in my rehab. I have had a lot of good support. I’m excited it’s golf season; it is my favorite time of the year. To be able to come out and play all spring is nice.

“Last year, we were going to have a pretty good team, and this year we can prove to everyone we can still be strong. I think that is the main thing I’m excited for.”

The season starts Wednesday at the Winnetonka Invitational at Hodge Park Golf Club in Kansas City. Postseason district assignments won’t be released until March 31, but the Missouri State High School Activities Association made a change this year and eliminated the sectional round while adding a fifth-classification. That means team and individuals will qualify straight from districts rather than the normal two-step process, which could create additional opportunities for the Pirates based on past history.

For example, Platte County finished second in Class 3 District 8 as recently as 2017 when Hessemeyer was a standout freshman, and the Pirates might now be in Class 4 out of five.

“At this point, it is anybody’s guess as to whom the frontrunners are for moving on to the state tournament,” Short said. “We just hope to be at the top of our game on May 10.”