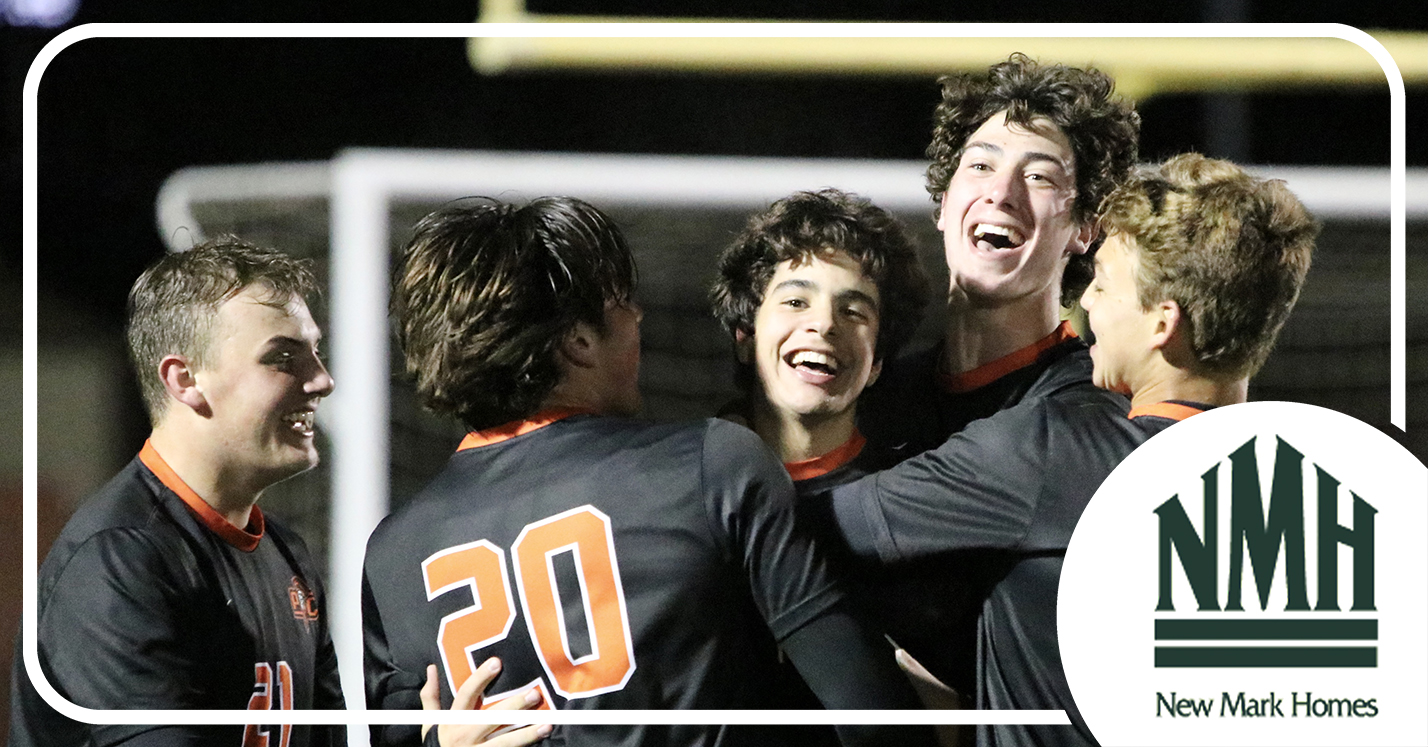 Isaac Havemeier put his left leg into a long free kick, expecting to push the ball to the back post.

Instead, the Platte County senior defender watched as the opportunity turned into an unexpected long range shot. Smithville senior goalkeeper Caden Egbert might have been caught a little off guard, too, as the ball skipped in under his legs and into the back of the net for a gift opening goal in the 48th minute of Monday’s high-intensity Class 3 District 8 semifinal between the rivals.

Havemeier celebrated all the same, sliding and pumping his fist to a cold but boisterous student section. His goal from more than 40 yards out started an eventful second half that ended with Platte County claiming a 3-1 victory and advancing to Wednesday’s championship game against Guadalupe Centers.

“I was trying to play it back post. I was really mixed between a shot and a cross, but I figured if I put it in there something’s gonna happen,” Havemeier said of the “shot” leading to his goal. “It just happened to bounce right through his legs and go in, and the rest is history, man.”

Second-seeded Platte County (20-3) and third-seeded Smithville (20-6) met for the third time this season after splitting two 1-0 results during the regular season and ultimately the Suburban Conference Blue Division Championships. Nothing about the plodding, physical first half characteristic of most of their matchups gave any indication of the second half outburst of four goals that led to increasingly high tensions between players and fans alike.

The first half featured no clear-cut chances with Smithville mostly earning longer-range free kicks to challenge, while Platte County senior left back Sawyer Allen used his long throw-ins to create some havoc in the box. The Warriors took multiple set pieces from deeper on the field in spots similar that created their second-half game-winning goal just a week earlier.

Platte County started to earn the better part of possession early in the second half and created some quick chances.

A free kick from Platte County senior midfielder Luke Bunge found sophomore midfielder Ahoy Victore in the 42nd minute. He headed the ball into the path of senior midfielder Nathan Macaluso, who fired high with his left foot. Three minutes later, Macaluso made a solo move from right to left before hitting a shot from 17 that just skimmed past the far post on the right.

Havemeier then came up with the opener out of a seemingly mundane situation.

“I thought I could’ve created a better chance and then he fumbled it, and it went in,” Havemeier said. “But that’s how it be sometimes, so you just gotta roll with it.”

Platte County senior goalkeeper actually started the sequence by spilling a long free kick with Bunge clearing the ball at the near post for a Smithville corner kick. The Pirates cleared the resulting set piece to start lightning quick counterattack.

The ball found found Platte County senior forward Palmer Boekhout near midfield, and he drew in three Smithville defenders before slipping the ball ahead to Victore for a one-on-one situation with Egbert. Victore used a well-placed left-footed shot to beat the onrushing keeper for a goal that gave the Pirates a 2-0 lead in the 55th minute.

“I barely had any time to turn around,” Havemeier said. “The counter is one of our strengths this year and just to score, to get two and three, that’s what we need to win games.”

A 2-0 advantage for a defense with 18 shutouts on the season seemed safe, but Platte County started to unravel a bit in the remainder. Sullivan caught a point-blank header moments after the second goal, and the Pirates had a chance to go up three goals in the 57th minute when a pass from Victore freed up sophomore Gavin Nichols for a right-footed shot from 17 yards out.

The attempt skipped straight into Egbert, who finished with seven saves.

Platte County’s problems started in the 68th minute when the referee showed Macaluso, playing a third straight game after missing only one game due to a broken foot suffered late in the regular season, a second yellow card resulting in a red card during the 68th minute. Macaluso stood just 5 yards away from a spotted free kick, which a Smithville player took with him still in the way.

Macaluso jumped, and the ball banged off his back. This resulted in an infraction that led to the unexpected second yellow, and Platte County assistant coach Sam Stuteville was shown a red card and ejected for arguing the call.

In the 72nd minute, Smithville closed the gap to 2-1 with senior Kyle Corkill, who scored the game winner in the Warriors’ win over Platte County in the final week of the regular season, buried a no-doubter with his right foot at point blank range in a scramble off of a corner kick.

“It’s always good to win against Smithville, but I think, yeah, we could have made some better decisions there, especially toward the end when we did lose that man,” Brantley said. “We were kind of sporadic and all over the place instead of coming together and organizing a little bit better. They fought through it; we got through it, but I think it could’ve been a little better.”

Smithville spent the next few minutes looking for an equalize, but eventually yielded a final goal in the 76nd minute that put the game away.

Bunge took a free kick from 24 yards out on the left, and a Smithville player looking to clear the ball at the near post ended up blasting the ball into his own net to make it 3-1. A group of the Pirates’ players then celebrated in front of the Smithville student section and fans, leading to more tension for the final minutes.

“That’s been my favorite goal of high school — the first one against Smithville — and to get the win alongside with it, it’s just a great feeling,” Havemeier said.

Platte County and Guadalupe Centers will both be without key players in the championship game. The Aztecs lost their starting goalkeeper in the first semifinal to a red card for dissent, but they held on to upset top-seeded Pembroke Hill 5-3 in penalty kicks after the teams finished regulation and two halves of overtime tied at 1-1.

In the first meeting this season back in late September, an early goal from Bunge helped spring Platte County to a 3-0 victory over Guadalupe Centers.

The Pirates used a fast start to push past the Class 3 District 8 No. 7 seed on a sun-splashed Saturday afternoon at Pirate Stadium.

Boekhout found himself in behind the defense twice in the opening minutes, and Nichols rang a shot off the near post in just the third minute. Boekhout then broke through in the fifth minute with a long ball from Havemeier off the backline finding him onside and behind the defense before hitting a right-footed shot that left the Bears’ goalkeeper with no chances.

East eventually settled in and threatened Sullivan’s goal a couple of times, but Platte County went up 2-0 in the 15th minute off of a free kick. Havemeier sent a ball in from the left that the goalkeeper punched outside the box while abandoning his line. Pirates senior midfielder Calvin Forrester calmly fired a shot from just outside the box into the open net to give Havemeier a well-earned assist.

The two-goal advantage held until the second half.

In the 49th minute, Boekhout worked a nice one-two passing combination near midfield, and Macaluso ended up with the ball in the clear just outside of the box. He then dropped the ball back to Nichols, who hit a well-struck left-footed shot over the out-of-position keeper and dropping it safely into the middle of the goal. Macaluso earned the assist.

Sullivan finished with four saves for his 18th clean sheet of the season.