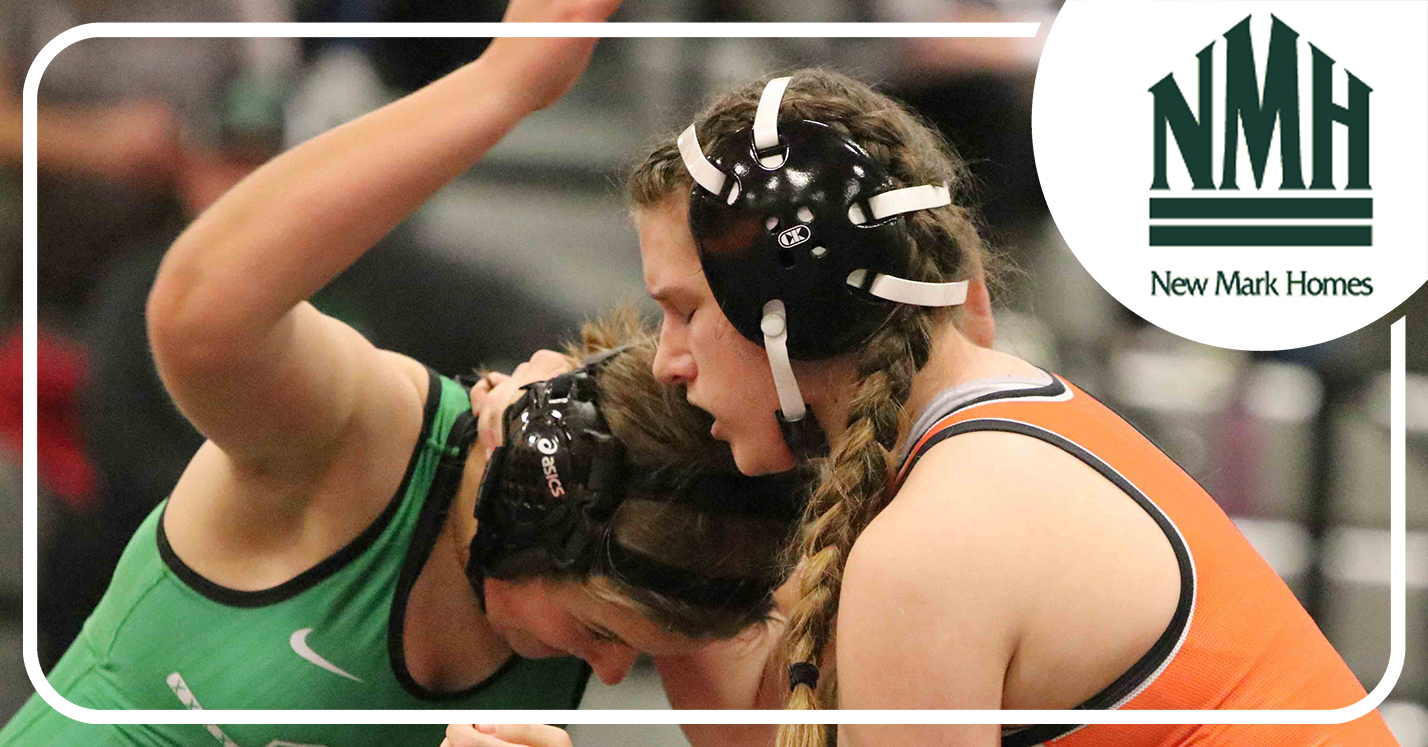 The math made the stakes obvious going to the 149-pound match.

With the forfeits to come, the winner between Platte County freshman Caitlyn Roudebush and Smithville’s Brooke Bowlin would secure the dual for her team. Roudebush survived a mid-first period scare and delivered a first period fall to cut the Warriors’ lead at the time to 12 points Wednesday night at Platte County High School.

From there, Platte County freshman Alivia Juarez, senior star KayLyn Munn and freshman Maggie Assel accepted forfeits to complete the Pirates’ 42-36 victory — the first over their rivals in the four-year history of the sport in Missouri.

“It means a lot,” said Munn, one of four seniors honored before the dual on Senior Night. “My freshman year there was about three to four people on the team, and now we have almost a full lineup so we can compete. It means a lot to see on my senior night the effort I’ve put in and the effort my coaches have put in to build a team.”

Roudebush’s win plus the freshmen taking forfeits to close the dual were the difference.

“That was great for them to find a way to get a victory,” Platte County coach Reggie Burress said.

Smithville actually bolted to a commanding and potentially debilitating lead with the dual starting with the 100-pound bout. The Warriors down by fall in the opener and then took back-to-back forfeits for an 18-0 lead.

At 115, Platte County junior Haley Burge faced a familiar opponent and nearly turned the tide of the ongoing rivalry. She gained the opening takedown and alter a reversal and three near-fall points in the first period for a 7-2 lead over Sophia Boone.

Burge chose neutral to start the second and made it 9-2 with a takedown.

Boone reversed and then scored two near-fall points to close eat second, but Burge survived the first stint on her back. However, she started the third on top and gave up a reversal before ending up on her back again and pinned with just 9 seconds left on the clock.

“Burge is winning her match, and she’s been beat but hat girl three times now,” Burress said. “But she’s starting to close the gap so hopefully she can keep closing the gap.”

Platte County trailed 24-0, and Smithville picked up another pin at 120. The Pirates then scored their first victory at 125 from Humburg against Noellie Parrott, who won the matchup between the two last season in District 8 competition.

Humburg dominated start to finish, building a 10-1 lead with the only point allowed on an escape to start the final period. She scored the fall at the 5:12 mark.

Smithville’s final win came at 130 and made it 36-6. Geddes, the first-year senior manager-turned-wrestler, came up with her pin at 1:38 in the 141 match, and Roudebush came to the mat next. Bowlin’s reversal briefly tied the match 2-2, but after an escape, Roudebush’s final takedown led to the pin at 1:50.

“I think one of the most rewarding things this year is seeing all the first-year girls; we have six new girls and being able to teach them and give them the little things I’ve picked so they don’t really have to go through the hard stuff of figuring it out,” Munn said. “Just being with them and just coaching them and seeing them listen and apply and try the absolute hardest in a match is super rewarding.”

With a victory the following night over Winnetonka, Platte County has had its most successful dual season in program history with a 5-1 record. The Pirates can clinch the Suburban Conference Blue Division title with a win Jan. 25 against Kearney in what has become a special season for Munn, the only four-year member of the team.

Munn ranks No. 4 in the most recent Missouri Wrestling rankings at 194 after a pair of losses to top competitors plus the return of Central (Springfield) junior Catherine Dutton to that weight. Dutton topped Munn in last year’s 195 Girls Missouri State Wrestling Championships final.

With only four matches wrestled head-to-head, the Pirates till prevailed thanks to taking six forfeits.

Platte County junior Hannah Mand persevered for a key 16-10 decision at 120, while Burge, Call, Geddes, Roudebush, Juarez and Munn accounted for the other 30 points. Mand trailed 5-2 early but made up ground and took the lead in the second with an escaped and two takedowns.

Winnetonka’s Lydia Onama tied it back up at 8-8 early in the third with a reversal, and while holding a slim 11-10 lead, Mand closed with a five-point move to win the decision.

In a difficult matchup, Humburg trailed Winnetonka standout Madison Leverknight 4-1 when she suffered an injury and defaulted the 130 match.