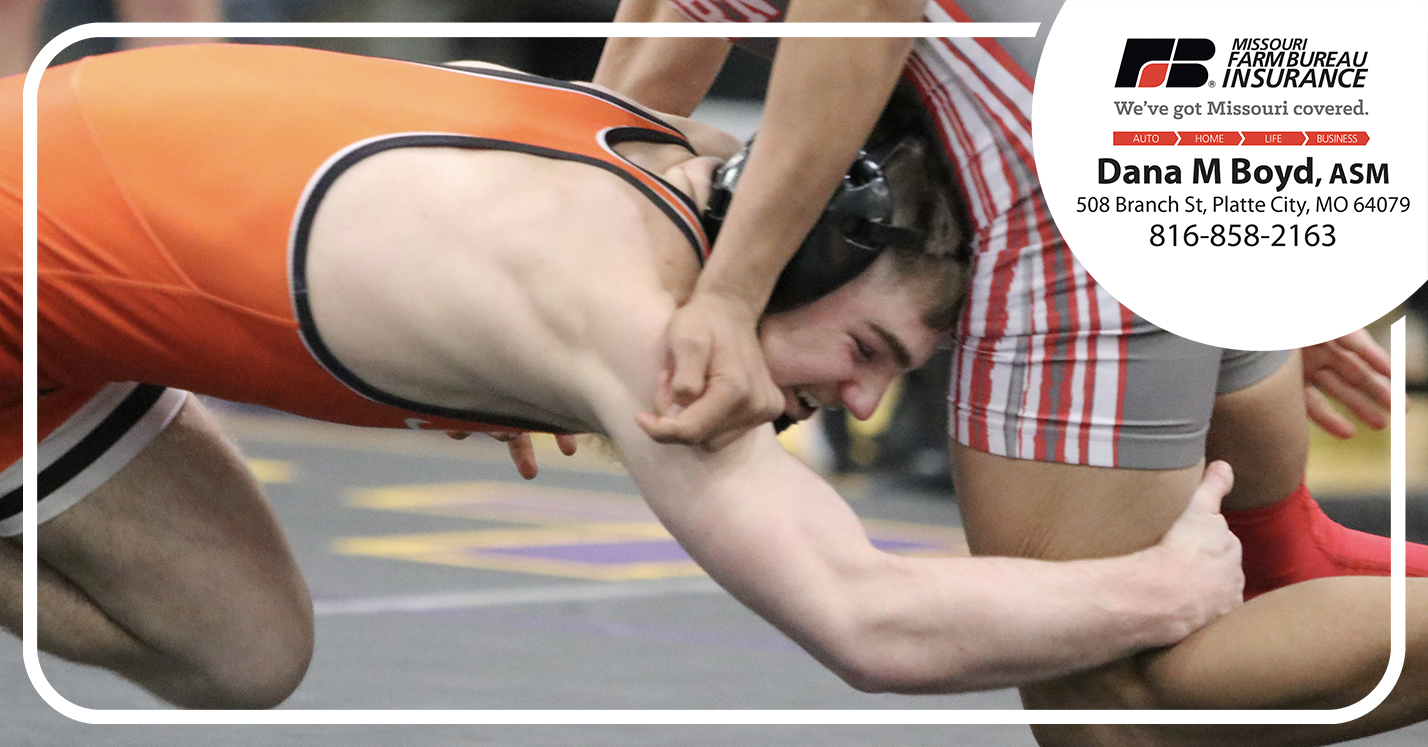 I made the trip early so I have some time to kill while I watch Class 1 and Class 2 Missouri State Wrestling Championships action at Mizzou Arena. This was a project I used to do during my days at the St. Joseph News-Press where I take a look at brackets and potential matchups based on past history and state rankings.

Platte County will be looking for its third Class 3 team state trophy this weekend with its best number of qualifiers (seven) since 2019. The team race should be loaded behind defending champion and overwhelming favorite Whitfield so all advancement on the front side will be huge.

106 pounds
Platte County sophomore Caden Hulett (23-12) endured a tough schedule this season and dropped to No. 6 in the Missouri Wrestling rankings by the end of the season. He enters as a No. 2 seed for a second straight year after going 1-2 a year ago in his 2021 state debut at the same weight. Hulett enters off of a loss to No. 1-ranked Kearney freshman Ryder Shelton in the District 4 final. Hulett’s quadrant features North Point freshman Kaden Purler (31-3), who wrestles for a brand new school out of St. Louis and ranks No. 3. Hulett will need to navigate No. 4-ranked Willard freshman Shawn Lang (37-5) in the opening round just to have a shot at Purler. Lang suffered an upset loss at districts, setting up some difficult first round matchups between District 3 and 4 qualifiers, which overwhelmingly dot the top six in the rankings.

138 pounds
Platte County senior Eli Rocha enters at just 13-3 with all three losses by medical forfeit in an injury-plagued season. Still, he ranks No. 2 behind Whitfield sophomore Gavin Linsman (36-5), a 2021 state champion at 126 pounds. Rocha is a four-time state qualifier with previous medals of fourth, sixth and third a year ago at 145. He’s one of several for the Pirates looking to finally put someone back in the state finals after a three-year hiatus. Rocha defaulted his District 4 final out of precaution while still dealing with a nagging ankle injury that cost him most of the second half of the season. His draw will be good on the opposite side of the bracket from Linsman and matched up in the opening round against North Point freshman Logan Redel (12-14). Nate Barnett (33-11), a fifth-ranked first-time qualifier from Hillsboro, is the No. 1 seed in his quad, meaning Rocha vs. No. 3-ranked Bolivar freshman Cooper Moore (32-4) will be a likely semifinal, although Van Horn sophomore Darrius Paige (31-3) was competitive in a district semifinal loss to Rocha last week and could challenge Moore in the neighboring quadrant of the top half of the bracket.

145 pounds
Knowing District 3 would be tough at this weight, Platte County waited for unranked senior Jared Parsons’ draw to see how likely a medal would be. The results were encouraging. He lost to No. 1-ranked three-time defending state champion Kearney senior Eli Ashcroft (33-3) and Jefferson City junior Joe Kuster (39-5) and returning Class 4 state medalist Joe Kuster at districts, to finish fourth. Three of the top six were in the field, and Parsons (16-10), who is dealing with shoulder injuries, now draws unranked Warrenton junior Levi Penrod (28-5), a first-time qualifier in the opening round. If Parsons springs the “upset,” either unranked Marshfield senior Damian Dockery (39-10) or unranked Rockwood Summit junior John Berry (24-12) awaits. Dockery went 1-2 a year ago at state as a first-time qualifier, while Parsons made state for the second time and first since his sophomore year when he went 2-2 and just missed a medal. If Parsons wins the first two, he will finish no worse than sixth but would likely face a third matchup with Ashcroft in that round. Ashcroft has won both meetings this year between the two by fall.

160 pounds
Platte County senior Ben McDaniel (25-13) finally earned a state berth in his final try, making the finals at 160 a week ago. He’s a No. 2 seed and has a shot to take a semifinal path similar to Parsons, but the challenge will start in the opening round against Neosho junior Collin Kivett (34-16), who ranks No. 6. McDaniel is unranked but has been in or on the bubble all year. Neither has been at state before. The winner of that match will be a favorite against unranked Hillsboro junior and No. 1 seed out of District 1 Eddie Hines (25-9) or North Point sophomore Brody Williams (22-18). Hines went 1-2 at state a year ago If McDaniel gets that far, Whitfield senior Caiden Gagliano (5-0 and ranked No. 5) or No. 2-ranked Willard freshman Gary Walker (44-2) should be the opponent. McDaniel lost last week’s District 4 final to No. 4-ranked Smithville junior and returning state medalist Riley Brown, who has won both meetings between the two this year.

170 pounds
Platte County senior Blaine Keuhn has went to state in each season he wrestled. Problem is he sat out his sophomore year after going 0-2 as a freshman at 152. His return last year resulted in a fifth-place state finish at 170, and he’s been ranked as high as No. 1 and currently sits at No. 6 in a crowded bracket with a lot of medal contenders. Coming in as a No. 2 seed, Keuhn gets a dream draw with unranked Parkway West junior Mason Jensen (32-9) in the opening round and Central (Cape Girardeau) sophomore Davarious Nunley (22-17) as the neighboring No. 1 seed. He will be an underdog against Marshfield senior Dusty Stevens (44-7), who finished fourth in an absolutely loaded District 3 field. Keuhn is the only one of the four with prior state experience. That means Keuhn’s loss to Hannibal senior and No. 1-ranked Trevor Wilson in the district final might have set him up for success. Neosho junior Eli Zar (46-4), also a defending state champion, is the only other ranked wrestler on Keuhn’s half of the bracket and would be a likely semifinal opponent.

195 pounds
Platte County senior Jaydon Walls (32-7) didn’t win a tournament until last week, but to be fair, that’s a definitive product of a tough schedule and tough matchups rather than his abilities. Walls went 1-2 at state as a freshman at 170 but missed his sophomore season due to injury. He returned last year and finished third at 195 and has spent much of this season at No. 1. He didn’t end up wrestling Jefferson City senior and No. 1-ranked Michael Friederich (41-3) in last week’s District 4 final with Friederich, a two-time Class 4 state qualifier and returning sixth-place medalist, forfeiting due to a shoulder injury. Now, the two could meet for the first time in the state final. Walls does not have a ranked wrestler in his quadrant and No. 4-ranked Willard freshman Brady Griffin (37-8) should be his big obstacle to another semifinal berth. After that, No. 5 Rockwood Summit junior Caelin Stegmann (36-2) or No. 6-ranked Branson junior Cade Grimm (34-7) would be the likely opponent. Stegmann went 0-2 at state as a freshman two years ago, while Grimm is a first-time qualifier. Walls won’t have an easy road to the final or a state title with Friederich and No. 3-ranked Bolivar junior Blake Goodman (35-5), a first-time qualifier, the favorites on the other side.

220 pounds
Platte County freshman Jake Fernandez rolled through he first half of the postseason again to win the District 4 title with a tight 2-1 win over No. 3-ranked Van Horn senior David Lewis (32-3) in the final. He’s a No. 1 seed again after going 1-2 at state a year ago in the same position. After a slower start to the season, Fernandez (30-8) is on a roll and enters ranked No. 2. The bad news is he faces Carl Junction junior Cayden Bollinger (35-15), who is a first-time qualifier but out of highly competitive District 3. The good news is he isn’t ranked and neither are unranked neighbors in the quadrant Rockwood Summit senior Henry Armstrong (27-11), who went 0-2 at state a year ago, and North Point freshman Jimmy Thompson (24-25). Fernandez will be a favorite for the semifinals but could draw No. 1-ranked McDonald County sophomore Samuel Murphy (43-1), who does have an intriguing opening-round matchup with Kearney senior Zach Olson (35-11). Olson ended up fourth behind three ranked wrestlers, including Fernandez, in District 4. Fernandez is 2-1 against Olson this season, winning the last two by pin — most recently in last week’s district semifinal.