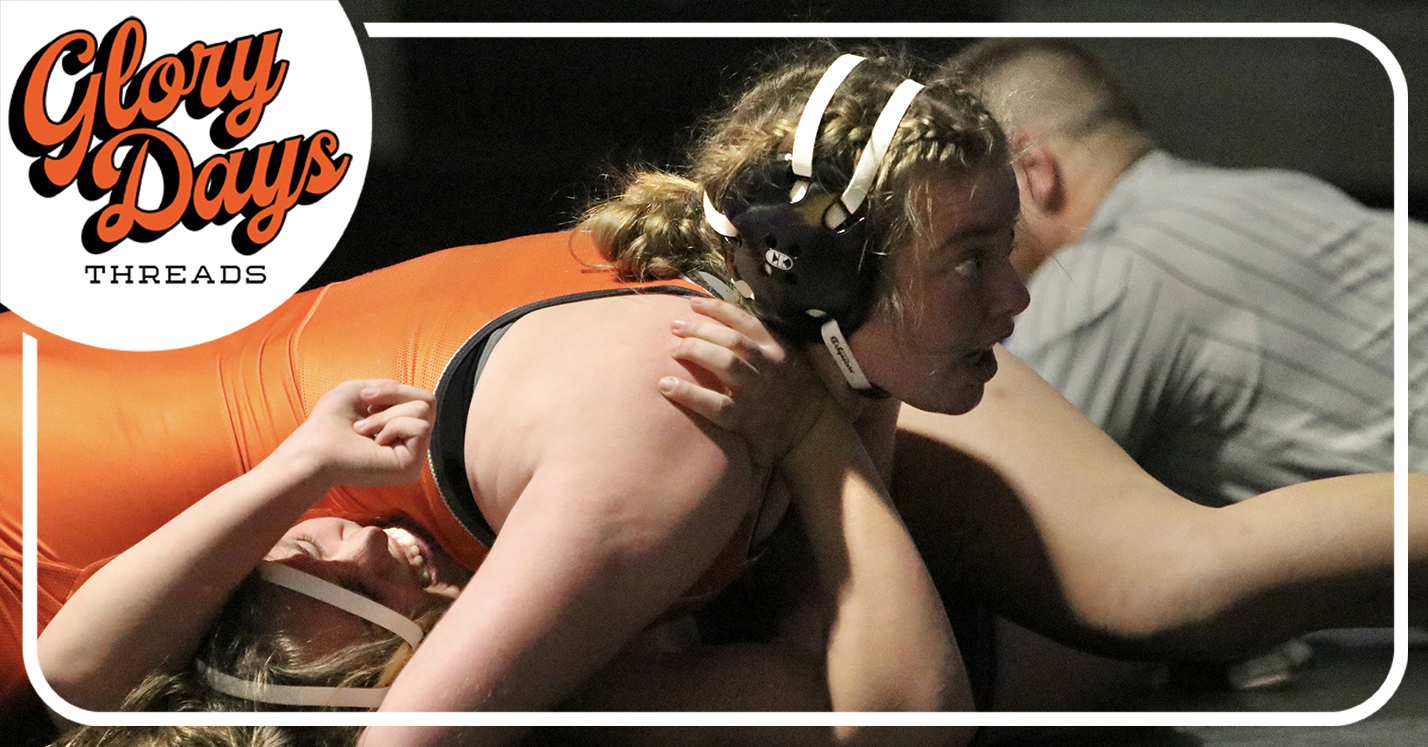 KEARNEY, Mo. — After an exchange of forfeits at the top of the lineup, Platte County went to work with the confidence of a team built for the moment. The Pirates have been definitively more about quality over quantity in the short history of the program, and the amount of quality built for four years leading to Tuesday’s critical Suburban Conference Blue Division road dual at Kearney.

Platte County ran off seven straight victories in the middle of the dual, and KayLyn Munn — the only four-year senior — capped a memorable 54-30 victory with a pin in a unique matchup of ranked opponents. The Pirates left Kearney High School with their first-ever conference title, a superlative out of reach in previous seasons simply due to lack of numbers.

“We’ve added pieces all along,” Platte County coach Reggie Burress said. “Now to see it come to a conference championship is really great. It does the heart a lot of good.”

Looking to play the role of spoiler, Kearney did jump to a 12-6 lead with Ciccarelli taking the first forfeit for Platte County before the Pirates ceded 12 points due to open spots at 105 and 110. Seven matches later, the Pirates were up 48-12 and had already sealed the result.

Burge, a third-year starter, began the run with a quick pin against Bailey Love-Davis at 115, and Mand gave Platte County the lead for good at 18-12 with her pin at 120. Elizabeth Humburg, Burnett, Call and Geddes all came away with falls and maximum points.

“We just told each other that we need to get the pin for every match we have and just get work done,” Elizabeth Humburg said.

With a forfeit coming from Kearney at 149 for Roudebush, Geddes, who spent last season keeping statistics and taking match videos on the sideline, sealed the victory for Platte County. However, the intrigue remained thanks to a move from the Bulldogs at the back end of the lineup. They bumped junior Hailey Romero, No. 5-ranked at 174 pounds according to Missouri Wrestling, up a weight class to go against Munn at 194.

The match went to the second period scoreless, and Romero took the down position.

Munn, who currently comes in at No. 4 in crowded 194 rankings, slowly worked for position and eventually created a turn and finished the pin in the closing seconds. Munn is the Pirates’ unquestioned leader as the only four-year participant and three-time qualifier for the Girls Missouri State Wrestling Championships in program history and one of only two state finalists and two-time medalists.

“I saw the beast come out,” Elizabeth Humburg said of Munn’s performance against Romero, who has yet to qualify for state but won the 174 title at the Wonder Woman tournament earlier this year in a statement effort. “She showed that girl, ‘Hey, you don’t want to go on bottom with me.'”

Kearney did win three of the final four — Munn’s victory the only outlier — to close the gap, but Platte County went into the hallway outside of the fieldhouse and allowed a moment to celebrate the accomplishment. The Pirates finished 6-1 in duals and a perfect 5-0 in Blue Division competition with Grandview not fielding a team this season.

“It’s been three years, and we finally made it,” Elizabeth Humburg said. “That’s just a huge deal to us.”

Platte County closes out the regular season Friday at the Benton Tournament before starting District 4 competition next weekend at Oak Park High School. The early rounds will be Friday, and the competition will conclude Saturday with the top four in each weight class advancing to state.

Munn is the only returning state qualifier, coming off a second-place finish at 195 last season after placing sixth at 187 a year earlier. However, Call, Elizabeth Humburg and Burge were all close to advancing from districts to Sectional 4 in 2021 when the state added a round to the qualification process due to COVID-19 protocols.

This season, qualifiers will go straight from districts to state, and for the first time, girls brackets will feature a full 16 wrestlers at each weight class.

The seniors plus Burge and Burnett predictably led the way for Platte County last week, lifting the Pirates to a team title at Lathrop High School.

With the field divided into multiple brackets per weight class, Call (135) and Munn (194) all won titles in the top level, while Elizabeth Humburg (125) pinned her way through two matches in the 125 B round robin. Burge reached the 115 final and placed as runnerup, and Burnett and Geddes both came back from semifinal losses to place third. The Pirates totaled 167 points and finished 22 in front of second-place Mid-Buchanan.

There were 12 full varsity teams plus JV and C teams at the tournament.

Call continued her strong run of form three straight pins in her bracket, needing 4:35 to pin Rhian Kempf of Blue Springs in the championship. Munn had a three-wrestler round robin and pinned both Cameron’s Hollie Hedgpeth and Kearney’s Jaden Craig. Burge pinned Smithville JV’s Kylie Alexander on her way into the final but lost for the fourth time this season to Sophia Boone of Smithville.

Burnett, who went 2-1, suffered a loss to Excelsior Springs standout Vada Burton in her semifinal but pinned Kearney’s Breshears in the third-place match. Geddes received a bye into the semifinals and then lost her opener by fall to Sierra Brassfield of Lathrop but evened her record with a 10-3 decision over Alyssa Betts of Excelsior Springs to claim third.