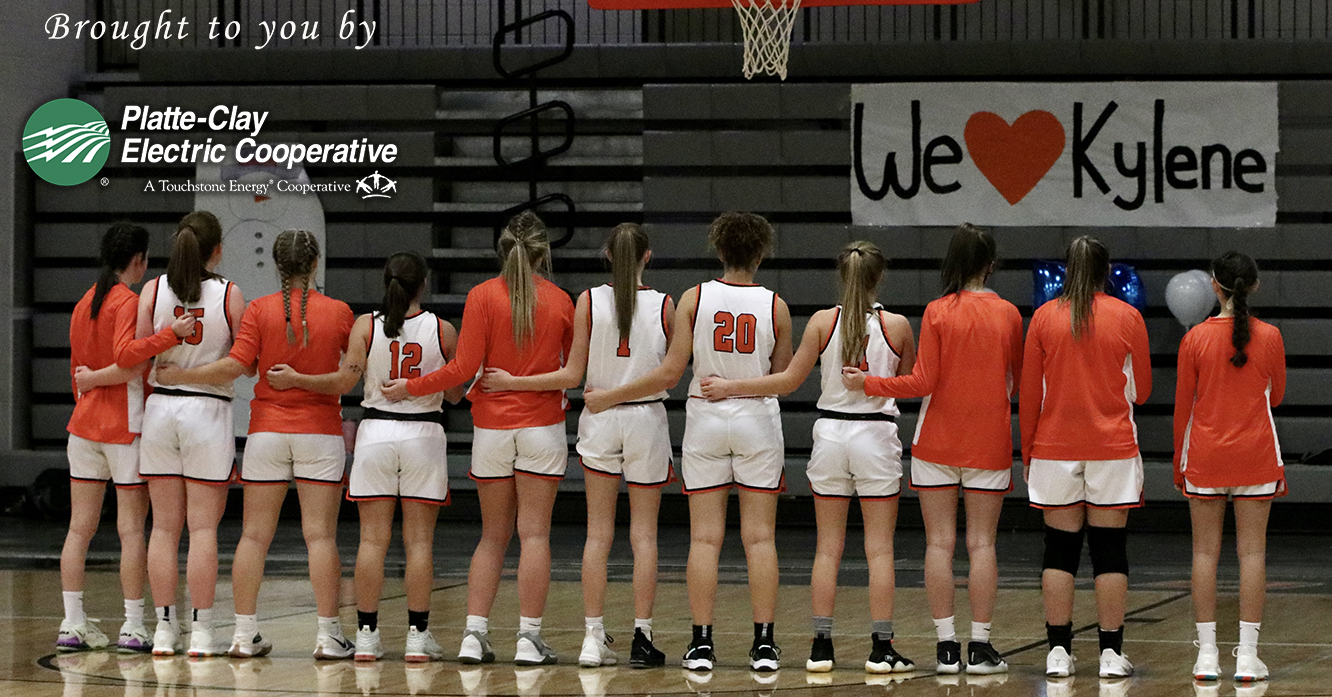 In the closing moments, the slim potential for a last-gasp reprieve still existed.

Platte County struggled with offense from start to finish but needed a just one basket late to have a chance in Monday’s Class 5 District semifinal. Instead, Kearney converted a pair of free throws late and took a 28-22 victory at Kearney Fieldhouse to end the Pirates’ season.

Continuing a common theme, Platte County played shorthanded and despite the best offensive game of the season for guard Kylene Loy — the lone senior on the roster — the Pirates were unable to spring the upset of the district’s No. 2 seed.

“I couldn’t ask anymore of my senior. She was our star of the game,” Strobbe said. “She knocked down three big 3s, just had lock-down defense and couldn’t be prouder of her effort.”

Platte County finished the season at 10-13 overall despite playing with a youthful roster and playing chunks of the season without junior forward Kiersten Robbins, sophomore guard Reese Pickett and sophomore guard/forward Joslyn Hupp, who missed the final three games after suffering a concussion in a game against Grandview. The Pirates returned only two starters from a year ago and lost the bulk of its scoring from the 2019-2020 season, yet flirted with a .500 record before a late losing skid stymied some of the in-season progress.

“Most every game you look at, we’ve been close; we just aren’t able to finish,” Strobbe said. “A little bit is our youth an inexperience, but we are building on it for next year.”

Platte County trailed 14-9 at halftime only after Loy hit one of her three 3-pointers late in the second quarter. She added another 3 after halftime, and a pair of free throws from Robbins trimmed the deficit to 16-14.

Shortly after, Pickett tied the score at 16-16, but Platte County went into the fourth down 17-16 and wouldn’t take the lead. Loy hit her final 3 to finish with a team-high nine points to bring the Pirates within 20-19, but Kearney then went on a 6-0 run to lead by seven with just 2 minutes, 50 seconds to play.

“We’ve been kind of low-scoring all year, and I think Kearney’s kind of dealt with the same struggle we have,” Strobbe said. “We really tried to slow down possessions and that was our game plan, try to keep the ball out of their hands as much as possible. We just weren’t able to capitalize and make those shots we needed.”

Platte County trailed 26-22 with 24.4 seconds when Strobbe took a timeout. The Pirates’ came up empty on the possession, and Kearney sealed the win.

Amaira Peterson, a junior forward, ended up leading Platte County in scoring on the season, and she tallied six points, while Pickett finished with four and Robbins added three. The Pirates hit just seven field goals total, shooting 21 percent from the floor.

Four of the made shots were 3-pointers with Peterson adding one.

With Hupp out, Platte County played just six players, a common theme late in the year. Robbins missed time in quarantine prior to the holiday break, while Pickett did the same in January before Hupp’s injury again left the Pirates shorthanded.

Platte County won four of five and then five of seven at one stretch in the middle of the season and finished 3-8 in Suburban Conference play. The Pirates likely would’ve won another, but Ruskin canceled the remainder of its season due to a lack of players, eliminating a conference matchup from the schedule between the two teams.

The Pirates avenged in an early season loss and halted a four-game losing streak in the regular season finale Thursday in Independence.

After a slow start, Platte County came on strong in the second half behind a trio of double-digit scorers — Pickett (17), Robbins (15) and Peterson (14). Fort Osage led 26-24 at halftime, but the Pirates scored 16 in each of the final three quarters and hung on for a tight win.

Fort Osage won’t he first meeting between the two in December, and the two teams scheduled a rare non conference doubleheader after having openings on both schedules.