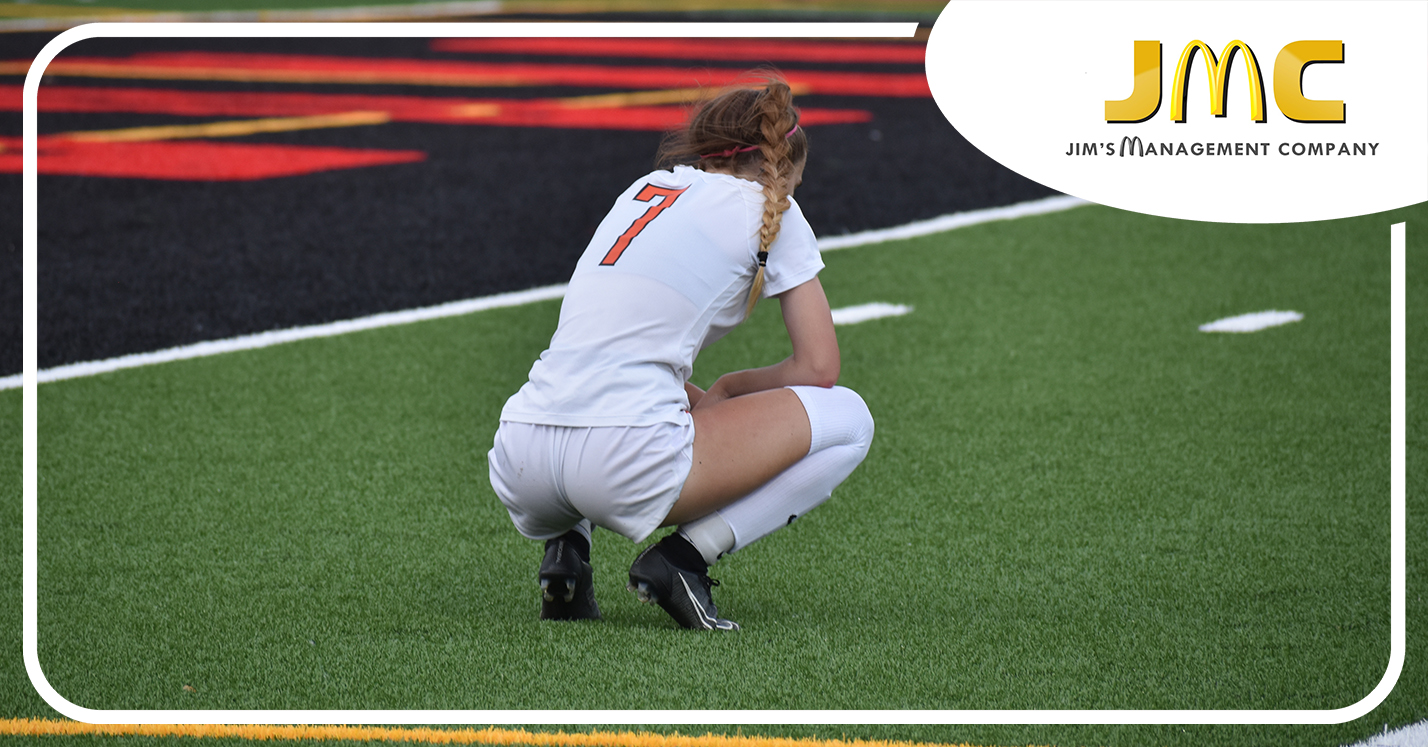 The late flurry produced the type of chances needed but the finish required.

A first half miscue produce an own goal that ended up the only scoring in Smithville’s 1-0 victory over Platte County in the Class 3 District 8 title game Thursday at Van Horn High School int Independence. The Warriors took the playoff berth by virtue of a third victory in four tries by that margin in this year’s repetitive rivalry series.

For the second straight year, all of Platte County’s losses came in the only games when they didn’t score. The Pirates (22-4) were seeking a second straight district title but instead saw the careers of an accomplished senior class come to a difficult end.

“Our underclassmen are going to have some shoes to fill up,” Platte County coach Ashlyn Brantley said. “All these girls they mean something special to us. They definitely laid a foundation in this program, and they’re going to be missed.”

Unlike the first three meeting between the two teams this season, the winning goal didn’t come late in the match.

Smithville, the No. 1 seed by virtue of its earlier wins over second-seeded Platte County, took the 1-0 lead in the 24th minute before halftime when Davey inadvertently headed the ball into her own net and past freshman goalkeeper Finley Kaser, who made eight saves. The Warriors managed 14 shots but didn’t produce their own offense after sweeping the Suburban Conference Blue Division meetings by 1-0 scores, winning the first early in overtime off of a quickly taken set play scenario and tallying a goal on a well-struck shot in the closing minutes of regulation.

Platte County’s defense allowed just nine goals total this season — five to Smithville — in an otherwise solid setup with Davey and sophomore Alex Beeman in the middle and junior second-year starter Morgan Stewart at left back and junior Cosette Stephenson eventually winning the spot at right back. Brantley acknowledged the mistake but always stresses the scenario that puts pressure on the Pirates’ goal.

Platte County forced Smithville junior goalkeeper Katelyn Burkhart into 13 saves and truly pushed for an equalizer in the closing minutes. The Pirates had a header that was pushed away and another shot that missed the post by inches.

Entering on a six-game winning streak, Platte County failed to score for just the seventh time in two years with those instances including a Class 3 quarterfinal loss to Grain Valley last year and all four losses to Smithville over the past two seasons. Smith, who didn’t play for the Pirates as a freshman, continually provided offense in her two years as an attacking midfielder after debuting last year following the COVID cancellation of the 2020 season but could not come up with the key moment this time around for an equalizer.

“Sometimes it works our way; sometimes it doesn’t,” Brantley said. “Today, it didn’t work our way.”

Smithville’s first two wins in the series gave the Warriors an outright claim to this year’s conference title.

In between, Platte County lost a 1-0 lead and then came back from a goal down for a 3-2 victory in the North Kansas City Tournament championship game. That left the Pirates needing to even the ledger to earn a playoff return and make good on Brantley’s pleas to to win at the right time.

Instead, Smithville prevailed in the typical grinding matchup between rivals well-versed in each other’s tendencies and tactics.

“It was going to be a close game,” Brantley said. “I knew it was. Usually, it’s PKs so I guess I don’t have to worry about that heart attack, but if there was a way, I’d like to have that heart attack.”

Platte County’s senior class finished with a 46-7 record over the past two seasons with only Chase having played a significant role as a freshman before their lost sophomore season. The Pirates will look to quickly rebuild its offense through promising freshmen Lily Kytasaari, Lauren Stone, Rylee Burris and Giada Cucchiara along with junior midfielders Sloan Kassen and Mackenzie Shields and sophomore Addison Mayne. In addition to three starters on the backline, the Pirates will also have sophomore midfielder Addison Bradley as a potential replacement for Chase plus freshman Annabel Beeman in the backline mix to protect Kaser, who projects as a four-year starter.

“There’s some gaps we’re going to have to fill in those positions, and I think these underclassmen that we have coming in, and even the ones we had playing out here this season, have shown us they want to step up,” Brantley said.

The Pirates shook off a slow start Monday at Van Horn High School to pull away for another comfortable win, coming off of an 11-0 first round win over Winnetonka with Smith and Davey not in attendance while competing in the Class 5 District 8 track and field meet.

Chase and Dixon opened up a 2-0 lead for Platte County in the 27th and 28th minute, and Smith added the first of her two just 3 minutes before halftime. All three were separate highlights.

In the 27th minute, Chase settled a ball 24 yards out and chipped a shot on target that bounced right in front of the goalkeeper, who mishandled while trying to collect allowing the ball to roll up her chest and over the line for a goal.

Dixon’s chipped shot a minute later came off a touch to her right and a right-footed shot from 27 yards out. She lofted the ball into the upper left corner with aplomb for a deserved goal after playing all year with a heavily braced left knee that kept her from her previous starting role.

Set for an even more impressive display after halftime, Smith received a helper from Kassen, who sent a pass in from the end line toward the top of the box. Smith dribbled to her right before expertly sending a low right-footed shot back across the face of goal and into the left side netting to make it 3-0 at halftime.

Platte County’s lead went to 4-0 just seven minutes into the second half.

Hannah Stone tracked from behind to force an unsuspecting William Chrisman defender into a costly turnover in the Bears’ defensive third. She then dribbled hard to left to beat another would-be defender and back into the right before almost overcooking her final touch only to recover and slide a shot past the goalkeeper at the near post.

A minute later, Smith went on a twisting 57-yard solo dribbling run from her own half that eventually wound up in the William Chrisman box. She eventually slid her way into a right-footed shot that beat the goalkeeper in a one-on-one situation.

Burris supplied the final goal in the closing minutes with a crafty flick over her own head. She spun around and collected before anyone else and essentially dribbled the ball into the net with the goalkeeper finding herself caught between coming off her line and trying to prepare for a shot that became unnecessary.

Kaser made three saves in what ended up her 14th and final shutout of a standout first season.