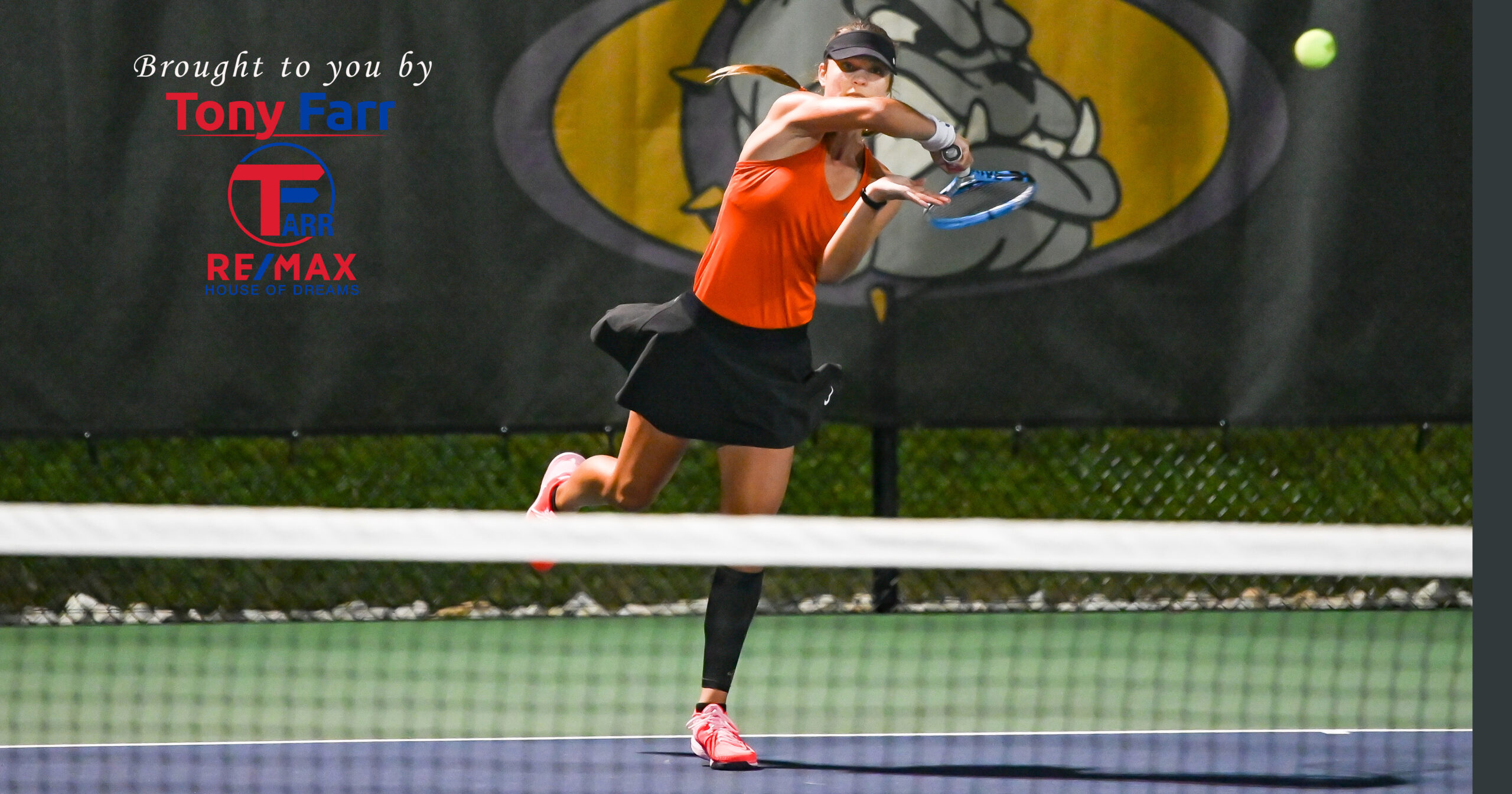 The season won’t continue for Platte County’s team, but the players clearly continued an ongoing process of building the program and showed the bright future.

In the first season of Missouri’s redefined postseason setup, Platte County reached the Class 2 District 8 semifinals but came up just short in a 5-4 loss to rival Kearney on Tuesday night. The Pirates finished the season at 7-10 with just one senior — Emma Murray — in the regular varsity lineup.

Platte County came close to extending its season by avenging a regular season loss but lost 2 of 3 singles matches that went three sets against Kearney.

“Unfortunately, we just didn’t get it done,” Platte County coach Zach Keith said. “It wasn’t because the girls didn’t play hard or compete. We were really proud of them.”

Platte County showed its resolve from the beginning of the dual.

Kearney led all three doubles matches at one point and took a 2-0 lead with victories in the No. 1 and No. 3 matches. The Pirates’ No. 2 team of junior Sophie Curtis and Emma Murray then battled back from a deficit to win 9-7 and create a path to victory.

“It actually felt like a huge momentum shift in the match,” Keith said.

The momentum continued in singles with junior Paige Chase (No. 3) taking a 6-1, 6-4 sweep to even the match at 2-2 and turning the dual into a best-of-five scenario. After a loss at No. 4, the Pirates evened the dual again at 3-3 when Curtis won the No. 2 match 7-5 6-0 over Sara Dillon, who finished as the District 8 singles runner-up and qualified for state as an individual.

“That set the stage for a pretty epic battle at No. 1 singles,” Keith said.

Platte County junior Molly McBratney and Kearney’s Anya Dunn faced off for the the third time this year, having split the first two. McBratney, the District 8 singles champion, won the opening set in a tiebreaker, but Dunn came back for a 6-7 (5), 6-4, 6-3 victory that concluded under the lights late in the evening.

The match took more than three hours to play.

Platte County’s final win of the season came Monday at Platte County High School in a 5-0 Class 2 District 8 first round win over Winnetonka. McBratney, Chase, junior Maria Molinari, Murray and Garcia earning singles wins to finish the sweep, while Curtis led her match at No. 2 when play was stopped.

While the team season ended, McBratney will represent Platte County in the Class 2 Missouri State Tennis Championships in the singles bracket. She earned the first district championship in program history over the weekend by beating Dillon in straight sets in the title match.

McBratney is the first state singles qualifier in program history and the first individual entrant to state since Lisa Wyrwinski and Rachel Bumstead in 2009. The individual state tournament is scheduled for Oct. 15-17 at Cooper Tennis Complex in Springfield, Mo.