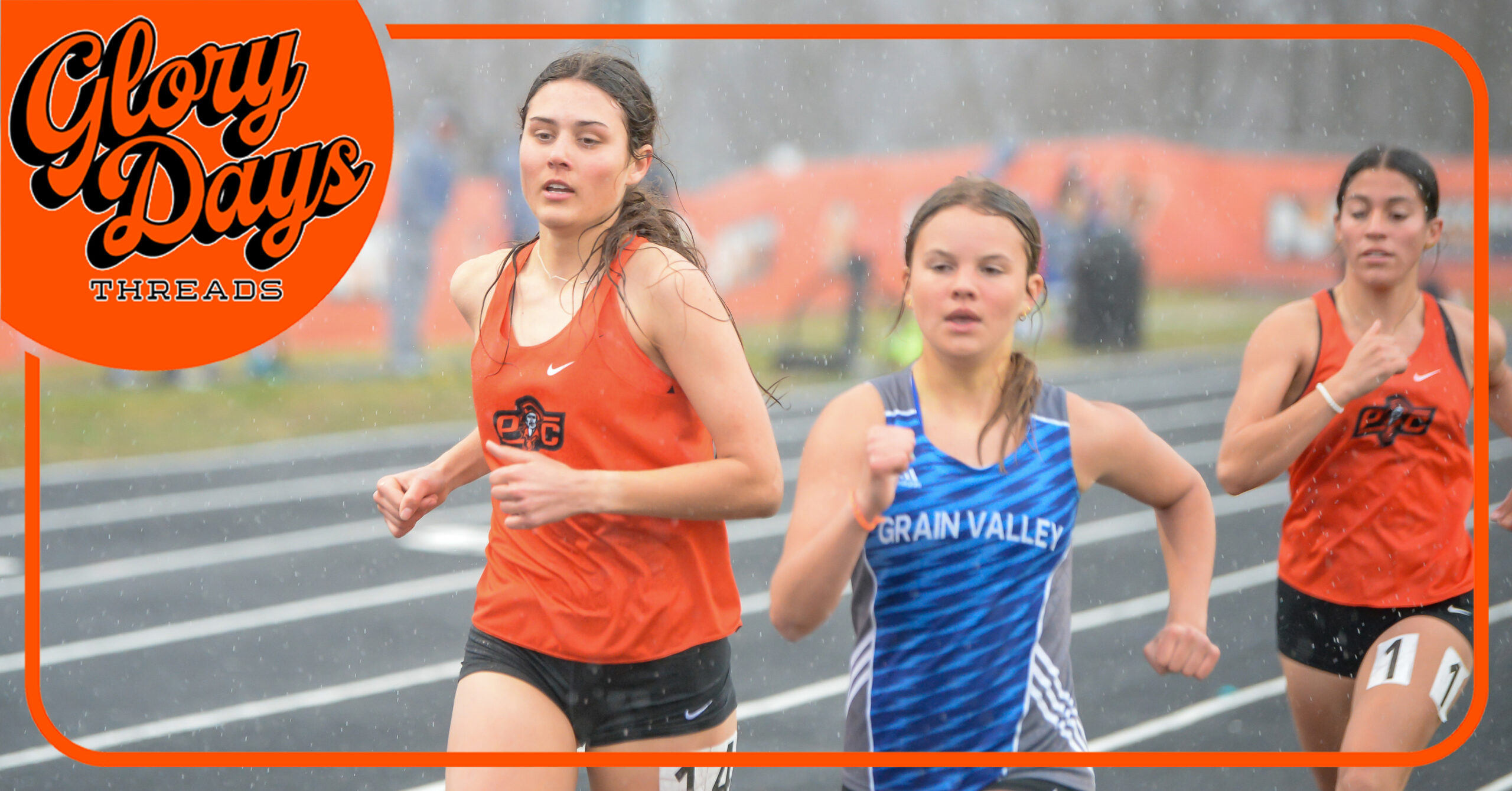 The expected standouts shone bright on an otherwise cold and dreary Tuesday afternoon.

In the season-opening Platte County Time Trials, Platte County juniors Reese Pickett and Meah Salzman plus senior Riley Smith and sophomore Sisely Mitchell all recorded victories at Pirate Stadium even if times and distances were off due to the weather conditions. Excelsior Springs, Grain Valley and Liberty North were the other three teams to compete.

Platte County enters with high expectations after breaking a nearly 30-year drought between conference titles, winning the program’s first-ever district championship and finishing fourth in the Class 4 Missouri State Track and Field Championships. The Pirates will have many key athletes to replace but clearly have the potential for another special season.

Pickett, a returning state qualifier in the high jump and long jump, finished first in both of those events. She won the long jump at 4.98 meters, while finishing in a six-way tie at the top of the high jump at 1.32 meters. The Pirates had three of those jumpers with freshmen Karlee Riggs and Chloe Pegler also clearing the height.

Coming off a breakthrough debut cross country season. Mitchell ran her first race of the season in the 800, placing first at 2:39.65. She ran on the state-medal-winning 4×800 for the Pirates as a freshman and then fully committed to distance running this past fall, earning a berth to the Class 4 Missouri State Track and Field Championships.

Platte County sophomore Lydia Doole came in third in the 800 in her track debut. She had been hampered with injuries that kept her out last spring and cost her the fall season in cross county after she went to state in the sport as a freshman.

Pickett showed off her vast potential with an eye-opening performance in a new discipline Friday in Liberty. She not only took first in the triple jump in her first time competing in the event in high school but posted a mark of 10.88 that beat second-place And David of Lee’s Summit North by more than a third of a meter. The distance would’ve placed her fourth at state in Class 4 a year ago.

The win highlighted a solid day for Platte County, which placed seventh overall out of 17 teams with 57 1/2 points — just 11 back of third-place Liberty.

Pickett also tied for third in the high jump with a season-best 1.57 clearance while coming in fifth in the long jump. (4.70). The Pirates also picked up top-10 performances in field events from junior TK Lawson (fifth in shot put with a personal-best mark of 10.07) and junior Joslyn Hupp (10th in discus with a mark of 27.95).

Platte County senior Maya Sullivan, just the third individual state champion a year ago, has yet to compete so far this season in pole vault.

Like most teams, Platte County won’t be at full strength in all events just yet, while also determining optimal lineups. Mitchell again ran the 800 and placed fourth in a career-best (2:30.04). Pirates senior Molly McBratney, a top sprinter throughout her career, finished fourth in the 400 at 1:05.99, while junior Hannah Mand was seventh in the 200 with a career-best 28.16.

Smith was unavailable while leading Platte County to a third-place game victory in the Platte County Invitational soccer tournament, but the Pirates’ sprint relays were also solid. Mand, McBratney, Tuner and freshman Payton Stadel came in fourth in the 4×200 (1:52.24) and Salzman, Mand, Turner and Stadel were sixth in the 4×100. Salzman did not run in the hurdles.