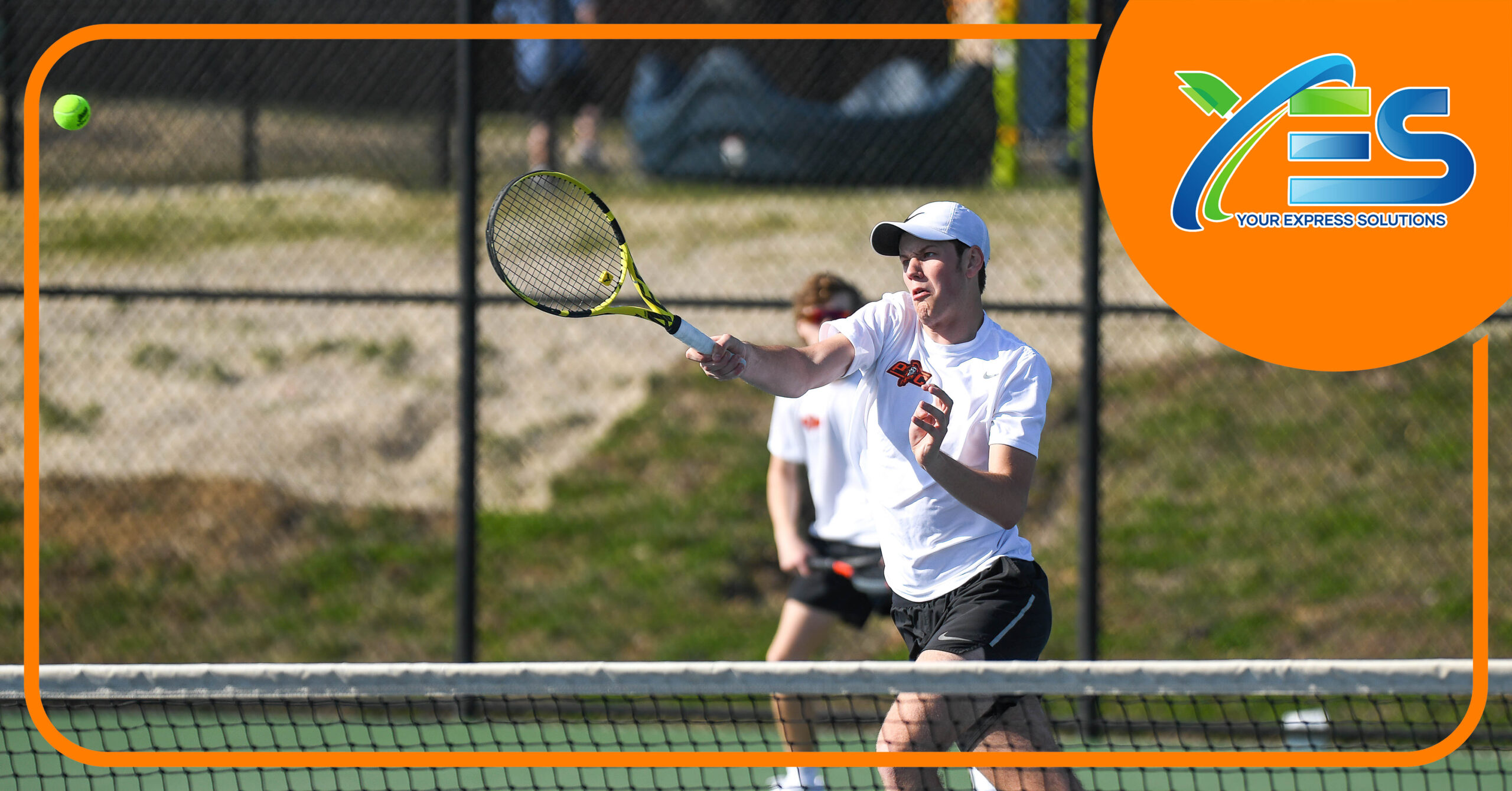 In general, Zach Keith does not shy away from creating a difficult schedule.

Platte County’s veteran coach values testing his lineups — experienced or inexperienced — with the end goal in mind. The first week of this season ended up being an opening grind thanks to a weather postponement. The Pirates started with a shutout of Oak Park and concluded with back-to-back difficult tournaments.

In Friday’s inaugural Warrensburg Doubles Tournament, Platte County advanced all four teams to the semifinals and placed second behind the hosts out of eight teams, showing off the potential fo a squad with only two seniors in the top six. The Pirates totaled 19 team points, five clear of third-place Bolivar and three back of the champions in what became a two-team race.

“We’ve got a lot of young players, new potential on the varsity lineup,” Platte County senior Austin Vanek said. “And I’m really excited because I really think we can work really hard and get even better than we are now. We’re already playing really solid.”

Coming off a memorable and in some aspects historic season, Platte County brings back sophomore state medalist Gavin Nichols at the top of the lineup and Vanek in the middle but the experience drops off from there. This year won’t be entirely different from 2021 when the Pirates entered off the lost COVID season with no returning varsity experience.

Nichols eventually ascended to the top spot in front of Austin Vanek, and junior Jack Forrest climbed all the way from the junior varsity to No. 2.

In the Warrensburg Tournament, Platte County freshman Jack Bralley and senior Shane Duggan, the No. 5 and No. 6 players, came away with the No. 3 doubles championship, while juniors Jaron Cook and Mason McBratney made their debuts by reaching the No. 4 doubles final before finishing in second place. The depth will again be important for the Pirates, who entered this year as defending Suburban Conference Blue Division champions and Class 2 District 8 runnerup.

“Last year is definitely one of this years where you can look back and say, ‘Wow. Yeah, look at what hard work, determination and consistency can do in a season,'” Austin Vanek said.

Platte County’s top two doubles teams at this point have been Nichols and Austin Vanek at No. 1 and Forrest and junior Nathan Vanek at No. 2.

Both duos made the semifinals in Warrensburg. Nichols and Austin Vanek lost 6-0, 6-1 to Warrensburg’s top duo and eventual champions Jack Renfrow and Sam Renfrow. Forrest and Nathan Vanek lost 6-2, 6-1 to Bolivar’s second-seeded team of Trevor Dickenson and Seth Martin in the semifinals. Dickenson and Seth Martin lost a tight 7-5, 7-5 match to Warrnsburg’s Nolan Kennedy and Quinn Conley.

In fact, Warrensburg won the Nos. 1, 2 and 4 flights in addition to placing as runnerup at No. 3.

Bralley and Duggan spoiled the potential for a perfect day with a dominant effort after sneaking past fourth-seeded Boliver in a tiebreaker in the first round. They beat top-seed Warrensburg 6-2, 6-2 in the semifinals and then beat Webb City 6-2, 6-1 in the finals.

McBratney and Cook forced a third set and lost one of the tournament’s most competitive matches. Warrensburg’s Nathan Rodriguez and Brandon Ward prevailed 6-4, 1-6, 10-7.

Platte County closed well with Nichols and Austin Vanek and Forrest and Nathan Vanek coming back to win the their third-place matches. The Pirates (1-1) will have two more tournaments this week (at William Chrisman on Monday and at St. Joseph Central on Wednesday) before hosting Grain Valley on Friday in a dual between two of the top teams from Class 2 Districts 7 and 8 a year ago.

Platte County advanced Nichols (No. 1), Nathan Vanek (No. 4) and Bralley (No. 5) plus the doubles team of Forrest and Nathan Vanek (No. 2) to the championship half of the bracket. All nine entrants won at least one match for the Pirates, who placed fifth with 14 points and were just two points out of a three-way tie for second between Willard, Liberty North and Park Hill South.

As evidence of the difficulty of the tournament, Nichols entered the No. 1 singles bracket as the No. 5 seed but opened with an 8-2 victory over Liberty North’s Quinton Cacchia. St. Joseph Central’s River Flaska won the semifinal with Nichols 8-0 and eventually won the championship match in a tiebreaker.

In singles, Forrest (No. 2), Austin Vanek (No. 3) and Duggan (No. 6) all came back from first-round losses to make the fifth-place match for Platte County. Austin Vanek and Duggan were both victorious there for the Pirates while Bralley and Duggan also came back for fifth at No. 3 doubles.

The Tigers traveled up for a dual on Tuesday afternoon at Platte County High School before hanging around for the eight-team tournament the next day.

Platte County suffered a pair of tight losses in doubles and didn’t recover in a matchup of returning Class 3 district runnersup. Th lone wins ended up coming in singles from Bralley at No. 5 (7-6 (8-3), 6-0 over Brigham Thedell) and Duggan at No. 6 (6-1, 6-1 over Parker Salem). In doubles, Salem and No. 4 Seth Miller teamed for a 9-7 (8-3) tiebreaker win over Bralley and Duggan. Forrest and Nathan Vanek came up just short of forcing a tiebreaker in an 8-6 loss to Thedell and No. 2 Alex Crawford.

Willard provided a difficult matchup with junior Caiden Lingenfelser at No. 1. He placed fifth in singles at the Class 2 Missouri State Tennis Championships as a sophomore with a run that included a 6-0, 6-0 sweep in the consolation semifinals over Nichols, who went on to place seventh as the first individual state medalist in Platte County history. Prior to last spring, the Pirates had never had a singles state qualifier.

Lingenfelser won the rematch 6-1, 6-1 on Tuesday and teamed with No. 3 Dawson Amstuds for an 8-1 win at No. 1 doubles over Nichols and Austin Vanek.

The Pirates opened the season Monday at Oak Park High School with a clean sweep of a typically competitive opponent.

In fact, Platte County lost just four games total in the nine matches. Nichols and Austin Vanek, who partnered much of last season to mixed results, started this season with an 8-0 victory, and Bralley and Duggan also combined to win by the same score at No. 3. After a slow start, Forrest and Nathan Vanek pulled away for an 8-1 victory at No. 2.