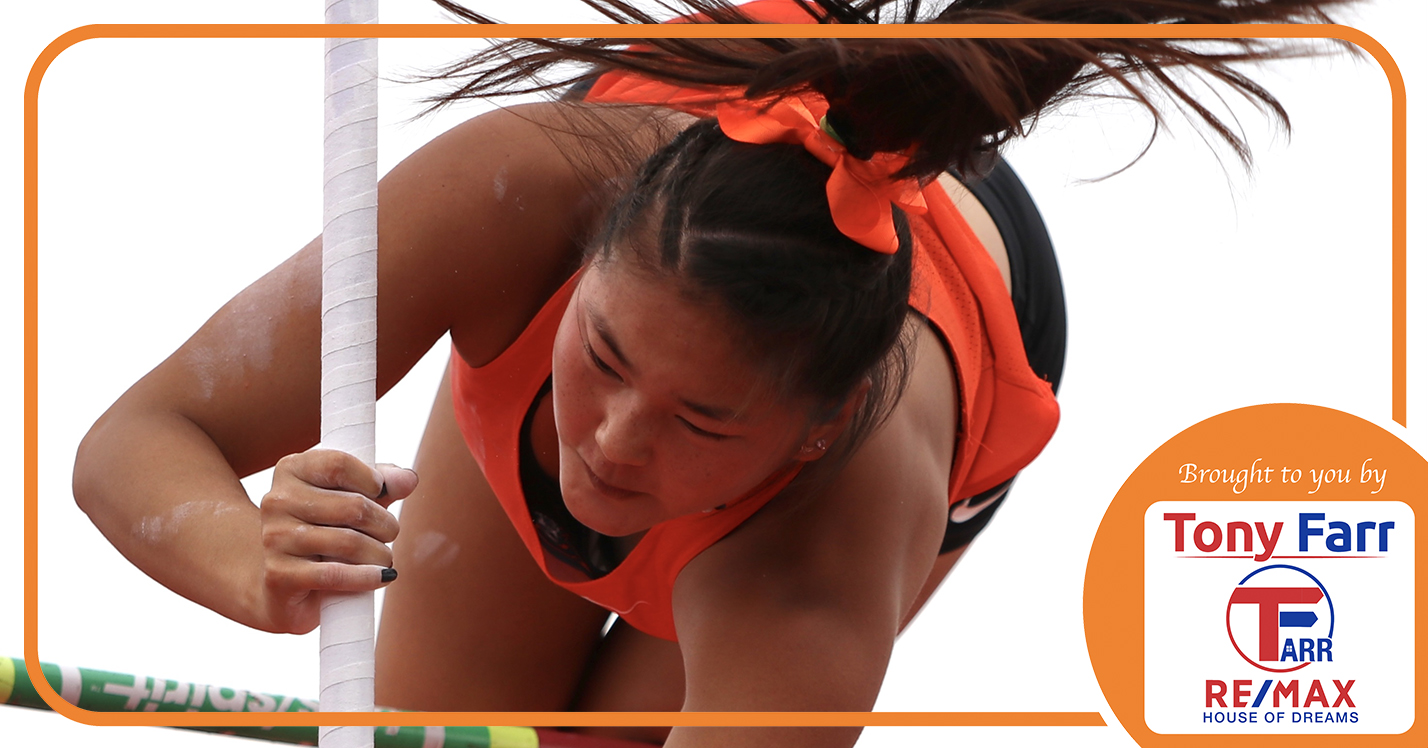 After enduring last-second disappointment earlier in the Class 4 Sectional 4 meet, the Platte County senior went into the triple jump competition motivated and with the support of her “jump squad.” Minter extended the season with a personal-best jump of 10.41 meters for a fourth-place finish, earning her first qualification to the Class 4 Missouri State Track and Field Championships. She reached sectionals in both events as a sophomore but missed out on her junior season after the COVID-19 pandemic forced a cancellation of all spring activities.

Minter will jump alongside sophomore teammate and fellow state debutante Kenzie Palmer, who finished third at 10.47 meters — just 1 centimeter out of second place.

“It’s been so nice. We have our own jumper squad,” said Minter, who went more than a half meter better than her fourth-place effort in the District 8 triple jump a week earlier. “We build each other up.”

Platte County sophomore Reese Pickett qualified for state in both the long jump and high jump. Her morning started with a 5.02 meter long jump that placed her third, while Minter sat in fourth season-best 4.91-meter leap. Pickett was just 2 centimeters off her career-best mark of 5.04 set earlier in the season at the Platte County Invitational.

However, Warrensburg sophomore Grace Hill passed Minter on the fourth and final jump to take the final state spot.

“I was a little upset with myself after long jump, but I knew I had a couple hours so I could get ready for triple jump,” Minter said.

Minter started triple jump with a solid effort on what would’ve been a solid mark, but she scratched — the first of two to start the event. She admitted her legs buckled and hurt a little bit after her third of fourth attempts, leaving her with just one more try.

“Whenever I was running up to the board on the fourth one, I knew I could do it, and then I did. It felt good,” said Minter, who went from fifth to fourth..

Pickett improved her day and cleared 1.57 meters in the high jump to take the sectional title via tiebreaker over Raytown South junior Ja’Nyiah Davis, who needed all three attempts co clear the winning height. Pickett made 1.57 meters on her second attempt.

Platte County senior Abbie Schwieder added to her district title by clearing 3.30 meters on her second attempt. That allowed her to win the competition over junior teammate Maya Sullivan, who made 3.30 on her third and final try.

Sullivan missed on all three of her attempts, while Schwieder, the school-record holder in the event at 3.52 meters, ended up passing on her three tries while struggling to find her form on the runway and eventually opting out.

With hopes of pushing for a top-four team finish at state, Pickett (high jump), Sullivan and Schwieder will enter with top-eight qualifying heights and the best shot at medals. Palmer came in just off her PR in the triple jump, which she set at 10.59 at districts, and will also be in the mix, as will Pickett in the long jump if she can put up a season-best.

Schwieder is now a three-time state qualifier seeking her first state medal, while Sullivan went to state as a freshman in Class 5 at Park Hill South where she holds the school record.

Coming off the first team district championship in program history, Platte County totaled 106 points at Sectional 4 and finished third behind St. Teresa’s Academy (127) and Kearney (109). The Pirates again scored big points from the jumpers and vaulters with the biggest scoring event for the Pirates the pole vault.

Platte County will now chase an outside shot at a top-four state finish in what has been the most successful season in program history for a team that missed out on a potentially memorable 2020.

“It’s been special, especially since we didn’t get a season last year,” Minter said of winning the Suburban Conference Blue Division and District 8 titles.

State success will also likely be dependent on the relays with Platte County also sending all four to state. The 4×400 set a season-best at sectionals and the 4×100 broke the school record set a week earlier.

In the closing event of the night, Platte County entered with the No. 3 seeded time after a disappointing runnerup finish at districts. Pirates star senior Haley Luna opted to scratch out of the open 200 to give her more prep time for the race and came through in a big way.

Schwieder, senior Aly Anderson and Bryn McGehe put Platte County in third heading to the anchor leg, and Luna took the baton and turned in a season-best 58-plus-second split. She caught Kearney easily and nearly overtook St. Teresa’s Academy for the win.

“I really wanted to beat Kearney,” Luna said, “because they passed me at the last meet so that was just our main goal. We felt really strong and confident in that race.”

Luna did endure an unorthodox and somewhat controversial finish. On the backstretch, she found herself boxed in and went to the inside on her pass attempt — way inside. She took multiple steps off the track, but the official did not disqualify her as she brought Platte County in at 4:06.48, 3 full seconds faster than the previous season best and just about .10 of a second behind the Stars.

“It was questionable. I was running and coming into the last stretch and was kind of boxed in,” Luna said. “I was like do I go in Lane 3 and go around both of them? So the first girl shifted into Lane 2, and I was like OK I have space then she cut me off and I was like falling off the track.”

Luna, juniors Molly McBratney and Riley Smith and sophomore Meah Salzman finished as runnerup, as well, at 1:46.60 — less that .20 of a second off the season-best time and still behind winner Kearney. Smith, a sectional qualifier in the open 100 and 200, subbed into the lineup for the first time and ran the anchor leg with Schwieder coming off the lineup.

Smith also again ran the 4×100 and anchored a quartet that also included Salzman, senior Zaya Dove and sophomore Hannah Mand to a school-record time of 50.66. The same set of Pirates broke the previous mark at districts at 50.98.

Platte County beat Kearney this time around but still came in fourth behind Raytown South, St. Teresa’s Academy and Grandview from District 7.

Platte County’s 4×800 of McGehe, Anderson, senior Jenna Jurgensmeyer and freshman Sisely Mitchell came in just off of its season-best at 9:56.00, but the Pirates were safely into the state field. The top four all finished with 5 seconds of each other and should be in contention for medals at state. McGehe ran the anchor and remained comfortably behind St. Teresa’s Academy, Kearney and Smithville to save her legs for the open 800.

However, McGehe fell of the pace in the 800 and finished sixth, unable to secure a return to state in a highly competitive field. Like Anderson, she will now be a very key cog in two important relays that will open and close the state meet.

Luna and Smith will both have individual events in addition to the relays while senior Taylor Giger advanced to state for a second time in the 3,200, placing fourth in a season-best 11:57.41. The Missouri State signee cut about 22 seconds off of her district title time.

With a third-place finish, Luna became a three-time qualifier in the 400 but didn’t go under a minute after hitting a 59-second time at districts. She caught St. Teresa’s junior Naomi Ormiston and nearly passed Lincoln Prep senior Story Downing (1:00.21).

Luna came in at 1:00.48, while Raytown South sophomore phenom Zaya Akins ran away with the title at 55.80. Akins swept the 100, 200 and 400 in addition anchoring the Cardinals to victory in the 4×100. McBratney just missed a state spot with her fifth-place showing in the 400 after coming in as runnerup to Luna at districts a week earlier.

“I feel like after pushing that (in the 4×400), I can push myself more in the 400. I just need to get a stronger start,” said Luna, who finished second in state as a sophomore but remains about 2 seconds off of her school-record time set with that finish (57.97). “I feel like I’m just losing it at the beginning and trying to catch up, and I don’t have time.”

Smith faded to seventh in the 200 but became a first-time state qualifier as a dual-sport athlete this spring. Leading Platte County’s quarterfinal qualifying soccer team in scoring, she came in at a career-best 12.97, having now shaved .60 of a second off of her previous fastest sprint in the past two weeks, to place fourth in a loaded field that included Akins running an 11.71.

Dove and Salzman both ran in the 100 hurdles but finished fifth and seventh, respectively.