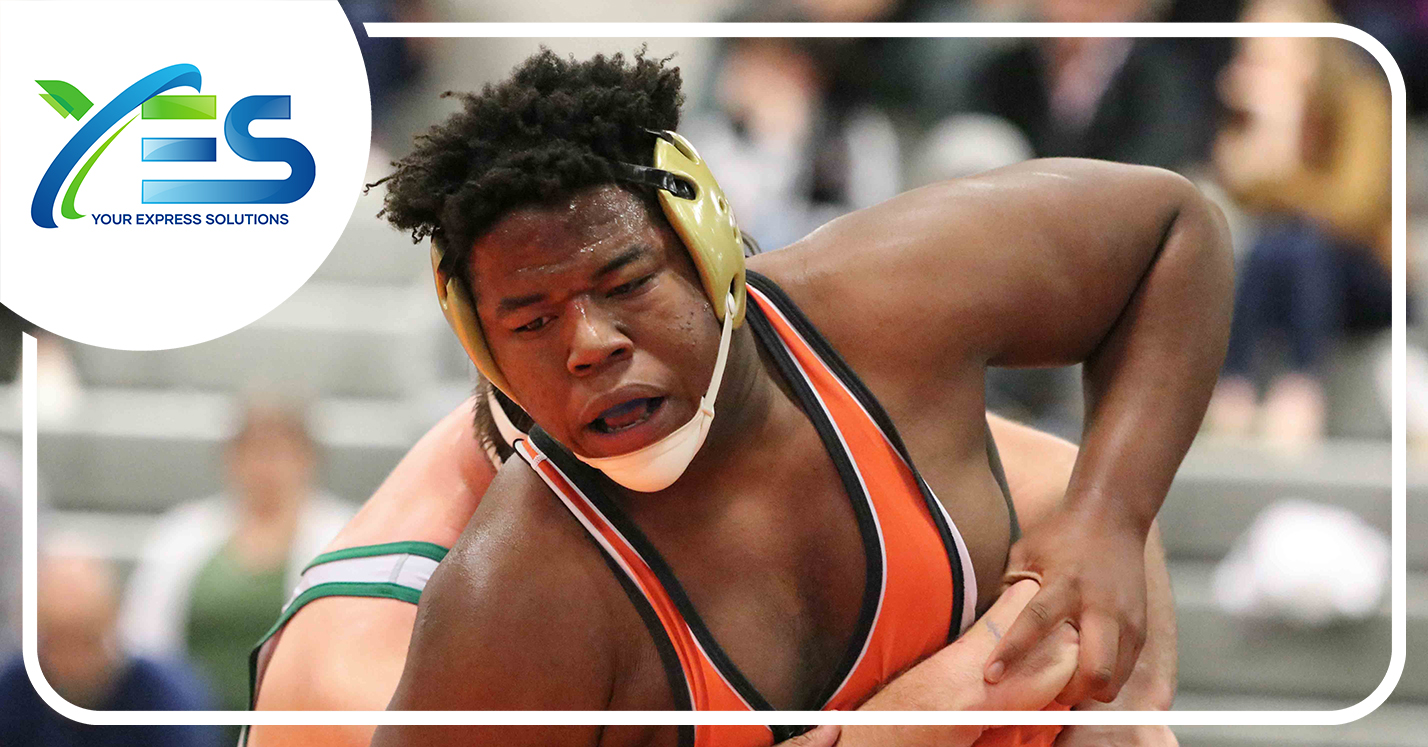 The outcome remained in doubt until the 14th and final match, but the circumstances piled up against Platte County in the leadup.

Smithville slowly built up what turned out to be an insurmountable lead Wednesday night in what likely will be the key result in the Suburban Conference Blue Division title chase. The Warriors ultimately prevailed 38-33 but needed senior Mason Crim’s 3-2 decision over Platte County junior Mar’Quese Brown in a competitive and entertaining 285-pound match to close the dual and seal the win at Platte County High School.

Shorthanded again, Platte County could lament a tight decision victory between two state-ranked foes and key losses in critical spots with one prominently featuring controversial scoring on what ended up a bitter Senior Night for the eight wrestlers honored.

“We didn’t get done what we needed to get done,” Platte County coach Reggie Burress said. “You’ve got to go with it. That’s all you can do.”

Platte County (6-1, 4-1 Blue Division) entered without junior Alexander Escaping-Fillmer (113), freshman Evan MacCuish (132) and senior Trevor Scott (182) plus senior Jared Parsons up a weight due to illness and in an effort to shuffle the lineup in the Pirates’ favor.

Not purely a result of these issues, Smithville took a 35-9 lead after Riley Brown’s 4-2 overtime decision victory over Platte County senior Ben McDaniel at 160. Burress then started to try and find the unlikely path to victory knowing forfeits were coming from the Warriors at 170 and 220.

Platte County senior Blaine Keuhn bumped up to 182 and overmatched Smithville’s Will Sapp for a first-period pin. Jaydon Walls, another senior returning state medalist for the Pirates, did the same against Cole Becker at 195 to close the gap to 35-27 with two matches to go. Burress considered bumping sophomore returning state qualifier Jake Fernandez but instead allowed him to take the forfeit at 220 to set up the match between Crim and Mar’Quese Brown.

Smithville led 35-33 going to the final match and the first of potentially multiple meetings between the teams’ 285-pounders.

Scoreless after the first period, Mar’Quese Brown scrambled out of potentially going to his back in the down position to start the second. He eventually earned an escape and led 1-0 with Crim going down to start the third period. He quickly worked an escape to tie it, and a brief moment of inactivity from Platte County’s second junior led to the winning takedown with about 24 seconds left.

Mar’Quese Brown quickly escaped to close within 3-2 but couldn’t find the offense for a potential winning takedown in the limited time remaining.

“Mar’Ques may not have wrestled as good as he did tonight,” Burress said looking back on the decision.

With the dual opening at the traditional 106 spot, Platte County took its only lead with sophomore returning state qualifier Caden Hulett’s first period. Smithville quickly tied it with Trent Hallett dominating throughout the 113 match vs. Pirates sophomore Justin Tiemeyer, who ended up pinned in the second period.

That started a run of four straight victories for Smithville, which had pins at 120 (Dawson Ballard) and 126 (Kolby McClain) and an 18-2 technical fall for Jeffery Kobel over Platte County junior Draiden Chilcoat at 132. The Warriors led 23-6 at that point.

“I knew Hulett had to get six,” Burress said. “I knew we were going to be in for a rough go there for a while. There was nothing we could do.”

Platte County senior Eli Rocha, who just recently returned from a head injury suffered in December, put the Pirates back on the board at 138. He earned a quick takedown against No. 5 ranked Ethan Muir but didn’t build the lead in normal fashion.

Most recently ranked No. 3, the three-time state medalist eventually grabbed another takedown in the second but ultimately held on for a 5-4 decision after giving up a late stalling penalty point. Still, the Pirates were back within 23-9.

“He only took two attacks in the match and both of them were great,” Burress said. “He needs to take five or six. Eli just needs to attack more.”

At 145, state-ranked Smithville sophomore Alex Hutchcraft quickly pinned Isaiah Seymour, who went into the lineup with Parsons bumping to 152.

Platte County hoped the senior and 2020 state qualifier could muster enough energy to hold off Nate Lawhon in one of the most critical matches. Parsons led 2-1 after the first thanks to a takedown with Lawhon’s only point on a penalty point for unnecessary roughness on a crossfire. The advantage grew to 4-1 with a second-period takedown, but Parsons never ended up able to work the turn needed for near-fall points despite dominating the action.

In the the third period, the official hit Parsons for a second unnecessary roughness on another crossface and then put Lawhon into a 4-4 tie with a two-point penalty for “talking back.” Lawson then reversed a clearly tiring Parsons who was pushing for a turn. An escape made it 6-5, but Lawhon closed out an 8-5 decision with a late takedown and half the winning total coming from penalty points.

“I don’t know what to say about that,” Burress said. “As an official, you throw four points on the board in a short period of time. I don’t know. It is what it is and gives a good lesson to be quiet.”

Platte County’s hopes were dealt a bigger blow when McDaniel couldn’t hold a 2-0 lead in the 160 match. After giving up a very quick takedown, Riley Brown had an escape and ended the first down 2-1 then tied it with another escape to start the second.

McDaniel took natural to start the third period rather than taking down, a nod to concerns over Brown’s ability to work a turn from the top position. Neither wrestler scored in the third period, but McDaniel appeared to have a solid shot taken in the 1-minute sudden victory period only to give up a countershot that resulted in Riley Brown’s 4-2 victory that gave Smithville the 35-9 lead.

The late run of four straight victories was not enough to erase the deficit.

Platte County has continued to struggle with illness, injury and inconsistency while trying to lock in the optimum lineup. The Pirates still have six returning state qualifiers with multiple others capable of a breakthrough season, but they also dropped to No. 5 in the most recent Class 3 team rankings with Hulett (No. 4, 106), Rocha, McDaniel (No. 6, 160), Keuhn (No. 1, 170) and Walls (No. 1, 195) in the top six as individuals.

To have a path back into the conference title picture, Platte County likely needs Kearney to beat Smithville in Tuesday’s scheduled dual between the two rivals. The Pirates would then need to best Kearney next Tuesday to create a three-way tie.

Platte County won the crown a year ago.

The Pirates entered the critical dual with Smithville off of a bounce back showing the previous weekend in a 14-team tournament at Bonner Springs High School.

Finishing third with 179 1/2 points, Platte County medaled eight total with Rocha seeing his first action in nearly a month. He won the 138 bracket to highlight three finalists plus five others who came back to claim third place.

Rocha dominated from the outset in the double-elimination straight bracket formula. He took the first three matches by forfeit or fall without leaving the first period to reach the championship bout. He then recorded four takedowns in the first period and didn’t allow an offensive point in a 14-6 major decision over Olathe Northwest (Kansas)’s Noah Conover.

After two first-period pins, Walls faced undefeated Blake Jouret of Olathe Northwest in the championship bout. Jouret took a 2-1 lead with a takedown late in the second period and kept Walls down for the remainder of that period. His escape in the third made it 3-1, and Walls couldn’t come up with a tying takedown.

Keuhn took a bye in the first round and then recorded a 13-0 major decision and 56-second pin to advance to the finals at 170. Against Noah Sharp, he led 4-1 after the first period thanks to a pair of takedowns, and the advantage still sat at 6-4 after another takedown 7 seconds into the third period. Sharp escaped 12 seconds later and then won the match with a takedown and two near-fall points in the final seconds.

Hulett (106), sophomore Brody Lueders (126) and Fernandez (220) all lost semifinals to the eventual champions but came back to win their last two matches. Lueders went 3-1 with a pair of pins and twice beat Ottawa’s Trevor Kaub — by fall in the quarterfinals and in a 2-1 decision for third place. Hulett beat Gabe Sherrell of Olathe Northwest twice with a 15-6 major decision in the quarterfinals and a 10-4 decision in the third-place match.

Fernandez had three pins and a 2-1 loss by decision to Lucas Conover of Olathe Northwest in the semifinals.

Parsons also lost a decision in the semifinals, 8-5 to Sheldon Martin of Paola (Kansas), but had a tight 4-2 decision over Adam Hageman of Shawnee Mission Northwest (Kansas) to reach the third-place match where he had his only pin of the day against Braeden McGrath of Bonner Springs (Kansas). McDaniel had four bonus points win — a major decision, technical fall and two pins — sandwiched around a loss to Max Keller of Olathe Northwest by fall.

All of the head-to-head wins over Platte County allowed Olathe Northwest to finish two points in front of the Pirates for second, while Paola took the team title. Lee’s Summit North (fifth) was the only other Missouri and non-Kansas team in the field.

The Pirates stretched their lineup the night after the loss to Smithville and still came away with a conference win Thursday at Winnetonka High School.

Resting multiple starters, Platte County benefitted from a pair of forfeits and split the 12 matches wrestled. However, pins for Chilcoat (132), junior Peyton Nickell (145), freshman Darrell Smith (160), Keuhn (170) and Walls (195) plus a medical forfeit for freshman Kameron Doyle were enough to prevail.

Hulett lost a 5-1 decision to John Nguyen in a renewal of a tight series of matches from a year ago, although the Winnetonka senior won for the first time in their meetings. Platte County sophomore Shane Leary also returned to the lineup at 138 but lost an 8-4 decision, while Mar’Quese Brown dropped a 6-5 decision at 285.