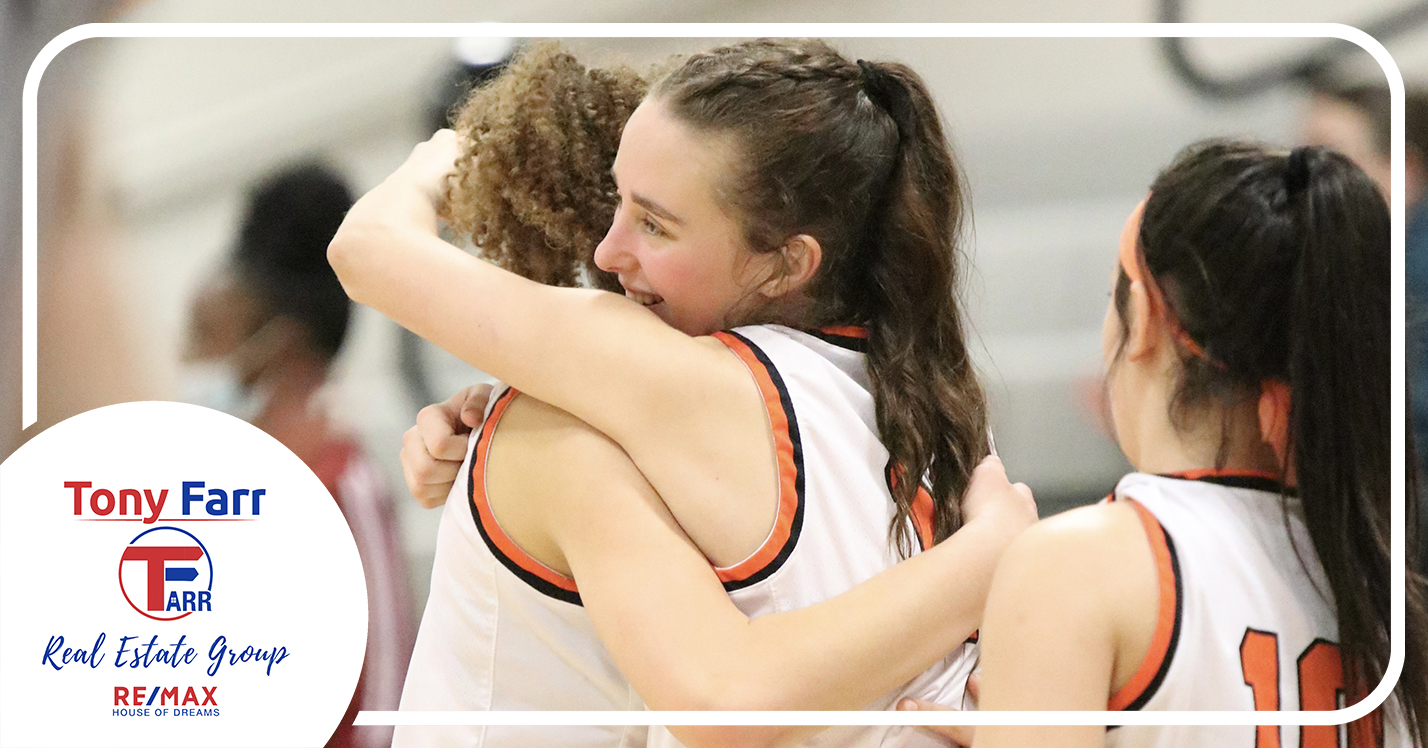 Amaira Peterson managed a bit of a nervous smile after missing a free throw with 3.5 seconds left.

On an emotional night, Platte County’s left-handed senior forward sank the second, and Winnetonka didn’t manage a shot in the remainder Monday at Platte County High School. The Pirates didn’t lead at any point against a winless opponent until the final 30 seconds but came away with a 27-24 victory behind 11 points from senior forward Kiersten Robbins and a flurry of big plays late.

Platte County closed on a 12-1 run and delivered a memorable Senior Night for Peterson, Robbins and Karson Suiter. Peterson grabbed an important rebound after Winnetonka missed the front end of a one-and-one opportunity at the free throw line while down two points and then added the one free throw to assure the Pirates couldn’t lose on the final possession of regulation.

“I was like come on, we’ve got to win it. This is senior night,” said Peterson, who scored all three of her points in the closing sequence. “I wish I made two, but one out of two is still good. I was like we’ve got to get one point so they can’t go back and make a 3 (to win) or something like that. I twas good.”

Not much went right for Platte County (7-10, 4-4 Suburban Conference Blue Division), which trailed bu eight with 5:21 left in the fourth quarter, shot 17.3 percent from the floor, made only 1 of 17 on 3-pointers and committed eight turnovers. The Pirates were in a stretch of more than 11 minutes without a field goal when junior forward Joslyn Hupp (five points) hit a pair of free throws to cut the deficit to 23-17.

After Winnetonka split a pair of free throws for the Griffins’ final point, Peterson stuck back a missed 3-pointer from sophomore Lydia Doole for her first basket. Platte County junior guard Reese Pickett then did the same with a miss from Hupp for her only points to make it 24-21, and the Pirates drew a charging foul to take the ball back down just one possession and suddenly with a chance.

“We’re all here for each other,” Peterson said. “We’re all like, ‘OK, you missed that one; let’s go back and make the next one.’ I love that about this team.”

Platte County turned it over on the first chance to draw closer, but Winnetonka would miss three front end of one-and-ones in the fourth quarter.

Platte County coach Rebecca Mills took a timeout and drew up a play for junior reserve guard Morgan Stewart, but a potential tying 3-pointer from the left corner went off the side of the backboard. Yet, the loose ball found Doole, who scored a outback to make it 24-23. The Griffins then missed another one-and-one, and out of another timeout, Robbins ended up wide open for her final basket, a layup to give the Pirates the lead for good.

With 21 seconds left, Winnetonka rushed up the court and traveled. Doole then hit 1 of 2 free throws to put Platte County up 26-24. The final blocking foul on the Pirates ended up not mattering when the final one-and-one miss ended up in Peterson’s arms for her fifth rebound.

“It came down to execution, and we did execute things I drew up,” Mills said. “They did perfectly, just like the last bucket for Kiersten. We came out of the timeout, and we executed just as we were supposed to so that was a good sign to see.”

Platte County honored the three seniors prior to the game and inserted Suiter into the starting lineup. The Pirates went more than six minutes to open the first quarter without a field goal and a split of two early free throws from Robbins remained their lone points until Doole (six points) stroked a 3-pointer at the 1:53 mark to tie the score at 4-4.

Winnetonka responded with a three-point play and then held the lead for nearly the entire rest of the way.

Hupp, who finished with a game-high 11 rebounds, used a third-try putback on the opening possession of the second quarter to make it 7-6, but Platte County then went another 5 minutes without a field goal. The Griffins won the second quarter 8-4 and took a 15-8 halftime lead.

Winnetonka led by as many as nine early in the third quarter, but Robbins, who also had five rebounds, responded with six straight points in Platte County’s best offensive stretch of the game.

“That’s something moving forward that we’re going to need going into districts, going into the last part of the season is her to kind of turn it on,” Mills said. “I was glad to see her get the momentum and rhythm going, especially on Senior Night.”

Both teams went the next 5 minutes without scoring with Platte County missing a prime chance to close the gap and instead went into the fourth quarter down 19-14. At that point, Robbins had nine points, including the Pirates’ only six of the third quarter.

Suiter brought noticeable energy in her first career start with three offensive rebounds, and Platte County routinely found open shots but simply couldn’t hit, just four days after struggling for offense in a 29-17 victory on the road over Kearney. The Pirates also went 1-for-4 on free throws early in the fourth quarter.

However, three second-chance baskets plus Robbbins’ late layup gave Platte County four of its nine made shots from the floor in the final 3 minutes of regulation.

“Yeah, I’ve seen (the resiliency all year),” Mills said. “I haven’t seen us execute the comeback to this point, but I’ve known we are a better team than we’ve shown at times. The ball wasn’t falling for us tonight, and that happens.

“I’m hoping we can take these pieces of a puzzle and finally make the full picture of the puzzle and not this mish-mosh of a game we seem to play right now.”

Platte County made it two straight conference wins and leveled the Blue Division record for the third time this season. The Pirates currently sit in fifth place in the standings with a chance to make a move in the closing stretch of the season.

The Pirates made it three straight wins for the first time this season, holding off a talented Class 2 school Friday night at Platte County High School.

Peterson hit her second 3-pointer in the second quarter, and Platte County maintained a healthy lead much of the game despite not pulling away.

Pickett and Stewart contributed five points apiece, and the Pirates went 11-for-13 on free throws in the second half to hold off North Andrew, which dropped to 15-7 overall. The Cardinals entered having won six of eight but didn’t have a 3-pointer until the fourth quarter and finished with just the one.