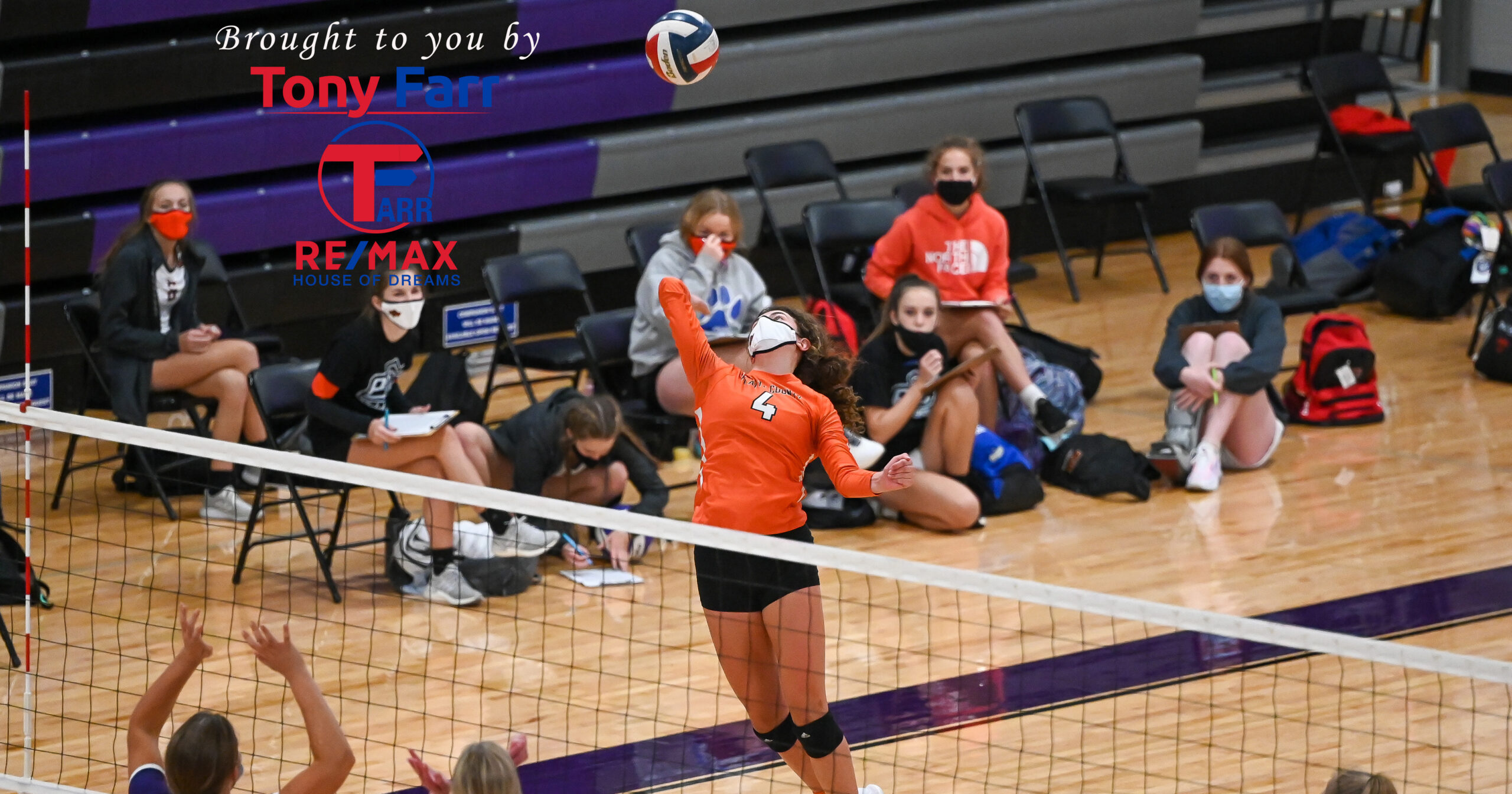 Platte County just keeps rolling and looks more and more like the overwhelming favorite in Class 4 District 16. The Pirates’ winning streak hit 12 straight — they’re unbeaten in the last 18 — with three more Suburban Conference Blue Division victories over the past week, including another four-set triumph over league and district rival Kearney.

On Tuesday, Platte County traveled to Kearney and came away with a 25-17, 25-17, 22-25, 25-22 win. In the prior meeting, Kearney took the opening set before losing the next three, but this time around, Platte County led 2-0 and then closed out the victory after a third-set hiccup.

Brown had three of Platte County’s nine service aces, and Hunter and McGehe had two apiece.

The win over Kearney was sandwiched between Blue Division sweeps of Grandview and Winnetonka. Platte County is now 9-0 in conference play with rematches against Smithville, Raytown South and Ruskin remaining, and the Pirates swept each of those teams the first time around.

McGehe had a breakout game with 13 kills and 12 assists. Walter benefited from McGehe’s involvement at the net with 26 assists, while Anderson (13) and Firkins (12) were tops in digs for the Pirates.

Against Grandview last week, Platte County prevailed 25-11, 25-8, 25-8 with Brown accounting for a team-high eight kills and Luna adding six and Hunter five. Walter had team-highs of 16 assists and seven service aces, and Anderson had four more aces in a dominant showing for the offense.