Platte County senior linebacker Trevor Scott holds the ball aloft after recording a forced fumble and fumble recovery in the first half of a 35-0 win over Winnetonka on Friday at Pirate Stadium. TODD NUGENT/PC Preps Extra

No doubt remains about the now clearly established identity for Platte County in another promisingly developing season. The Pirates play suffocating defense before the offense inevitably materializes.

In a 35-0 shutout of Winnetonka on Friday at Pirate Stadium, Platte County junior cornerback Garrett Smith-Dean recorded another interception return for a touchdown while senior linebacker Trevor Scott turned in his past performance of the season with a team-high 10 tackles, two sacks and a fumble he both forced and recovered. Winnetonka managed just 128 yards of total offense, and the Pirates recorded their third shutout in a span of four games.

Since a season-opening 42-14 loss to undefeated, Class 6 No. 8-ranked Park Hill South, Platte County (5-2) has allowed just 30 points total in the past six games. The run includes shutouts of North Kansas City (29-0), Ruskin (62-0) and Winnetonka plus a 35-3 blowout of Kearney and a 24-7 decision over Grandview when the Bulldogs’ lone points came on a pick-six in the second half.

“I think (a shutout) is always the expectation,” said Platte County senior linebacker Blaine Keuhn, who recorded five tackles in another steady performance against Winnetonka. “If we don’t, I know everyone out there on the defensive side we’re playing our tail off even if we don’t get a zero.”

Up to a season-best No. 6 ranking in the most recent Class 5 Missouri Media poll, Platte County sputtered on offense at times, finishing with 252 total yards, but senior quarterback Jared Parsons threw a pair of touchdowns and added a score on the ground, while junior running back Nate Walls turned in a 100-yard rushing performance and broke a 36-yard touchdown run in the second half — the longest of the season and second in his career only to the 76-yard scoring run he recorded as a sophomore for Park Hill in an upset of Class 6 No. 1-ranked Raymore-Peculiar before transferring tot he Pirates prior to this season.

Most importantly, Platte County didn’t commit any turnovers and allowed frustration and miscues to pile up for Winnetonka (4-3, 3-2 Suburban Conference Blue Division). The Griffins have lost back-to-back in league play after a 42-14 defeat vs. Kearney in Week 6.

“Defense was lights out,” Platte County coach Bill Utz said. “They did a great job, really very few mistakes at all on their part, but that’s our expectation for them. As long as we’re scoring enough to take care of ourselves, I’m good with that identity.

“We want to do enough to win games, and obviously when the defense is playing well, it doesn’t take as much.”

Platte County junior safety Cameron Wolfe added six total tackles, while Smith-Dean had four in addition to his game-changing interception. The Pirates’ stats have actually been limited due to the defense’s efficiency in elite performances with talent at each level.

“I say we all some ‘dawgs,'” Keuhn cracked with a smile. “Trevor Scott a dawg. Cade Fowler a dawg. Chandavian, Walls, we’re also dawgs.”

Despite limited offensive production in the first half, Platte County led 21-0 at halftime and then quickly expanded the advantage to put the game away. The Pirates took the opening kickoff of the third quarter and drove 68 yards with key third- and fourth-down conversions on the quick possession.

First, Parsons hit junior wide receiver Dayne Wimberley for a leaping 26-yard catch to convert a third-and-10 play, and Nate Walls went 4 yards on a fourth-and-3 at Winnetonka’s 40 to keep Platte County’s march alive. Two plays later, Nate Walls pinballed around right end for a 36-yard touchdown run that included a broken tackle inside the 10 to put Platte County ahead 28-0 with 8 minutes, 33 seconds left in the third quarter.

“Nate Walls, he’s a great guy,” Platte County senior left tackle Joe Nicholson said. “He’s really a hard worker, and he comes in every day so to see him run hard like that is not really a surprise. In the second half, we just started playing like a unit. That first half, it was 10 out of 11 guys doing their job, four out of five offensive lineman doing their job. That second half, we really came together as a unit and a team, and we really started running the ball well.”

The run game took center stage with Platte County producing a season-high 147 yards rushing one week after going for 135 in a win over Winnetonka and just two weeks removed from a miserable 23-yard showing in a 20-10 loss to Class 4 No. 1-ranked Smithville (7-0, 4-0). Nate Walls emerged as the primary ball carrier (22 carries for a career-high 113 yards) with senior running back Ben McDaniel limited to just one attempt for 3 yards before exiting the game to rest an injured shoulder, while Parsons added 24 yards on four scrambles.

“Things happen in football, things that we don’t necessarily want, and we just have to keep it going,” Nicholson said. “But we’ve done it before with a lack of (consistency), and I think we can do it again.”

After Nate Walls’ touchdown, Winnetonka turned the ball over on downs in its own end. Platte County quickly took advantage with Nate Walls converting an initial third-and-1 before Parsons hit junior wide receiver Tristan Magnuson for a 14-yard gain on his only catch. Two plays later and after an illegal formation penalty, Pirates junior wide receiver Carter Salzman came in motion left and took a counter pitch logged as a forward pass. He went around left end, put a move on one defender and dove to stretch the ball over the goal line for what the official ruled as a 23-yard touchdown pass.

“(Salzman)’s a really good runner. Whenever I saw him hit that spin move, I knew he was out; I knew he was going to get a touchdown,” Nicholson said of the play that came around to his left side.

The final score with 2:26 left in the third quarter started a running clock for the remainder, allowing Utz to liberally deploy his backups for the rest of the game.

Winnetonka ended up with 30 yards of offense on its final drive to move into the red zone before time ran out on the once legitimate chance to score. The Griffins averaged just 2.1 yards per carry on 28 rushing attempts, while senior wide receiver and Iowa State recruit Jason Essex finished with just four catches for 45 yards.

“I felt like our defense came out strong,” Keuhn said. “I mean Garrett had a pick-six. That was huge. After that, I think momentum built off of that, and everyone played well tonight.”

Platte County’s defense made sure the offense received plenty of time to get going.

Winnetonka threw for a first down on the opening play of the game but only put up three more the rest of the first half with 58 yards of offense before halftime. The Pirates broke through after Bradley’s third-down sack ended the Griffins’ second possession. Parsons hit senior wide receiver Cole Rhoden for a 42-yard gain across the middle, and the same connection finished the drive on a 15-yard connection for a touchdown to complete an 82-yard march that made it 7-0.

However, Platte County failed to take advantage when Scott ripped the ball away from Winnetonka senior running back Johnell Essex on the very next play for a turnover. The Pirates needed Smith-Dean’s 18-yard interception return for a touchdown late in the first quarter to establish a two-score lead.

Still playing with a hard cast covering his entire right hand and forearm due to a broken thumb, Smith-Dean snared an errant Sontag pass in the flat using his only free arm and marched untouched into the end zone for his second pick-six of the season and fourth in the past two seasons. Smith-Dean has four interceptions this year, and his other defensive touchdown came in a two-pick performance against Kearney in Week 2.

“That’s some of the craziest stuff I’ve ever seen to be honest,” Keuhn said of Smith-Dean’s one-armed interceptions. “He’s real good at that. I don’t know how he does it.”

Platte County all but put the game away with one last scoring drive late in the second quarter.

Parsons, who finished 7-for-20 for 128 yards, shook off a rough first half by converting a third and 15 with a hard-nosed 24-yard scramble at the 2-minute mark. Nate Walls used runs of 10 and 11 yards to move the Pirates inside the 10, and Parsons scored the first rushing touchdown of his career on a 3-yard scramble to the right pylon to make it 21-0 with just 39 seconds left before halftime.

Rhoden left in the first half with an apparent shoulder injury with team-highs of three catches for 60 yards, while McDaniel might require more time off for the shoulder injury originally suffered vs. North Kansas City. The Pirates also have a few nicks along the offensive line with senior Week 1 and 2 starter Jaisyn House eventually spelling Parker at right guard for much of the second half against Winnetonka.

“The coaches really preach being able to fit in any spot, so if one guy goes out, which is unfortunate for Braden, but if one guy comes out we can really slide in anyone we want,” Nicholson said. “And the chemistry is really good right now.”

Nate Walls becomes the obvious answer for Platte County at running back, but his use in the backfield takes him away from the wide receiver duties he handled as more of a dual threat in the first three weeks. With Wimberly and Magnuson limited to just one catch apiece, Salzman also managed only two catches for 28 yards with the 23-yard touchdown on essentially a counter run play where Parson flipped the ball forward. The Pirates have become accustomed to a high-powered passing offense for the past couple of decades but could have limited options moving forward depending on the health of Rhoden, who went for more than 100 yards in each of the first two games of the season thanks to a highlight-reel, 90-plus-yard touchdown in each performance.

“We want to be healthy,” Utz said. “Ben’s been nursing a shoulder for a couple of weeks, probably needs a couple of weeks to get completely healed up. Cole getting a little tweaked there, we have to see what that’s about. He’s a weapon not only on offense but kicking the ball, and we need to keep him protected.”

Platte County could take some time to recover and test depth in the final two weeks of the regular season against Raytown South (0-6, 0-3) and Lansing (2-4 and on a 3-game losing streak with unbeaten Basehor-Linwood on tap this Friday). The Pirates’ loss three weeks ago to Smithville essentially ended pursuit of a fourth straight Blue Division title even if they win on the road at Raytown South on Friday. The Warriors would have to suffer one or more incredibly unlikely losses to winless Ruskin and Winnetonka in the final two weeks to potentially give away the outright crown.

Platte County earned the No. 1 seed and won its district each of the past two seasons on the way to Show-Me Bowl berths in Class 4 (2019) and Class 5 (2020). The Pirates have finished as state runnerup both years. 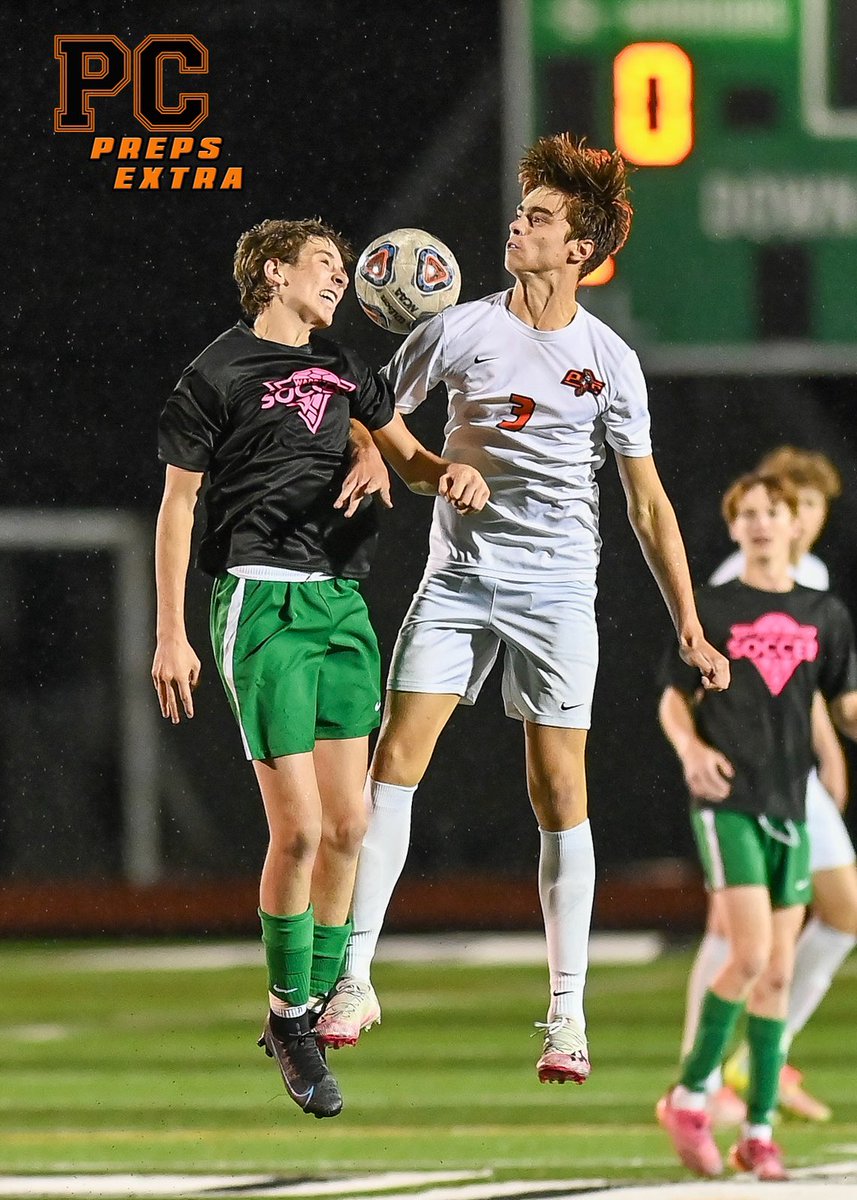 .@_PCVB_ senior @EmersonWalter5 put up 42 assists in a 4-set win over Smithville on Tuesday. She talked afterward about contributing at the net, finding out about the Pirates' long conference win streak (sorry!), and bouncing back after losing the 3rd set: 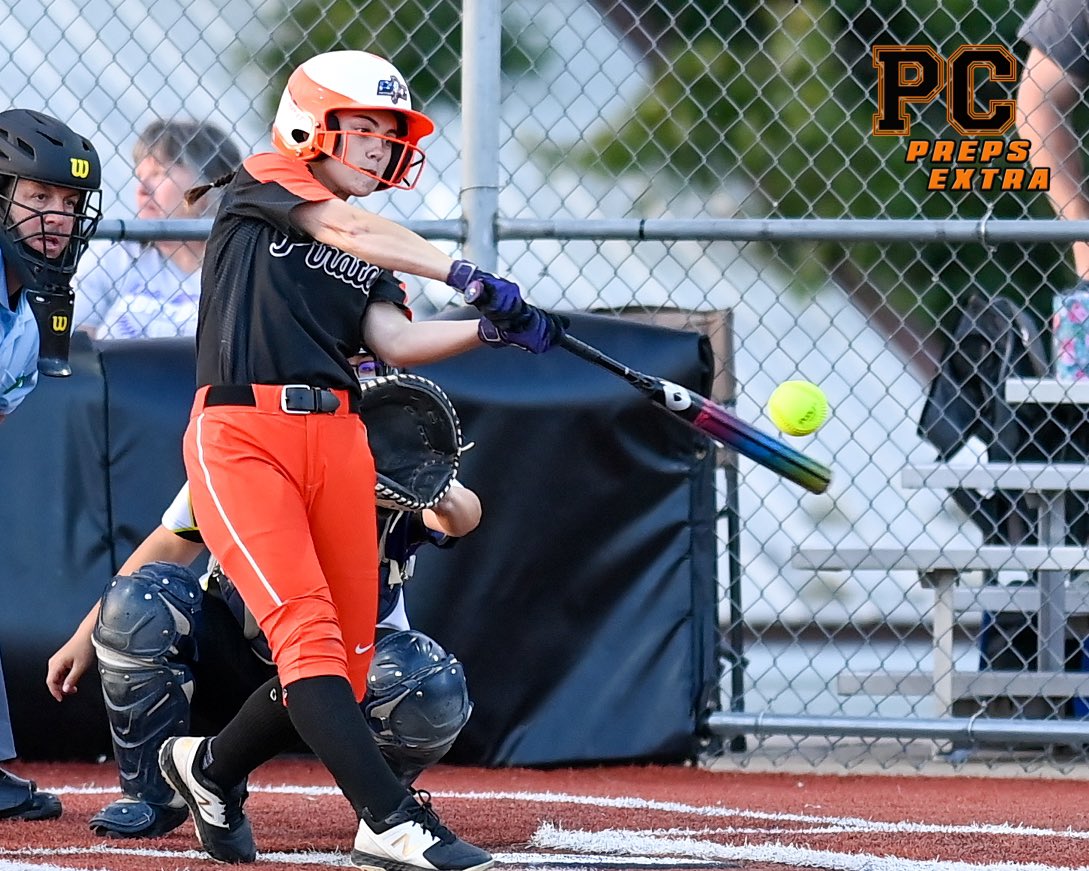 .@PCGOLFTEAM's doesn't get to take all 5, but @Edenshipp, @baileysilcott, @lilyrickettss, @Ellalingreen have the Pirates back at state as a team in new setup after claiming an auto berth as C3D4 runnerup. Now, those 4 will chase some history. Read more: