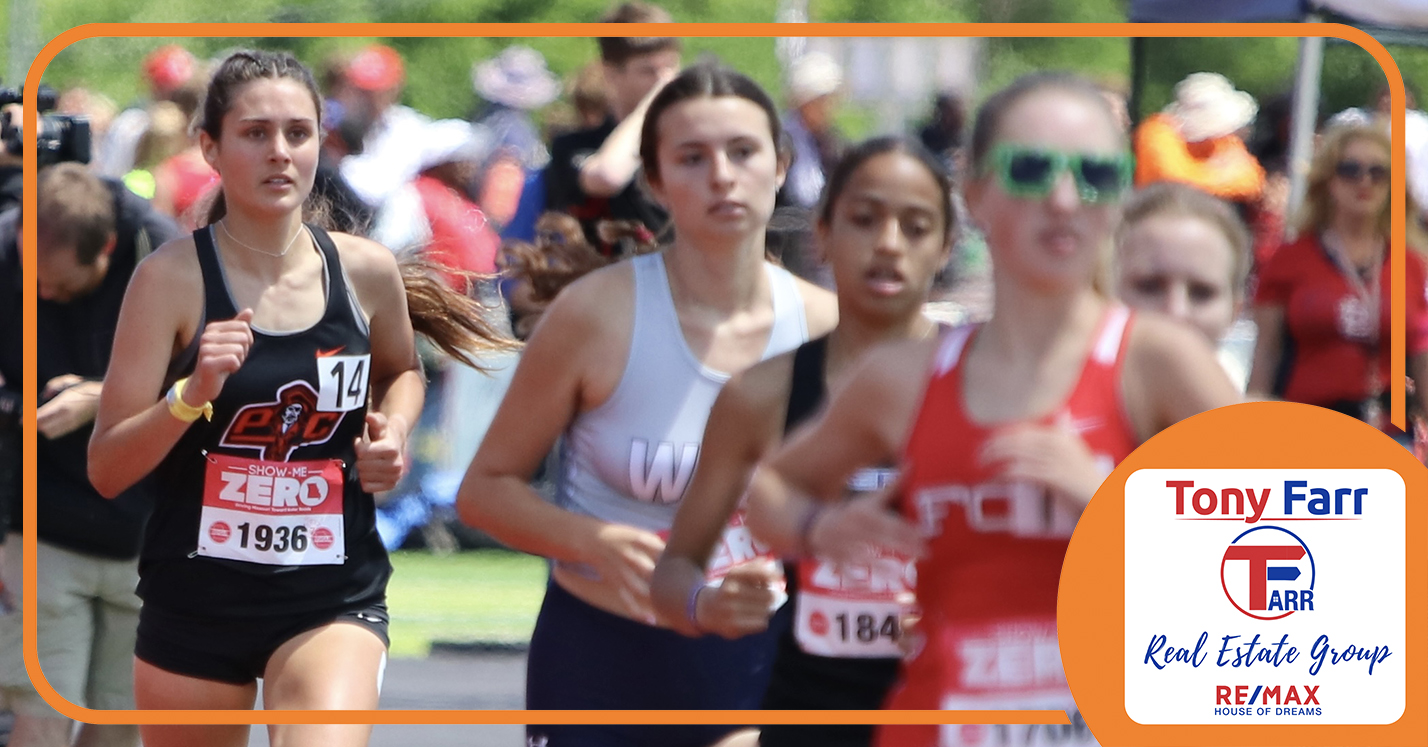 JEFFERSON CITY, Mo. — An otherwise superlative season for Platte County ended without a medal in the Class 5 Missouri State Track and Field Championships over the weekend, highlighting the competition difference for the Pirates in leveling up.

Coming off a fourth-place finish and the first team trophy in program history in 2021, Platte County returned a strong core of contributors with high-end team potential but ended up moving to Class 5 and into the state’s largest tier for the first time in program history. The Pirates ended up qualifying five events out of Sectional 4, didn’t have a top-eight finisher but will still bring back multiple athletes with more state experience and Class 4 state medals to their credit.

In her second season, Mitchell developed into a long-distance specialist following a breakout, all-state cross country season that changed her outlook. She ran the second leg on the Pirates’ fifth-place 4×800 relay as a freshman before switching to longer individual races as a sophomore.

Mitchell captured the Class 5 District 8 titles in the 1,600 and 3,200 and came in as runnerup in both events a week earlier at Sectional 4.

Flashing the potential to continue lowering her PRs coming into state, Mitchell never looked comfortable during Friday’s 1,600. She slipped toward the back of the pack early in the race and never made a charge, finishing 16th in 5 minutes, 36.87 seconds, more than 14 seconds off her season-best from the Suburban Conference Blue Division Championships early in the month.

Mitchell came back for the 3,200 on Saturday and fared better but eventually locked into the 13th spot out of 15 in the field and posting a 12:02.47. Her PR came at Sectional 4 at 11:36.97, but state marked just her fifth race at that distance as she continues to build experience in race strategy and execution.

Pickett also went to state in a new discipline and ended up placing 12th in Saturday’s triple jump preliminaries and not making the cut to nine finalists. In Class 4 as a debuting sophomore due to the 2020 season’s cancelation as a result of COVID-19, she placed sixth at state in the long jump and qualified in the high jump and has now made the field in three different events.

Like Mitchell, Pickett notched District 8 championships in two events (long jump and triple jump) this season and qualified for Sectional 4 in a third (high jump). She finished fourth a week earlier to take the last state spot in the event she didn’t start competing in until March of this year.

Pickett fouled on her first of three attempts and then went 10.60 meters and 10.42 meters with the longer of the two putting her just 4 centimeters off of ninth and the chance to earn three more attempts. She continued to chase the 10.88 meters effort from her very first triple jump competition that leaves her 3 centimeters away from Chandrika Brewton’s school record of 10.91 from 2008.

Mitchell would have needed to substantially improve her PRs to medal, while Pickett’s PR mark would have put her eighth.

In a unique quirk, the Class 5 pole vault competition on Saturday included the defending Class 4 and Class 5 champions in the event. Sullivan became just the third individual state champion — and first in a field event — in Platte County history as a junior, beating graduated teammate Abbie Schwieder in a tiebreaker, while Libery’s Rachel Homoly won as a sophomore in the largest classification.

Homoly, a junior, defended her title with a Class 5 record vault of 4.27 meters, but Sullivan ended up well off her PR of 3.51 meters and didn’t climb to her season-best of 3.40 meters. Committed to Oklahoma Baptist, she went through a shortened competition season after suffering a concussion in the first meet of the year that kept her out about a month.

Sullivan missed on her first attempt at 3.05 meters before clearing but missed three times at 3.20 meters to end up tied for 12th. She finished her career as a three-time state qualifier in the event — first in Class 5 as a freshman at Park Hill South before the canceled 2020 season and then her Class 4 state title and Class 5 qualifying campaigns with the Pirates.

During those three years, Sullivan spent time as the school-record holder for both Park Hill South and Platte County at one point with both marks since surpassed. Schwieder maintains the Pirates’ record at 3.53 meters.

The 4×200 didn’t go as low as its qualifying time from District 8 but sneaked into the top four while running the Mand-Smith-Davey-McBratney lineup for just the third time this season. The Pirates came in fourth at 1:48.34 with McBratney’s anchor leg helping to fend off Park Hill in what ended up only a seven-team field.

Platte County’s season-best in the 4×200 sits at 1:46.79 came with Mand, Smith, Davey and McBratney in a runnerup finish at District 8. They are just off of last year’s sixth-place Class 4 state team

Platte County sent three relays to Sectional 4 but only one ended up competing at state.

The 4×200 placed fourth a week earlier to claim a spot while utilizing soccer-first seniors Riley Smith and Triton Davey down the stretch to bolster the quartet. They combined with junior lead leg Hannah Mand and senior anchor leg Molly McBratney to run 1:48.45 in Friday’s second of two preliminaries in the event — almost identical to the 1:48.34 time from a week earlier while placing fourth at Sectional 4.

Mand, Smith, Davey and McBratney only ran together four times this season with a PR of 1:46.79 at District 8.

McBratney and Smith were on Platte County’s sixth-place 4×200 state relay in Class 4 a year earlier, while Mand and Smith were on the school-record 4×100 in 2021 that just missed a state medal. Smith also qualified for state in the 100 as a junior while also splitting time between two sports.

Davey participated in track for the first time during her high school career.