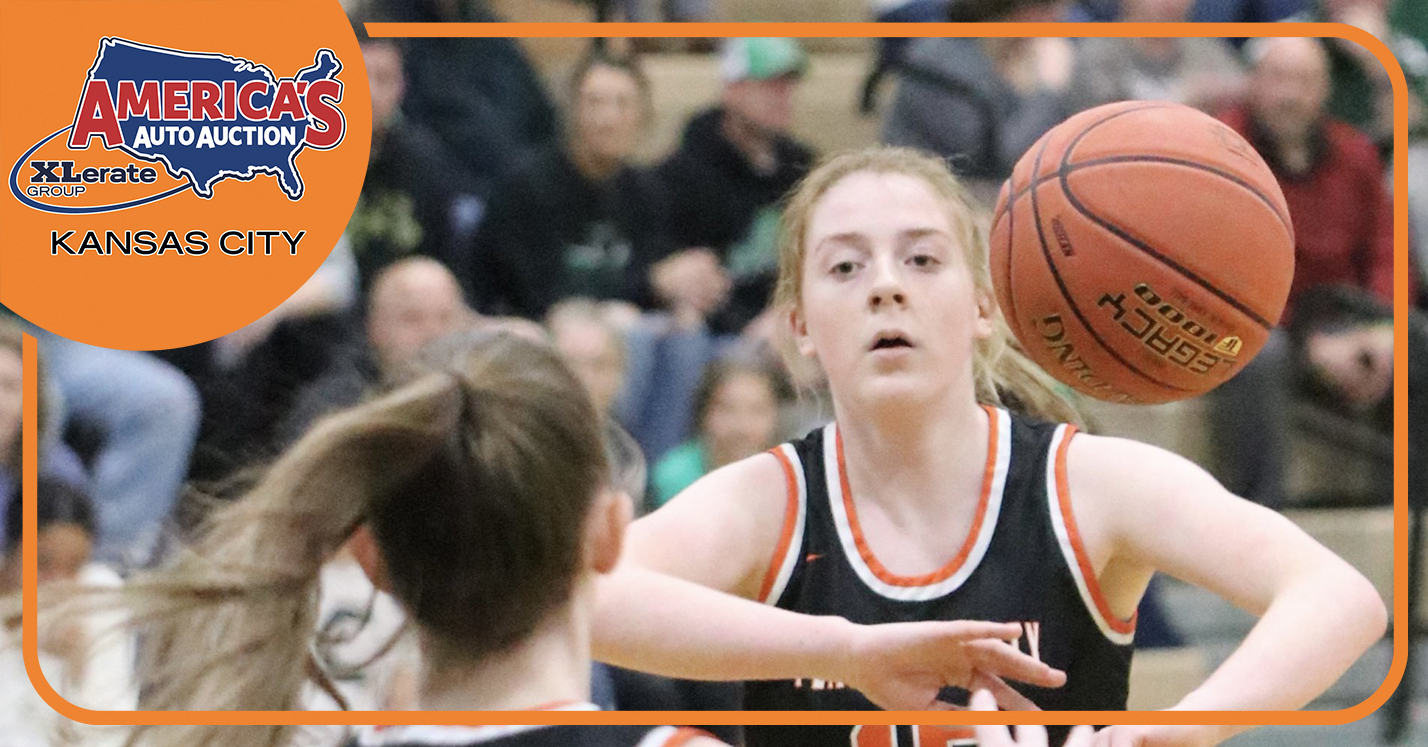 Even as another difficult season wrapped up, a new era was already on the horizon.

Rebecca Mills announced her pending resignation as head coach well before Platte County’s loss in the opening round of the Class 5 District 8 tournament. The Pirates finished a third straight season with a losing record, and the next leader ended up being in-house.

Platte County tabbed assistant Eric Mitchell for his first head coaching gig, thanks in large part to his proven leadership track record. He currently serves as the defensive coordinator for the Pirates football team, among a lengthy list of credentials.

The rebuilt roster of coaches will have plenty of experience players to build around looking for Platte County’s first winning record since going 14-11 in Stubbs’ final season (2018-2019). The Pirates must replace the production of a pair of senior starters — Kiersten Robbins and Amaira Peterson — from last year’s 8-15 finish. The majority of their success came thanks to the Suburban Conference Blue Division mark of 5-7, which included ending a long losing streak to rival Kearney.

However, Platte County finished fifth out of seven teams, and while the Kearney victory started the longest win streak of the season (three games), the Pirates closed 1-5 and bowed out without a postseason victory.

Robbins (4.8 points and rebounds per game) and Peterson (5.6 points, 4.7 rebounds per game after leading Platte County in scoring as a junior) spent much of the past two years as top scoring options but seemingly never produced on the same night. Hupp emerged as an undersized but tough post presence, while Stewart provides a streaky outside shooting presence. Pickett is a top defensive option yet to unlock scoring potential, while Doole and Barlow split point guard duties last season.

Now, the new coaching staff must look at how to best deploy these pieces.

“Our staff consists of some very experienced and young coaches that offer different
perspectives for our players to learn from,” Mitchell said. “It has been fun to watch our coaches working to interject energy into our practices. We have been working hard to install some new concepts and create the culture of our team.”

Part of the challenge will be figuring out how deep to go with the lineup combinations.

In addition to returning starters, Platte County returns senior forward Mackenzie Shielders (1.9 points, 1.4 rebounds per game in increasingly limited minutes down the stretch as a junior) and sophomore guard/forward Lauren Stone, who at times looked like an intriguingly versatile scoring option. She poured in 16 points in a December loss to Lafayette while the Pirates were dealing with absences due to illness but ended up averaging 2.5 points and 2.3 rebounds per game as a mostly deep bench option in the second half of the season.

Mitchell also noted the addition of freshman Addy Ayers and junior Delaney Childers as part of the potential guard rotation, especially with Childers’ ability to guard a wide range of opposing players. Platte County also brings back more experienced sophomore forward Addy Schlake with some much needed height plus the unexpected emergence of sophomore Haley Schank, who didn’t to play last season but has been a pleasant surprise in early practices.

“(We want) to continue to see consistent improvement throughout the season,” Mitchell said. “We need to stay healthy and gain some positive minutes from our newcomers. We want to see our team play with intensity, effort and compete on every possession.”

Platte County showed flashes under Mills but rarely put together lengthy winning stretches in wake of Stubbs’ retirement. Last season saw the promising three-game winning streak give way to a disappointment conclusion. Barlow did not play in the district opener at home vs. Van Horn for the fourth-seeded Pirates after ongoing a surgical procedure on her ear the day before the game. Hupp then went down with a right ankle injury early in the second quarter and spent the remainder of the game on the end of the bench with her lower leg iced and elevated.

Van Horn ended up holding off a late charge for a minor upset and bringing a difficult end to the careers for Robbins and Peterson. Platte County’s new era starts Tuesday at home vs. Savannah before going into the Winnetonka Invitational after the holiday break. The Pirates will have a much more abbreviated conference schedule with a move up the White Division, which includes preseason favorite Grain Valley and Division I-bound standout Grace Slaughter.

However, Raytown, William Chrisman and Belton should offer a chance for Platte County to again earn league wins while expanding the non conference schedule.