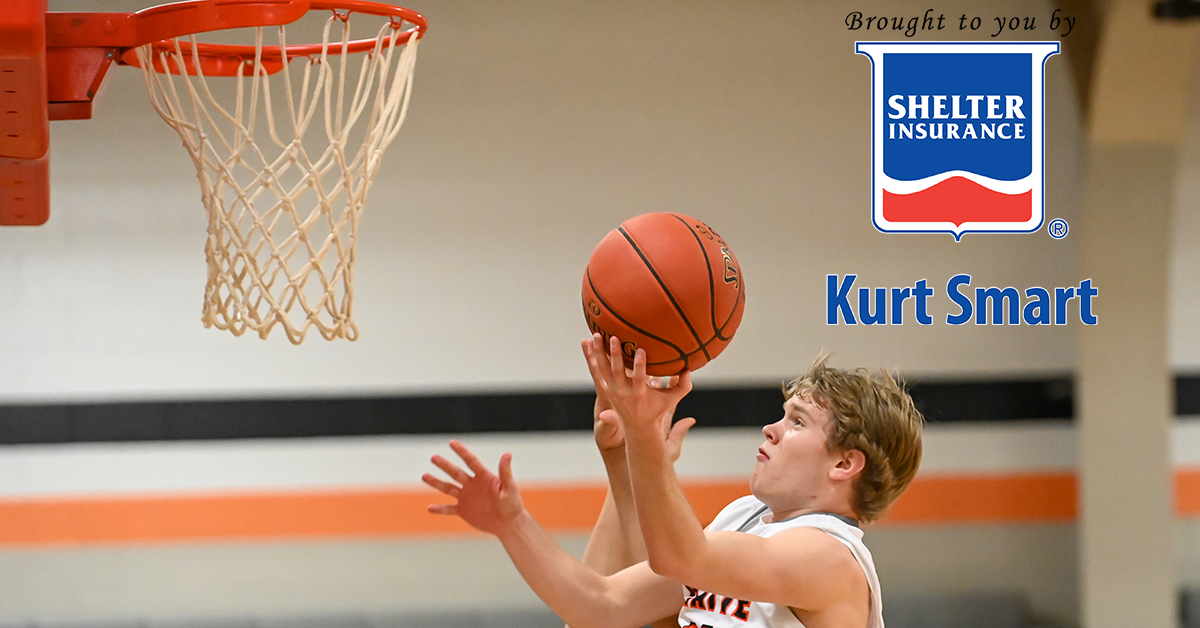 Raytown South junior Desman Bowls tried to close out late but couldn’t reach the perimeter in time, opting instead to holler out, “He can’t shoot.”

Platte County pulled away from there for a 72-57 victory that kept the Pirates unbeaten. Burnett’s 3 stopped a 15-0 Raytown South run that whittled a comfortable lead to just one and started a 10-0 response in opening the segment of the fourth quarter.

“I came out with a lot of confidence,” said Burnett, who scored 15 of his team-high 17 points in the second half and 11 in the fourth quarter. “I started out not shooting the ball well, and you know, I just wanted to let it fly. I felt great; I felt confident.”

Platte County (8-0, 3-0 Blue Division) received 17 points from Burnett and 16 more from junior guard Jace Trimble, as the roster depth showed again. The Pirates have bolted out to one of the best starts in program history and ranked No. 4 in the first Class 5 poll from the Missouri Basketball Coaches Association.

The last Platte County team to garner this type of ranking was the 2004-2005 team that went 26-2 and lost in the Class 4 quarterfinals. The Pirates moved up to Class 5 this season with the state’s addition of a sixth classification.

“It’s cliché; I know it’s cliché and people can roll their eyes but it’s one game a time,” said Platte County coach Rick Hodge, nearing two decades at the helm. “The kids are confident, and they’re playing confident right now and so what we keep talking to them is, it’s cliché, but one game at a time because everybody that you play wants to be the first team to knock you off.

“Everybody knows your record, and everybody sees the poll. They see that stuff so now you’re starting to feel what it’s like to be the hunted.”

Platte County showed the necessary fortitude in its past three games, starting with a critical win over conference powerhouse Grandview before a lengthy holiday break. The Pirates then beat Ruskin on Tuesday in a thriller before stamping out Raytown South’s comeback attempt just two days later.

Trimble keyed a 15-4 run out of halftime to turn a three-point lead into a 50-34 advantage with just over 2 minutes left in the third quarter.

Platte County junior guard Jarett Mueller converted a three-point play right out of the break, and Trimble hit a left corner 3-pointer to make it 41-34. The lead was at eight when Hodge called for an out-of-bounds play under the basket that used a back pick to set up senior forward Joey Schultz for an easy layup.

Trimble then stole a lazy inbounds pass for a layup to make it 46-34.

“Those are the type of plays that we need in the game; we need those little spurts that get us up — it’s what helps keep the momentum going,” said Trimble, who scored seven in the third quarter.

A timeout from Raytown South didn’t slow the momentum, and Trimble dove on the floor for a steal that led to a runout layup for Burnett. After the Cardinals were called for a charging foul on the next possession, Platte County senior guard Alex McClure made a layup while drawing a foul in traffic to extend the lead to 50-34. He missed the free throw on a potential three-point play opportunity, but the Cardinals were on the brink.

However, Raytown South responded with a 9-0 run, and Bowls missed two free throws with 1.3 seconds left on the clock. Platte County’s scoring drought ended up going for over 4 minutes, and a 3-pointer from Cardinals guard Shawndale Ross early in the fourth quarter capped the 15-0 run and made it 50-49.

“Tonight I was disappointed, and I talked to them about that with the consistency when we opened up the rotation,” Hodge said. “But that hasn’t been a problem this year. I have a lot of confidence with the kids we put on the floor. We are deep; we’re still deep, and we utilize that depth.

“That’s part of the reason we’re making these runs late in the fourth quarter, too, because of what the bench gives us.”

The last run came immediately after the biggest scare.

The resulting free throw on the four-point play made it a lightning quick 10-0 run and a 60-49 lead with just 3 minutes, 1 second left on the clock. Raytown South briefly closed back within single digits but wouldn’t get closer than nine the rest of the way.

“It started with our defense,” Burnett said. “We’ve got a lot of guys on this team that can defend players well and play all positions — guard all five positions.

“In transition, we’ve got a lot of quick guys. We like to get the steal, get the blocked shots, just run the floor.”

Eight players scored for Platte County, while Raytown South relied on Ross (20), Bowls (13) and senior Ja’Corey Thompsons (13) for the majority of the offense.

Mueller hit a 3 on Platte County’s opening possession, and Schultz followed with a three-point play to make it 6-0. Bowls scored 12 in the first quarter and helped craft a quick six-point response for the Cardinals that set up the back-and-forth nature of the first half.

There were ties at 6-6, 8-8 and 10-10 with Mueller scoring seven of his 12 points and junior forward Brody Fulk adding all six of his points in the first quarter. Bowls hit a jumper as time expired in the opening frame to give the Cardinals a 19-16 lead.

Platte County trailed by as much as five in the second quarter but received a key four points from sophomore forward Chandavian Bradley off the bench. A 3 from Trimble gave Platte County the lead for good at 27-25 in the middle of a 9-0 run, and by halftime, the Pirates were up 31-28.

“It’s not always going to look pretty,” Hodge said. “It’s high school basketball; the kids are still young, but you’re just trying to limit the mistakes, reduce the mistake from game to game and kind of let them do their thing.

“And as long as their decision-making and sharing stays at a high level, I think we’re difficult to guard.”

Schultz finished with 13 points and was 5-for-8 on free throws to give Platte County four double-figure scorers. McClure finished with four, while senior reserve guard Daunte Alaiwat added two on a second quarter jumper. The Pirates will have a tough task to stay unbeaten this week in a six-team Bulldog Classic bracket in Kearney. They open with Kansas City Southeast and a win Tuesday would put them up against Blue Springs in the semifinal with Kearney, North Kansas City and Lafayette on the other side of the bracket.

Schultz hit a go-ahead layup with 35 seconds left in regulation, and after a blocked shot at the other end, McClure hit two free throws in the closing seconds to ice a win Tuesday at Platte County High School.

The game was the first for Platte County since well before Christmas and looked in control up 57-48 going to the fourth quarter. However, Ruskin fought back to take a 71-68 lead with 1:52 to go, but the Pirates closed on a 6-0 run behind Schultz’s big effort. He also blocked the Eagles’ shot attempt while down one with about 7 seconds left to go.