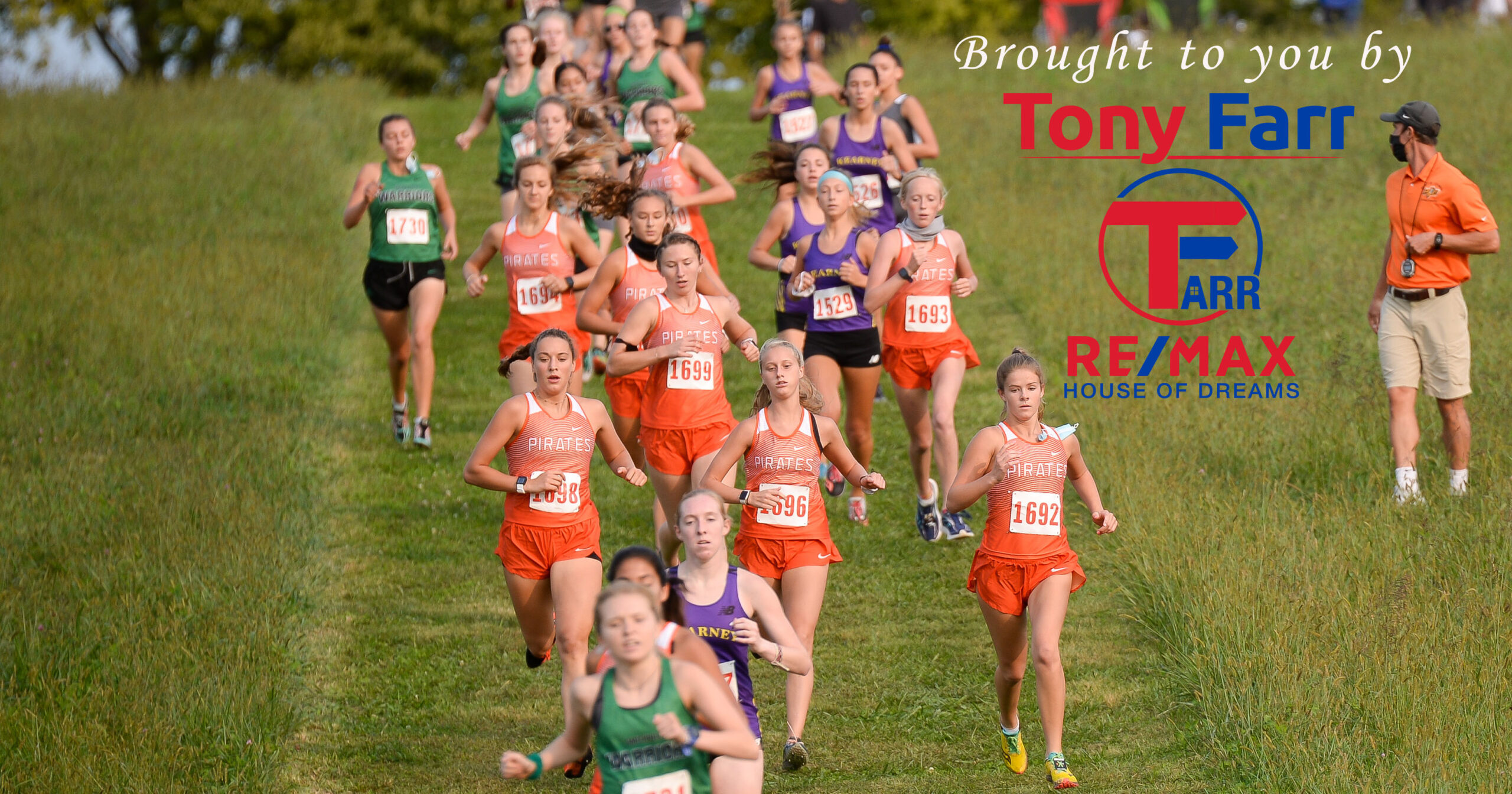 An infusion of youth bolstered the Platte County girls early in the season, but the seniors have caught up and showed why the Pirates’ biggest strength might be its depth.

Platte County seniors Maddie Klippenstein and Jenna Jurgensmeyer led the way in Wednesday’s Platte County Invitational at Platte Ridge Park, placing back-to-back in fifth and sixth. Injuries hampered the start of the season for two of the Pirates’ top returners, but the pieces appear to be coming together for a potentially special season.

“This was a big race for both of them” Platte County veteran coach Chris Stubbs said. “Their training this week was hard, and for both of them to come out and run like this? On this course? I’m very pleased.”

Klippenstein had her strongest race of the season Wednesday, finishing in 21 minutes, 7.3 seconds, and Jurgensmeyer was close behind in 21:16.9. Doole finished in 16th and just missed a sub-22-minute race, and the trio was the biggest part of a third-place team finish out 13.

Platte County had a team total of 64 to finish behind St. Teresa’s Academy (32) and Smithville (54), which had runaway race winner Olivia Littleton (19:16.8). The Pirates might not have expected that order of finish but only because so many runners are still rounding into form.

Gentilia, who led Platte County in the first race of the season, had an “off day,” but still finished 27th — the fifth and final piece of the team score. She was four spots back of senior Kaylee Major and her personal-best time of 22:29.5, which was good enough for 23rd.

Platte County also had junior Haley Brunner, senior Abbie Schwieder, senior Ryanne Rhude and freshman Alex Beerman between 31st and 35th to further show the depth. Taylor Giger, a senior and the Pirates’ top expected returner, has yet to compete in a varsity race this season due to injury, and Rhude has also been slowed in recent weeks, meaning the competition to be in the top seven will be stiff if the roster ever gets to full strength this season.

“This girls team is very, very deep,” Stubbs said. “Including our runoff, this is our fourth competition, and we haven’t had the same order of finish yet. Injuries and the age of COVID, you never know what’s going to happen. It’s phenomenal to have all this talent.”

Platte County’s boys came in second on its home course behind a career-best day for junior Andrew Early, who placed third in a field of 206 runners at 17:30.5. With starts staggered to limit the number of runners bunched together, not all top competitors competed at the same time.

However, the quality of Early’s performance was evident when he came down the finishing stretch well ahead of the other runners in his pod.

“I was thinking, ‘OK, Andrew, you might have gone out a little bit too fast,’” said Platte County senior Blake Bjustrom, who led the Pirates in each of the first three competitions of the season that included his individual victory in the Bronze Division of the Tim Nixon Invitational. “But when we got past our hill and he just kept that lead, I knew he was going to bring it all the way home. I’m just really proud of him; I’m proud of the runner he’s grown into; I’m proud of the young man that he’s becoming.

“I don’t think there’s anybody I’d rather lose to.”

Bjustrom attempted to close on his teammate in the final stretch but came in at 17:32.7 — good enough fifth and another medal in his breakout season. Platte County’s pair of top-five runners set the pace for a team total of 77 that put the Pirates just 13 back of team champion Smithville in a field of 24 teams.

Platte County’s final three counting scores came from junior Jace Trimble (17th), senior Andrew Plymell (21st) and junior Anthony Talley (31st). The Pirates only raced against Grandview, Kearney, Smithville and Benton in its portion of the race, and the COVID-related adjustments make it tougher for runners to gauge places and forcing them to rely more on times.

“I just don’t think about it,” Bjustrom said. “Whatever happens happens. There’s no way to be prepared for it this year so you’ve just got to roll with the punches.”

Platte County still looks well positioned for the stretch run of the season based on results and roster. However, the Pirates and the rest of the state continue to wait on the state’s release of classifications and districts for the season.

With the addition of a fifth class, Platte County expects to no longer be one of the smallest teams in the largest classification. The depth of the girls squad an the rapid development of a boys team forced to replace lone state qualifier Matthew Sullivan make confidence high regardless of placement.

“We feel like we have a very good shot with the depth that we have (on the girls side). It’s just try to maintain,” Stubbs said. “Boys? I think we’re shocking people. I think a lot of people kind of counted us out; I think they thought we wouldn’t be very good, and we’re surprising them.”

Platte County saw stiff competition in one of the biggest regular season meets on the schedule, but saw 32 of 34 total runners set a personal best last Saturday.

The girls relied mostly on their more experienced runners, while Gentilia continued the strong start to her freshman season, placing 57th in 21:53.80. The next three finishers were all seniors — Jurgensmeyer (59th), Klippenstein (64th) and Rhude (67th). Doole, the other star freshman, rounded out the team score, finishing 75th.

Platte County was 11th out of 21 teams with a score of 294, just four back of 10th place Lee’s Summit North. There were 179 individual runners.

On the boys side, Platte County came in 18th out 23 with a 449. Bjustrom entered off his individual victory in the Bronze Division of the Tim Nixon Invitational, and again led the Pirates. He placed 46th out of more than 200 in a time of 17:28.10.