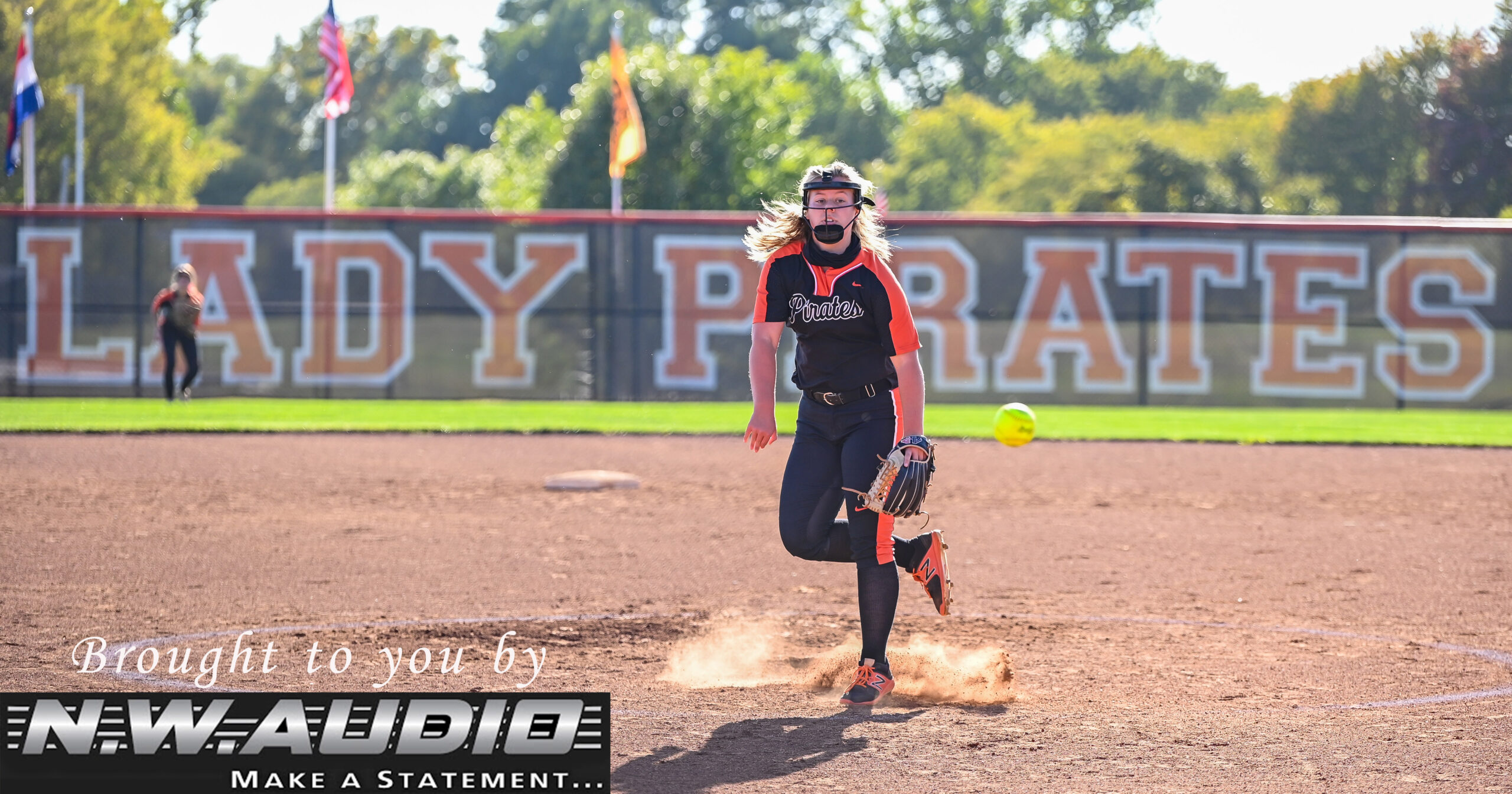 Platte County’s power surge continued to close out the regular season, and the Pirates will enter the Class 4 District 8 tournament as winners of 12 straight and with the No. 1 seed.

Since losing to Smithville in early September, Platte County has not lost again, avenged the defeat to Smithville and topped Kearney twice. The second win over Kearney was an 11-1 six-inning run-rule blowout that locked up the top seed in the new postseason format and secured at least a share of the Suburban Conference Blue Division title.

As of now, Smithville would still have to beat Ruskin in a game scheduled for after districts to cinch their half but that appears to be just a formality at this point.

Platte County will be seeking its first district title since 2014 in Class 3 when the current six seniors — Emma Koeneke, Hayden Humes, Ana Cesaro, Maddie Carter, Grace Heater and Halle Magee — were early in middle school. The Pirates receive a first-round bye and will play in the semifinals on Wednesday against the winner between No. 4 St. Joseph Lafayette (11-7) or Excelsior Springs (6-11). The championship game is scheduled for 5 p.m. at Friday with all games at Smithville High School.

Without a second win against Kearney, Platte County might’ve been in a bigger fight with Smithville for the top seed.

Platte County sophomore first baseman TK Lawson had an RBI double to score Magee in the first, and Magee hit a three-run home run — her fifth of the season — in the second to start the rout. Kearney

managed just five hits against Koeneke, who struck out 10, and two of those came on back-to-back at-bats to start the bottom of the sixth. A triple and a double from Kearney made it 11-1, but Koeneke came back with back-to-back strikeouts to help her get out of the jam and keep the game from going the full seven innings.

Platte County would likely see Kearney or Smithville for a third time in a Class 4 District 8 scenario. The Pirates last won a district title game over Excelsior Springs in 2014 on the way to a state runner-up finish. They have been in the district title game in four of five years since but have gone 0-4 in those games, losing to Smithville in 2015, 2016 and 2017 and to Park Hill in Class 4 District 16 last year before the state increased the number of classifications to five starting with this season.

The Pirates took a break from Blue Division play and knocked off a potential district semifinal foe at home on Tuesday.

Koeneke struck out and allowed only four hits and two walks in a shutout effort, and Platte County broke a scoreless tie with two runs in the bottom of the fourth. Singles from Lawson and Koeneke started the inning, and freshman courtesy runner Emma Reed tagged up and scored on sophomore Jules Knudsen’s popout.

With two outs, Cesaro then singled in sophomore Demi Riechers, who had reached on the error. Cesaro added an RBI groundout in the sixth to score Riechers again to make it 3-0, and Koeneke made the lead stand up.

The Pirates overcame a 4-3 deficit with big sixth and seventh innings to win a Blue Division contest Monday in Raytown, Mo.

Magee continued her hot hitting and power surge, going 3-for-5 from the leadoff spot with her fifth home run of the season plus a double. She scored three runs and drove in two, while Riechers had three RBIs in a 2-for-4 night that included her first home run.

Carter went 3-for-3 with a walk and three runs, while Heater finished 3-for-4 with two doubles and a triple. Heater also drove in three.

Despite the offense, Platte County fell behind 4-3 after Raytown South scored a pair of runs in the bottom of the third. The Pirates had led 2-0 on RBI singles from sophomore TK Lawson and Riechers in the first but immediately gave up two.

Platte County didn’t trail for long with two runs in the top of the fourth, and the Pirates went ahead 7-4 in the sixth on a two-run double from Heater. Riechers made it 9-4 two batters later with a two-out, inside-the-park home run to left field.

In the seventh, Magee also had a two-run, inside the park home run for the final runs.