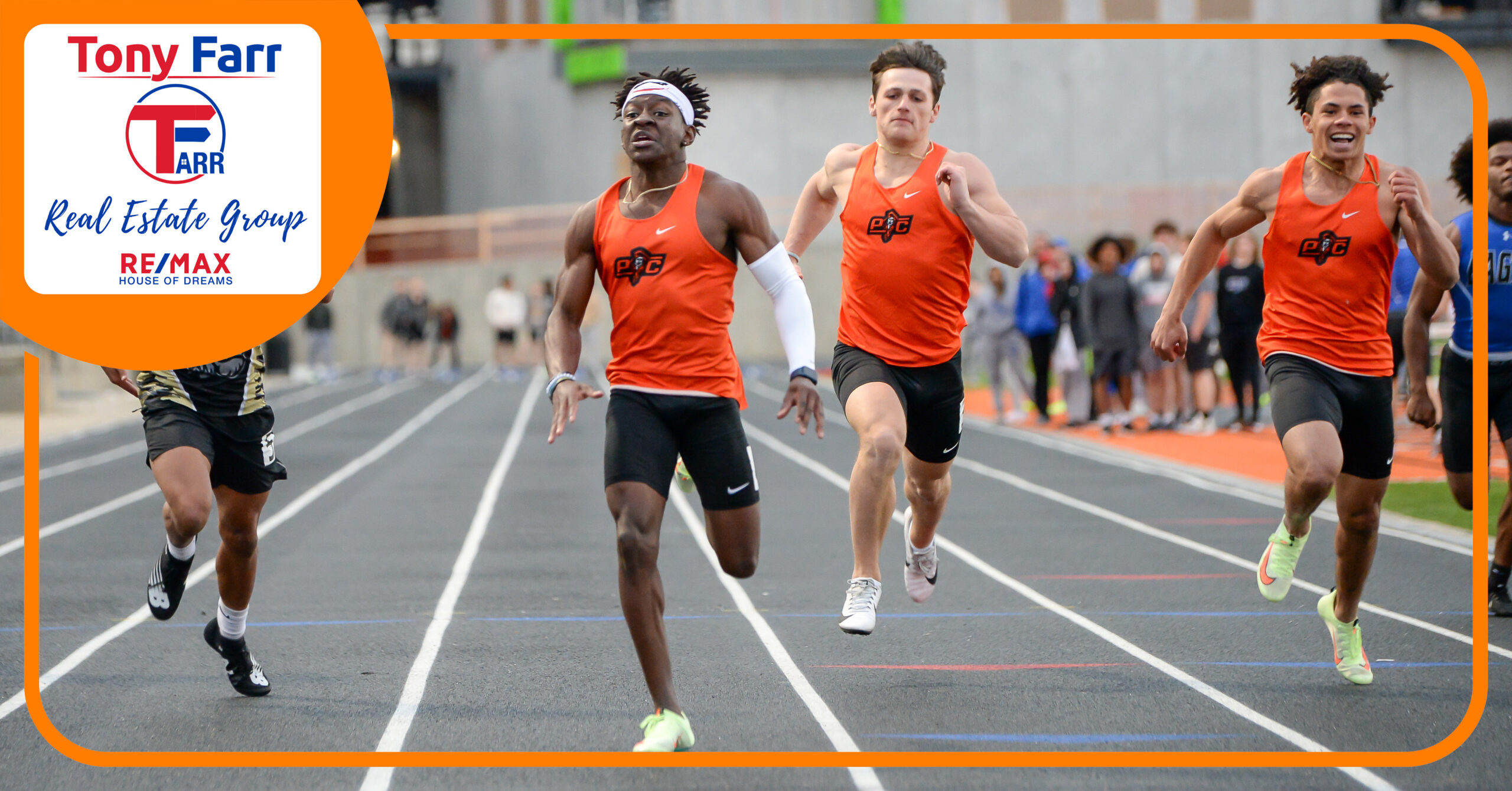 Still, Platte County received an initial look at a deep but rebuilding roster at Pirate Stadium. Some familiar faces put up standout performances while a few new faces made notable contributions with most of the roster able to set times and distances.

Platte County sophomore Connor Currence recorded one of four victories and perhaps providing a glimpse of his potential. Mostly known for his role in soccer so far, Currence won the 1,600-meter in in 4 minutes, 56.11 seconds, notably finishing ahead of sophomore Andrew Johnson, an all-district and two Class 4 Missouri State Cross Country Championships qualifier.

While relays weren’t a part of the slate, Platte County’s distance 4×800 team could be set to reload. Andrew Early, a senior standout and returning state qualifier in the 3,200, won the 800 in 2:09.83 ahead of junior teammate Ryan McCoy (2:10.15). Both were late additions to last year’s Class 4 Missouri State Track and Field Championships qualifying team with Early installed as the anchor at sectionals and McCoy thrust into the quartet at state.

Similarly, Platte County showed depth in the sprints with senior Victor Sewankambo leading a pack of Pirates in the fast heat. He won in 11.74 with junior Garrett Smith, now dedicated to track and field after splitting time with baseball as a sophomore, second in 11.99.

Platte County junior Cameron Wolfe, who spent last season with the throwers, placed second in the 200 (25.10) with senior Cole Rhoden (25.25) right behind. Another runnerup finish came from junior Dominic Spears in the 110 hurdles with senior team leader Chandler Steinmeir not running. Spears finished in 17.48 and technically tied with Excelsior Springs’ Gavin Wilmes, but the two ran in different heats.

Rhoden also won the long jump in the slick and adverse conditions at 5.41 meters. He qualified for Sectional 4 in the event a year ago but missed the state cut.

Platte County swept the jumping events thanks to junior Andy McClure in the triple jump (11.20) with freshman teammate Caden McGhee second at 11.18.

Platte County turned in a slew of personal records in a difficult early-season field Friday in Liberty. The Pirates scored just 15 points and placed 17th out of 18 teams but still ended up with some definitive highlights.

Sewankambo set a personal-best in the 100 at 11.28 seconds but only managed to finish just inside of the top 10 in an extremely fast set of races, while junior Bryan Jennings was 13th in the 400 but also posted his best career time at 55.70. Early came in 11th in the 1,600 at 4:45.89 in his first time at that distance this season, while Johnson stretched out for the 3,200 and posted a career-best 10:33.29, good for 19th and more than 7 seconds faster than the previous mark he posted in last season’s Suburban Conference Blue Division Championships.

Platte County’s top performance came in the 4×100 with three members of last year’s school-record-setting group in the lineup. Sewankambo, Smith and senior Trevor Scott combined with senior Cole Rhoden to go 44.15 and place fifth. The 4×200 group of Rhoden, Scott, Wolfe and junior Nate Walls, transfer from Park Hill, placed sixth at 1:36.07 for another medal-winning performance. The Pirates’ 4×800 of Early, McCoy, Currence and senior Jace Trimble was eighth at 8:49.14.