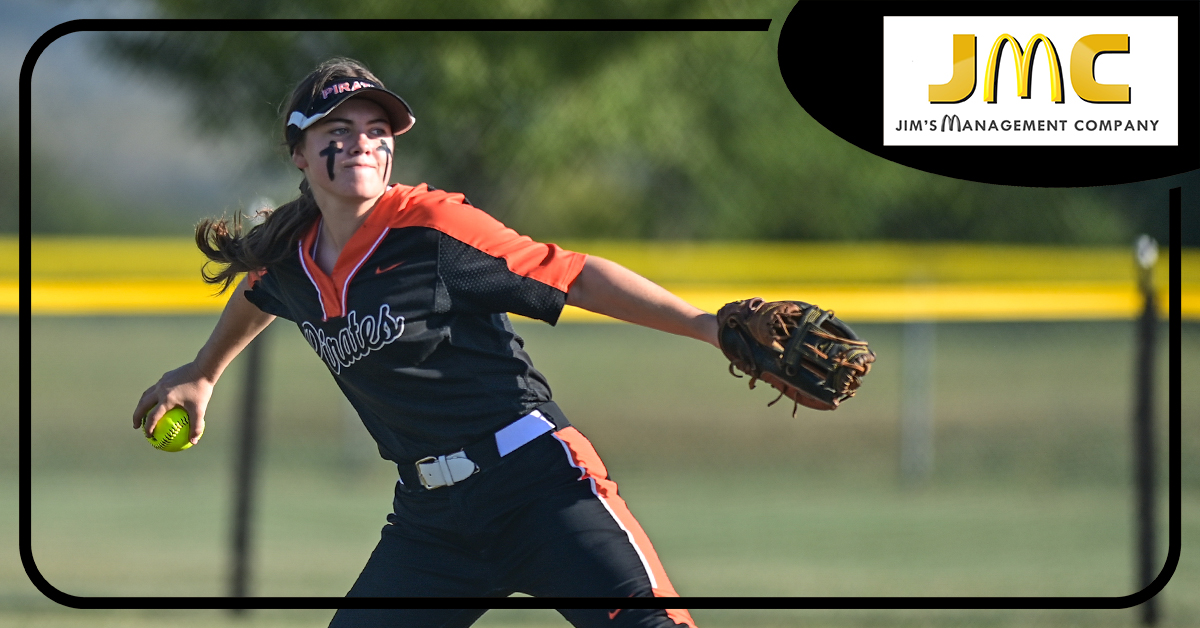 Platte County has proved almost no run deficit is too large with this year’s offense. However, the Pirates have occasionally shown that no lead is safe either.

In what turned into a wild and decisive Suburban Conference Blue Division matchup Tuesday, Platte County and Smithville exchanged stretches of nine unanswered runs at Platte Ridge Park. In the end, Smithville’s nine-run top of the sixth made the difference in a 12-10 victory that ultimately gave the Warriors full control of the conference title race.

Platte County overcame an early 3-1 deficit and plated six in the bottom of the fourth to take a 10-3 lead. The Pirates would end up using junior starting pitcher Mackenzie Shields and senior Chloe Helmer and sophomore Kallie Hitzelberger in relief to try and escape the sixth-inning mess without success.

Smithville sent 14 to the plate, ultimately taking the lead on a wild pitch from Hitzelberger and a two-run double. The Warriors then added an infield single and RBI single to left to score the final run of the game.

Only five of Smithville’s runs were earned due to an error in the sixth inning.

Platte County junior shortstop Demi Riechers doubled with one out in the bottom of the sixth but ended up stranded, and the Pirates went down in order in the seventh. They dropped to 13-9 overall and 7-2 in Blue Division play.

Smithville (17-7) sits at 7-0 in Blue Division play and would need to suffer at least one upset loss to lose the conference title. The Warriors swept the two league games with Platte County, which won the first meeting between the two teams in the season-opening Greater Kansas City Classic.

After the fourth, Platte County looked ready to repeat its 2020 path to a share of the Blue Division title, coming back from an initial loss to Smithville to earn a split of the season series. The Pirates took a 4-3 lead with three runs in the third, which started with a single for junior first baseman TK Lawson.

With a pinch runner inserted, Platte County stoled second, and Pirates senior catcher Ali Gill hit an RBI single before being thrown out trying to advance to second on the throw in from the infield. Smithville’s lead was cut to 3-2, and an error plus singles for Riechers and sophomore Anna Crowell loaded the bases.

Platte County sophomore Emma Reed, who finished 3-for-3 out of the No. 9 spot, then double to left field for the tying and go-ahead runs.

After Shields worked around a leadoff single in the top of the fourth, Platte County came to bat and started extending the lead. Pirates junior centerfielder Abby Reynolds led off with a single, and Lawson hammered a two-run home run to center field to make it 6-3.

Shields doubled with one out, and after a shallow flout to left, Platte County scored four two-out runs.

Riechers, who went 3-for-3, singled to center and took second on the throw, and Crowell scored her with a single to make it 8-3. Crowell and Reed came around on Webster’s sharp opposite-field single to left, and she took second after the ball was misplayed.

Suddenly down 10-3, Smithville nearly came up with an immediate response.

Webster dropped a deep fly ball in left field that put a runner on second against Shields with one out. On the next play, Riechers sharply dove to her left to stop a ground ball and alertly came up and threw to third. Reed tagged out the lead runner for the second out, and Shields, who ended up going 5 1/2 inning while allowing nine hits and four walks, recorded her only strikeout to escape without allowing a run.

A three-run inning in the fifth would have won it for Platte County, but instead, the middle of the lineup went down in order.

Smithville’s nine-run inning started with a one-out solo home run and continued with a with a single, walk, error and walk combination that cut the deficit to 10-6. Helmer came on after the second walk and immediately recorded the second out. The next three batters for the Warriors reached, two on walks, before Hitzelberger came came into the game.

Platte County immediately fell behind 2-0 with Shields walking two and allowing three straight singles with one out in the first. The Pirates answered in the bottom of the third on Riechers’ leadoff walk, a sacrifice bunt, single for Reed and Webster’s RBI groundout.

The Pirates finally received a break from their high-scoring, high-stress games but lost a second straight Wednesday at Platte Ridge Park.

Platte County managed just three hits, but a pair of two-run innings against Hitzelberger were enough. She allowed only eight hits and a walk in a complete game effort.

Staley took a 2-0 lead in the first and doubled that with two more in the third. Platte County’s lone run came in the fourth and was unearned. Reynolds walked with one out, and Lawson singled to right before a fielder’s choice put runners on the corners with two outs.

An error on the first baseman allowed Platte County senior outfielder Koree Church to reach, and Reynolds scored. Platte County then stranded the two runners and couldn’t produce any runs off of Reed’s leadoff single in the fifth nor Lawson’s second single in the sixth.